One of the worst service experiences Ive ever encountered. Started with me walking in and having to stand around for 2 minutes and finally walk up to some employees that were chatting behind the bar to pick up my order. I pay and am then told itll be a bit until my order was ready. Turns out they forgot my wings, so the pizzas and cheese sticks were ready, but it took them another 10+ minutes to cook the wings. Then the order sat behind the counter for another 5 minutes until I asked about it. They then put the wings in and gave it to me. The wings were lukewarm, the breadsticks were room temperature and the pizzas were not much warmer. When it was brought up to the employees they just kept repeating that they understand my frustration, but that they had to wait on the wings. Did absolutely nothing to try and appease the customer that now has almost room temperature pizza, and still has to drive home. Eventually requested a refund which involved bringing the assistant manager out of the back who then refunded the money without one question of what was wrong or what he could have done to fix it.

Actually is a -0 star I called and order delivery after an hour waiting they said that my other wasnt placed and they put me on hold and after holding 5+min I called back and they said that they did placed my order but it was set as "carry out" and that it was really and they were gonna deliver it cold ( I agreed to that my kids wanted pizza) it was gonna arrived home in 20min because it was "cold and ready" after 5min after ending the call with them I received a call from Pizza Hut and they said that my pizza wasnt ready and that they had just started making the order and it was obviously gonna take another hour obviously at this point i cancelled my order... thank you Pizza Hut my for the horrible service... p.s not the first bad experience

Placed an order (granted it was 20 minutes before they closed). They took the order, charged the card and never showed. After an hour, we called and someone answered stating it wasnt Pizza Hut. I wish this was the first time weve had issues with Pizza Hut, however, this seems to be the norm. Call dominos, or any other pizza place for that matter. Update: the driver finally showed and gave us a hard time for ordering 20 minutes before they closed. Then he said "the pizza is fine, I think." This is the first time Ive sent food back and asked for a refund. Well never order from Pizza Hut again.

The food is fine, however we never get what we order - and this has happened on multiple occasions. We have gotten the wrong food, theye forgotten food.. And we were left stuck waiting for service while they talked and goofed around with their friends. Again...on multiple occasions. I absolutely REFUSE to ever return to this location. Rather go to Papa Johns or even a further Pizza Hut. Its not worth it. The staff is horrible, just a bunch of children.

Got a large pizza and two orders of breadsticks. Got no marinara for the breadsticks ( didnt notice until almost home). Opened the pizza and it was dry and had almost no cheese even though I ordered extra. The entire pizza may have had 10 pieces of pepperoni on it Also, we live a 10 min drive from them and they wont deliver to us. Major disappointment.

Wish i would have read the reviews first. Seems to be a common theme of long wait times and cold pizza. Thats exactly what i went through. Waited 1 hr for a "41 minute" quote and of course pizza was just luke warm. Only reason they get 2 stars is because driver was nice. These problems sound like a management issue. Get it together pizza hut

The worst experience buying food I have ever had. Time was quoted for 35 minutes then how up at a hour and 20 minutes. Pizza was cold and the driver was ride and stole my change (because there was no way that I would top after that) this place is horrible. I will never buy anything from the 2978 location or ever from pizza hut again

The service over the years has been hit or miss. Honestly mostly miss. The past month or so (as of 11/2016) the staff has been very attentive and friendly. The food has been better and the speed has improved. Wing Wednesday is still a great deal with BOGO on both boneless and bone in.

The family and I go here at least once or twice a month. The food and service has always been great. The staff seems to have fun working with each other which makes a fun environment. Pizza is great right out of the oven....good stuff! We tell all our friends and neighbors.

Walked in and sat down. They said no hand toss pizza available. Seriously?! Ordered a pizza. Waited an hour. The waitress then brought out the wrong pizza and admitted she made a mistake putting in the order (which was one pizza). Never come to this Pizza Hut.

Ordered a big dinner box and had to throw it away. Because it had roaches in it. Then the incompetent store manager named Bubba refused to acknowledge the mistake and replace my order. He told me I was laying and and that I have roaches because Im disgusting.

Complete incompetence. The pizza isnt bad, but the customer service is downright atrocious. Dont order within an hour of closing time or they wont show up at all. If you call to inquire about your missing dinner, they will pretend you reached a wrong number.

Another place with great food and service that puts up with our groups comedial commotion! Its a shame Zinis Pizza couldnt stick around with the surrounding competition. But as far as pizza goes, Pizza Huts not half bad! Will dine in again!

Complete waste of time and money. Ordered carryout only to wait 20 minutes AFTER I arrived to get my order, which they got wrong. Goodbye, Pizza Hut. You are off my family menu from this point on.

Horrible. I sat for almost 10 minutes and was never acknowledged. No one said hello, brought a menu, or even told me they would be with me shortly. Pitiful service. If I could leave 0 stars I would.

Service has gone way better then before from phone orders,delivery drivers and the food quality. good job Samantha the (phone girl)

The selection is pretty small, but the pizza is fresh and not the super flat pieces of cardboard you get at Incredible Pizza.

The services was great! We didnt have to look for her. Service was right on! The restaurant was clean!

I know their very busy, but at least answer the phone and place me on hold, eating at Chick-fil-A !

Great service pizza was good to. Got there late & still got the buffet awesome .

Good food. Sometimes the buffet does not have any food available. 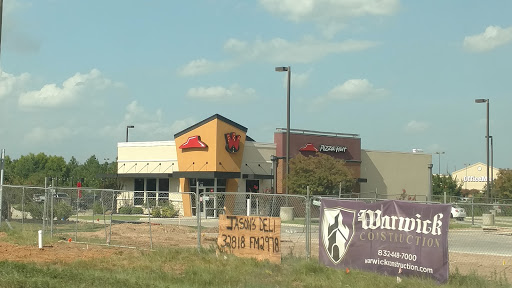 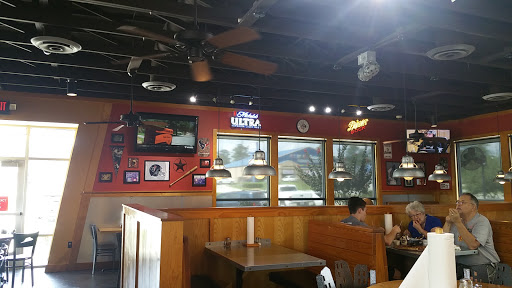 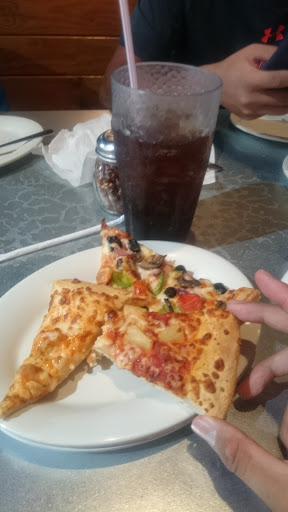 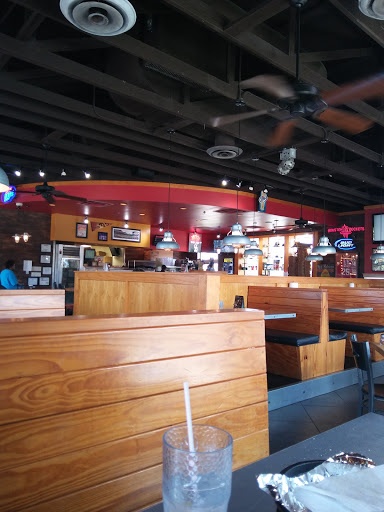 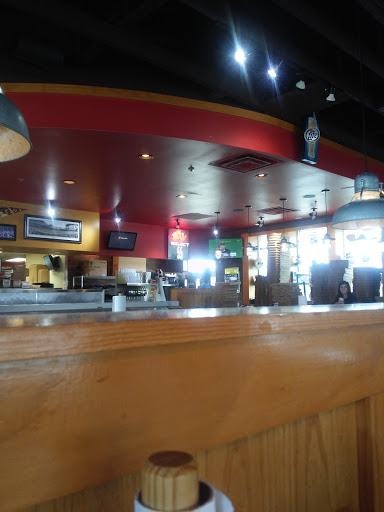