One star for speed of service & staff attentiveness. Monday March 28, 2016 at precisely 1630 hours I called to order a small traditional & beverage for pickup at 1730 hours. I always get traditional wings, extra crispy & all flats. I understand extra crispy wings take an additional six-seven minutes. I arrived at the take-out counter at exactly 1730 & waited..& waited..& waited..seeing others get their orders first. About ten to twelve minutes later, my order was finally up. Extra crispy takes extra time..but, I did place this order an hour prior to showing up. Today, Thursday March 31, 2016, I placed an order around 2215 hours (same order as above but a snack & a small size with a strawberry lemonade) for pickup at 2300 hours. Again, like earlier this week, I showed up at 2257 hours thinking hey, maybe my order will be done early. Wrong. I waited..& waited..& waited.. While I was waiting, I noticed a group of three guys come in. They waited..& waited..& waited..by the time I got my order again, fifteen minutes after pickup time, a man who looked like the manager finally came to greet the guys & seat them (no host was at the host stand). I can be a pretty forgetful person, but, by the time I turned around & realized I never got my lemonade, I looked on the receipt to make sure it was on the order, it was not. So. Like most of the negative reviews, here is another on the service at Edina Bdubbs. Like most, I come here because it is close to work & open late. Four stars for the wings themselves, but again, one star for the guest experience.

read the other reviews, however, its close to home and ignored them. I felt good about the takeout order since the guy repeated it back on the phone. got to the restaurant stood in the takeout section for about 5 min. while being ignored by the wait staff cleaning their tables. Finally searched and found someone who could help me. She told me the cost and I paid for the food. She said shed get the food, its in the kitchen. The order was completely wrong. I was so mad because I read all the negative reviews, so I said I wanted my money back and didnt want the food after she offered to remake the order. She said she had to get the manager. five minutes later she came back and said the manager wasnt coming up, however the manager would take care of the charge. I said thats unacceptable so she went in back again, finally came out with a receipt of the voided transaction. I never did see the manager. this was about 11:15pm on 08/13/2015. Incredibly horrible service, and cant seem to get an order correct according to all the reviews I should have trusted. Apple valley store, and Roseville have always been good, I guess Ill just need to drive to one of those from now on.

Its a buffalo wild wings. Nothing is exceptional, they serve acceptable bar food and drinks at fair prices. There are dozens of televisions on at all times so chances are you can watch whatever sporting event you like. Service at this particular location is always pretty slow. Not always poor service but almost always slow. Not uncommon to have to ask your server or bartender to help you. Im not the guy who is constantly waving my server down, but there are many opportunities for better service being overlooked. Most commonly you can sit there for way too long with an empty drink. Thats bad news in a sports bar. Often we have to catch the server or bartender as they are walking by to pay the tab. I see you seeing me sitting here with my card or cash in hand, empty drinks, and finished dishes -- take a guess what Im trying to do. The staff is pleasant but in general these basics need to be looked at by the leadership. Also funny that you can look back to reviews from a year ago and these were already common complaints that STILL havent been addressed.

I have written a review about this Buffalo Wild Wings location before. So here’s an update. Today, April 22, 2016, I called to place an order for small traditional wings, all flat, extra crispy & a blueberry mint lemonade at 1608 hours for pickup at 1700 hours. This is the fourth time thus far, that I have ordered (pre-ordered) from this Buffalo Wild Wings location. I arrived at the takeout station five after & the only thing ready, yet again, was my beverage. The to-go specialist said “they’re getting your order ready now” 15 after five. Another guest came to pick up an order & waited only a few minutes before leaving with her order. Again, this is the fourth time now that this Buffalo Wild Wings has had me wait over 15 minutes for an order I placed well over an hour before my set pickup time. I understand extra crispy wings take a little longer to cook, but I placed the order at 1608 & told the to-go specialist over the phone that I would be picking up at 1700 hours. Edina Buffalo Wild Wings, you will no longer be getting me as a guest.

Terrible experience, three times. Time 1: the restaurant very lightly busy but yet they told me it would be 15-30m wait because "the kitchen was backed up"... they even refused to allow me to wait at a table/booth- nope, cant be seated at all. Time 2: order placed online, figured they service is not very good, so take the service out of it... wrong. They messed the order up, double charged my card, had me wait an extra 40 mins for my food, and then kindly blamed me for the mix-up. Time 3: 2nd attempt at an online order- same result, but his time lucky enough to have several waitresses and take-out staff literally doing nothing as I wait for someone to help me with the order, as I did want to actually pick it up and pay for it. I gave it three changes, 3 strikes. Call me a fool for trying that many times, I guess the good wings got me, but not again. Theres got to be another place with passable wings and actual customer service, not to mention management that knows how to run a restaurant.

I would say the same as other bad reviews. Very poor service. I dont think their manager would even be a good waitress, rude and they waste your time. I went in on an occasion and asked to just get their sauce in a bottle. They charged me and than after waiting 5 minutes they still didnt bring it to me as I waited at the takeout. Then they said they were out, the manager said she had no more, I said "ill take whats in the display case" she told me "Im sorry, I dont have the keys, an employee took them home". What the hell? they dont have 2 sets of keys to a display case filled with SAUCE. Other times there they were incredibly slow, no service, rude, could be waiting 10 minutes to get a waitress to notice you while 5, seriously 5 employees stand at the front greeting door desk bullshitting! This place is a joke, You would get more consistent service from a drive through fast food joint.

The service is pathetic. The people in the restaurant are racist. Big time racist, they dont like Indian people visiting to their restaurant. It has happened multiple times, they told us that the table is not available when we could clearly see a lot of vacant tables there. When we pointed out one time that we could see an empty table, they just made an excuse and took us to that table. But then the very next moment another server came and asked us to move to a different place. I strongly believe that they should hang a note outside their restaurant that they dont like Indian people given that they have so much problem with our race. They are just spoiling the name of the United States of America. 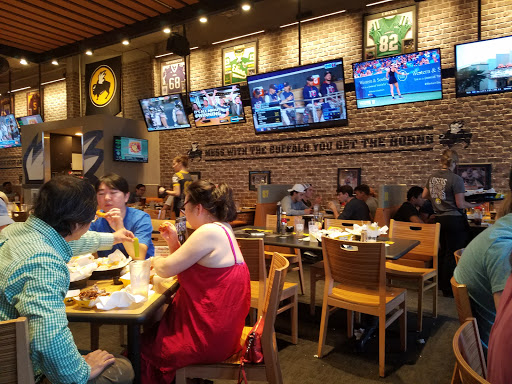 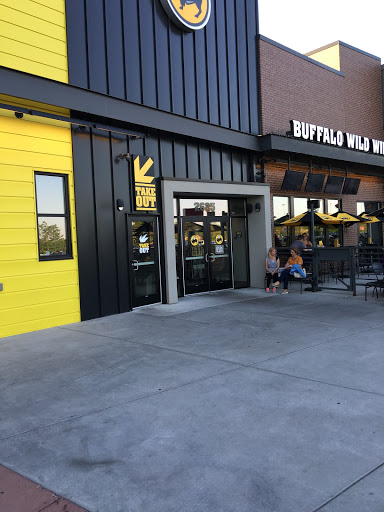 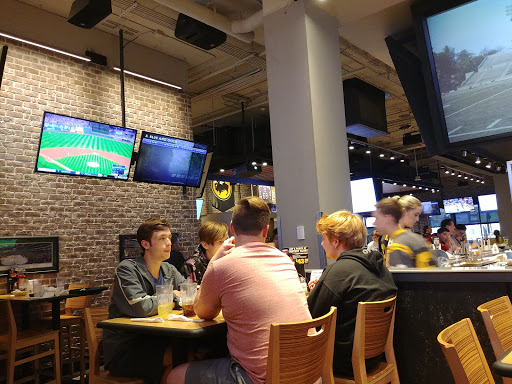 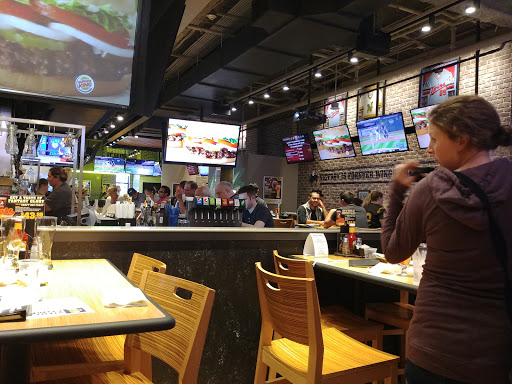 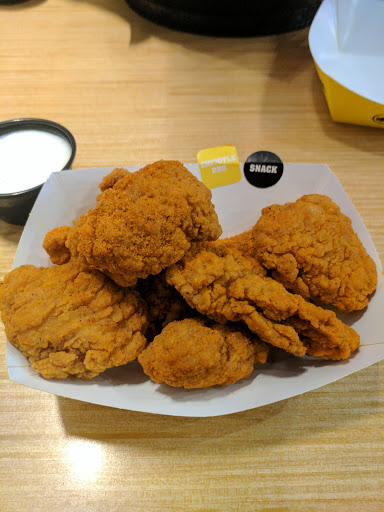 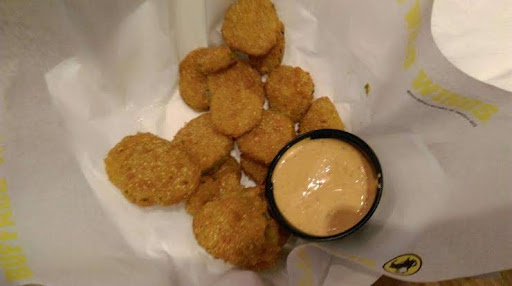 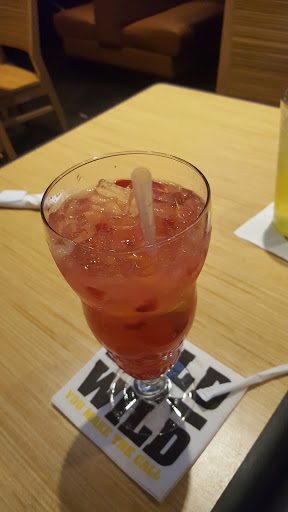 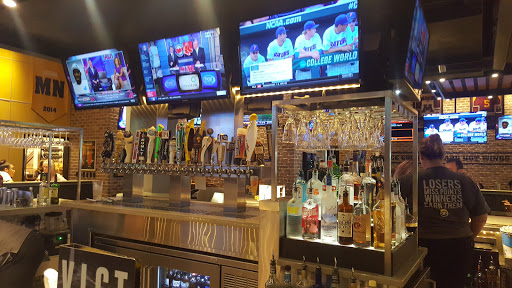 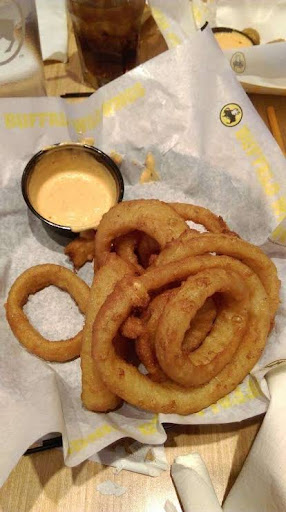 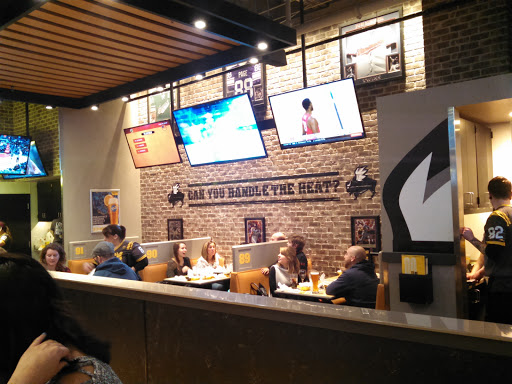 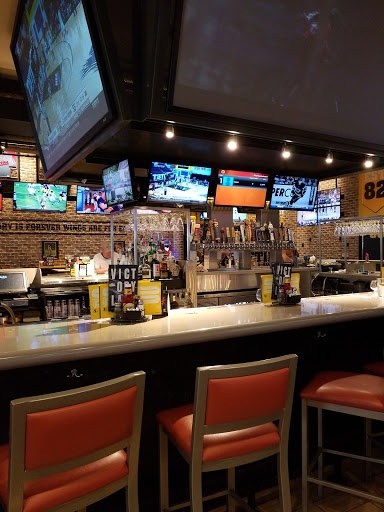 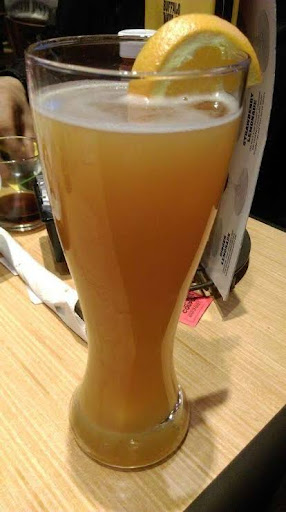 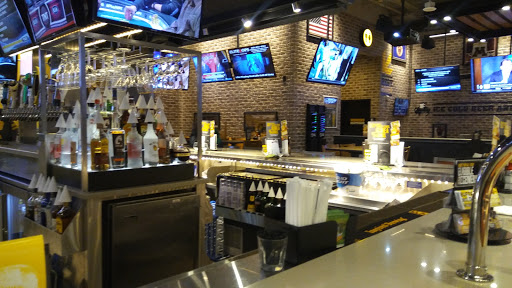 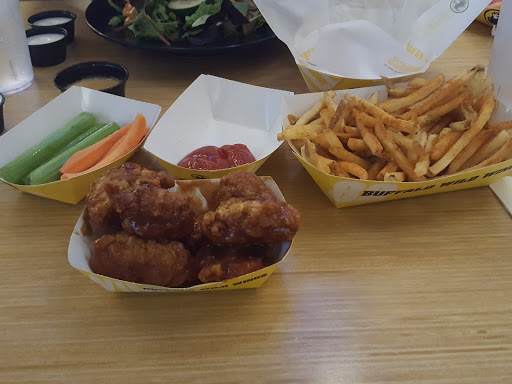 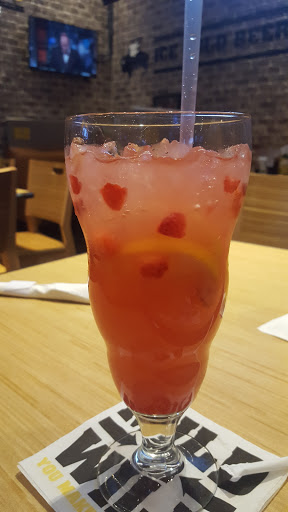