Outside of our waitress, Hayley, this staff needs better customer service training and communication skills. Went here on a Tuesday evening, first thing walking in the door is a gentlemen who looks as if he doesnt want to bothered and is rude to my mother. On the way to our seat, another patron comments about his looks in comparison to another co-worker and he curses at the patron in disgust. Once seated, he gets our drink order and informs us our waitress will be over to us shortly. Hayley was very patient as my mother was indecisive and very accommodating to our requests. We received our meals and my salmon was not the way I ordered it and my baked potato was dried out. As we are done eating, the same gentlemen that greeted us at the door came to check on us, not the manager, to see if we needed anything. I requested to go boxes for our food, and one for the salad bar also. Perfect, boxes were brought to the table and we were gathering our items and ready to pay. Unfortunately, as Im going up to the salad bar with my To go box, my mother notices that the manager is questioning our server and other team members as to why I am up there with a to go box, mind you theres another guy with a clear box preparing a take home salad also. So when I return to the table, my waitress informs me that the manager said shell have to charge me full price for the salad bar; I question why. Reason being, the salad bar is to enjoy there not to be taken home; so I let her know that was not disclosed and Im not paying full price but Id gladly speak to the manager and let her know because no one made that privy to me, even when I specifically asked for a to go box for the salad bar; guess I used the wrong one. As were waiting on the manager to visit the table, the same gentlemen walks by and I try to ask him a question and he ignores me, gives me the hand and keeps walking away, disrespectful! Our waitress continues to serve other tables and were still waiting for a bag and the manager to come to us. After 15 minutes of waiting in a non packed restaurant, she comes over to speak with me and tells me that because I used the black to go box that I would have to pay full price and that the salads arent supposed to be taken home. Im quite perplexed since I specifically asked for a salad bar to go box, and express to her that no one informed me of the price change, or what box to use nor did she let me know while at the salad bar. As a result, she takes my to go box with my food/salad in it, and now Im aggravated and ready to go. Our waitress comes back with the check, but because we were using a coupon our waitress had to wait for the managers approval to apply the discount. After an extra 30 minutes of our waitress going back and forth and waiting on the manager, I told the waitress to forget about it and we just paid so we could leave. I will not visit this establishment ever again, and will be taking a break from supporting Ruby Tuesdays, I frequent them a lot and have never had an issue such as today at other locations that I was afforded to take home salad from the salad bar. Just as there are notices to upgrade or change your sides, there should be a notice that if you want to take any salad home you will be charged full price instead of the substituted side price, the host/hostesses should not be able to freely give out boxes or aid if they dont know the rules or arent allowed.

For starters, when you walk in the door its uninviting. The staff ignores you while youre waiting to be seated (which takes 15-20 minutes) and the restaurant dont even be busy. Then, when they finally go seat you, they take FOREVER to take your drink order, and forever to refill your glass when they do bring it. The salad bar is unkept. Silverware not clean, and the food itself sucked. My hubby and I have been twice. The first time, I was iratated by the long wait to be seated, bc the person that was supposed to seat is was talking and then proceeded to wipe off tables instead of seating us and customers after us. The food was dry (wings), the waiter brought out our food before the appetizer and I was pissed by that. Then the waiter disappeared and we needed refills as well as to go boxes as well as the check. Took him 25 minutes to come back. By then I was so ready to leave bc the service sucked, and I wasnt pleased with my food. My hubby wasnt either. We paid and left. 2nd time, no one came to seat is (even though there were several waiters/waitresses walking around and one standing at the bar. I turned to my hubby and said "lets just go somewhere else", and thats what we did and we WONT be going back there anymore. Management needs to be fired and so does the staff, and they just need to start over bc too many reviews say the same thing. Service, atmosphere, management, and the food sucks...

Where should I begin. Before we ever got to the restaurant, I tried to call and make a reservation. I was on hold for TEN minutes. When I finally did get someone on the phone, she informed me that it was first come first serve. When we got there, there were like only five groups in there, so Im a tad confused as to why I was on hold for ten minutes. Anyway, it was extremely hot in the restaurant. Asked the waiter to turn the air down, which he did. Thats about the only plus throughout the whole evening. The food was decent, but the real reason for the one star review is this. When we asked for the check, we asked the waiter to split the bill. He split it how he wanted to split it making one person (me) pay more than the other. When I asked him to split it down the middle, it took him five minutes to come back all to say I was being charged the most. Me being me, I was like what if I didnt have that in my account? He was so nonchalant about it. Ive waitressed before. All he had to do was void that transaction, and re-ring it. Being that the restaurant is about to close tonight, I guess that was just too complex for him. He messed up, but its my bill. I have the money. Its just the principle. He should listen next time. He hardly got a tip.

Unfortunately, the service and food quality here seems to be going down, such that it is still cool for a quick bite or some drinks, but not necessarily full meal .... The pricing isnt consistently comparable to taste and service! The best way to describe food and service is: Inconsistent. There is only 1 thing thats consistent, and that is the older white woman that works the To-Go.... She is the only person always pleasant and has good service to her ability. Otherwise, you will definitely fall victim to poor service, attitudes, confusion or just lackadaisical - ness. The food quality is inconsistent as hell. Some if the food might be good, but some bad - and which dishes or part of the sale bar is good or bad varies. I even had a time when they didnt have any more brownies, and I was given shortcake drowned in chocolate sauce ... like I wouldnt know the difference! Another time, the salad stuff was fresh and great (today) but the humus and potato salad were terrible, when previously not the case. Wait times (not for the food, necessarily) for the service can be ridiculous..... Waiting forever for bill. Or waiting forever when you ask the server to check on a dish, etc. (Sigh) Inconsistent 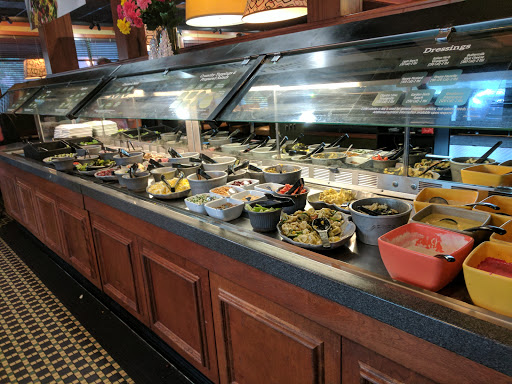 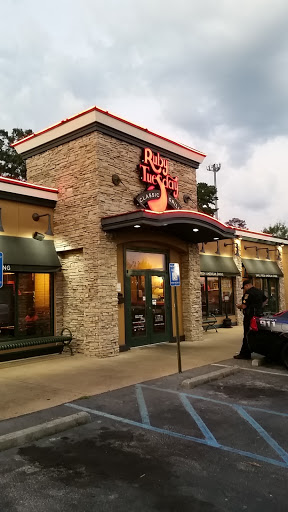 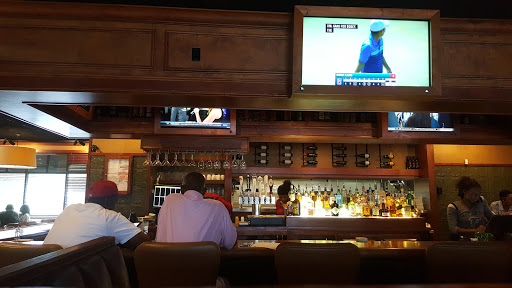 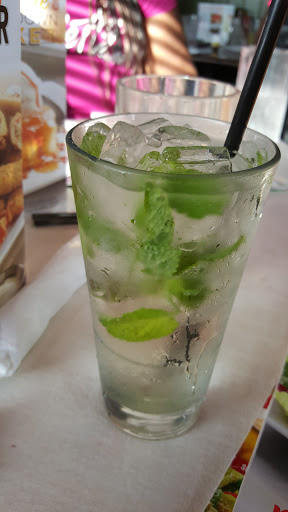 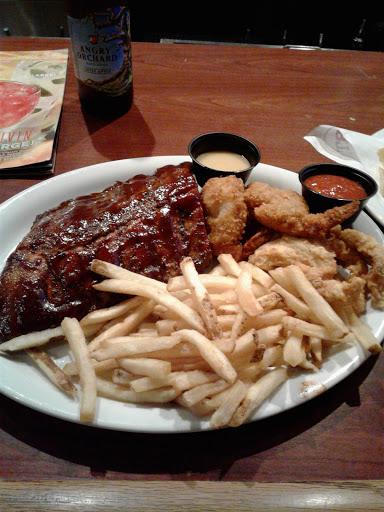 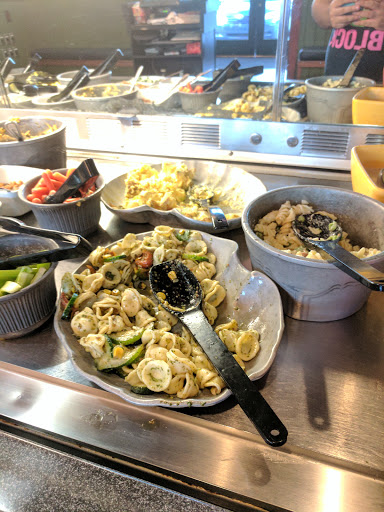 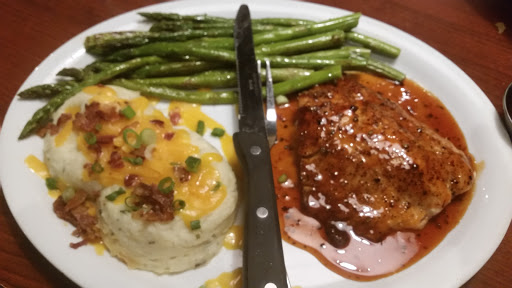 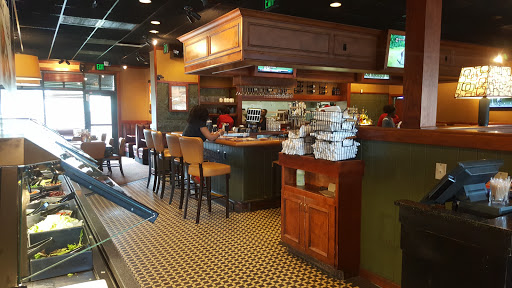 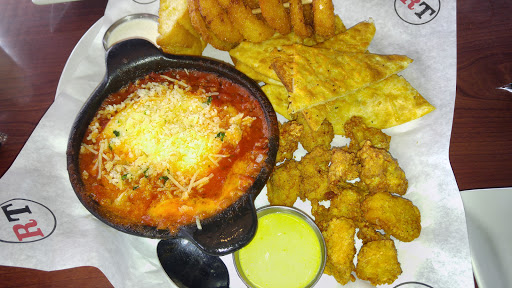 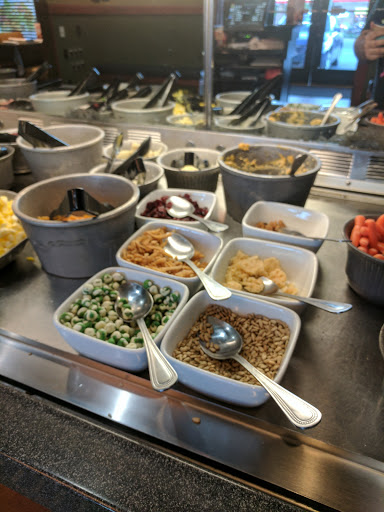 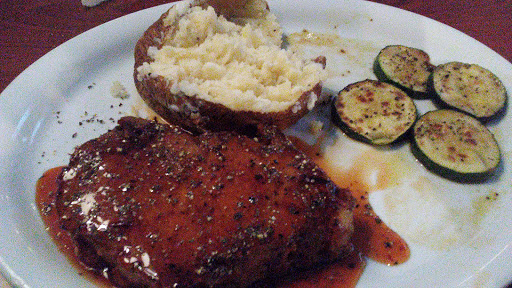 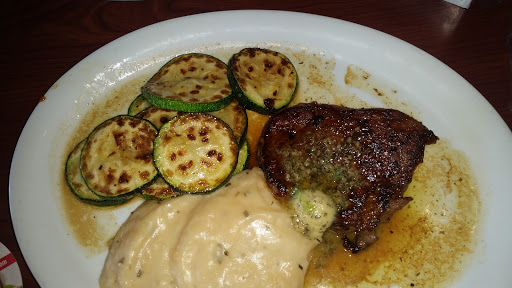 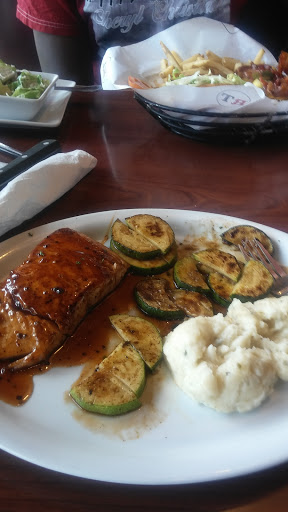 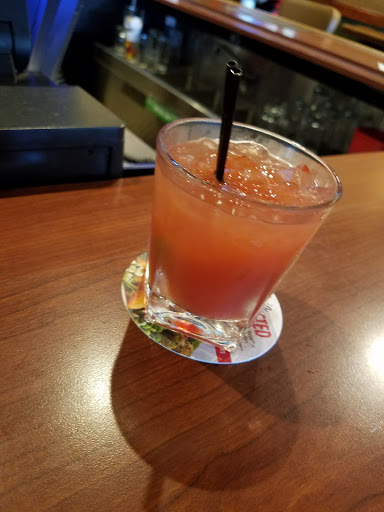 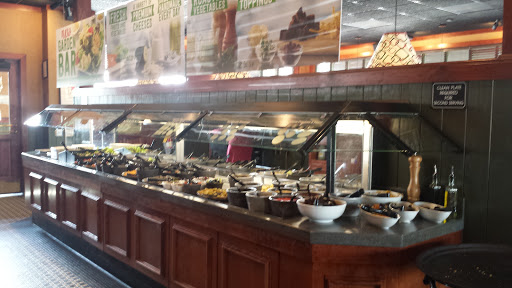