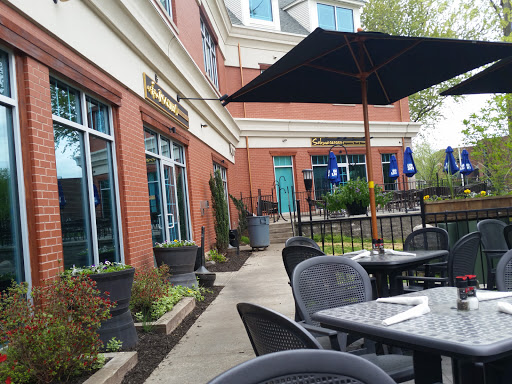 Went for the first time yesterday and was NOT impressed. The appetizers (beef wellington bites and maine lobster roll) were decent, but it just went downhill from there. My boyfriend ordered a double double (some pink) and got a well done, dry burger. I ordered the fishermans platter (a daily special - 3 fried shrimp and the fish & chips platter) and was sorely disappointed. I took 2 bites of the fish before catching a whiff of ammonia. I smelled the fish and determined it to be the source - which means the fish was not fresh when it was fried and put on my plate. Ive never sent a plate of food back before in my life, but I was so disgusted. The waitress asked me if Id like to order something else, but I was so turned off that I just ordered some french fries - hard to mess that up, right? Someone appearing to be a manager came out with my fries and apologized for "the mix-up." Mix-up? Bad fish is not a mix-up! He was clearly trying to appease me without admitting any fault. He said of course theyd replace my food "if I didnt like it". I was shocked - its not about whether or not I liked it. It was inedible and could have made me sick! However, he did not charge us for the platter I sent back or the fries I ordered to replace it. Overall the service was friendly and the atmosphere was okay (a little noisy), but the food was not up to par and we wont be going back.

We went with another couple for a night out. It was packed. The restuarant is fairly small but the seating was comfortable. We had to wait about 10 minutes for a table. The restaurant is billed as an upscale burger place and its lives up to that in decor and pricing. There are lots of burger options but the menu does not seem overwhelming. They also have a small selection of items that are not burgers. Service was a little off. The waitress promptly greeted us, but it took a while for drinks to arrive, even then we had to ask for things that she forgot. She was friendly but obviously tired. Her "check-ins" after the food arrived consisted of her walking by the table as she glanced over at us. 3 of us ordered burgers. My husband had the meatloaf. Burgers only come in two styles. "Some Pink" and "No Pink". I ordered a standard burger with carmalized onions instead of the raw ones. It came with a "special sauce" that was some sort of flavored mayo. It wasnt bad, but it wasnt great either. With all the hype about this place I expected the food to be better. I tasted my husbands meatloaf and was very unimpressed with it. It was bland and didnt have a lot of flavor. But then its a burger place so I didnt expect much from something that wasnt a burger.

We chose this place because it was close to the hotel it was recommended by one of the guys who had been there before I havent read any of the reviews but Im going to guess that it got such great reviews because of the hamburgers I dont know what I was thinking by not getting a hamburger but I was excited to get the lobster roll since I was on the East Coast. It was around $15 and it came with chips it was disappointing the celery was overpowering huge chunks. I think it should have been advertised as lobster salad roll cuz I was expecting buttered lobster it was probably smaller than a hot dog bun but the bread was very good they did have a good assortment of beers to try. Other people who had the hamburgers that they loved them if I go back Ill try the hamburger. So I would recommend this place if youre in the mood for a hamburger;)

Tonight, my dad and I visited Plan B Burger for the first time. We are relatively new to the area, having lived in Texas before this (lots of incredible barbeque and burgers). I ordered The Squealer, a half pork, half beef burger with the most perfect bacon Ive ever seen and tasted, a quality American cheese, just enough lettuce, fresh tomatoes, and pickles. It tasted salty, and savory. Nothing in the gourmet burger was over seasoned, or too "loud". The flavors were very well balanced, and the fact that the patties are ground fresh in house definitely showed, as the burger had a texture that I had never come across before. The truffle fries were also fantastic. On top of all of this, the prices were fair! I highly recommend this restaurant. My family and friends will be stopping buy again for sure.

I normally love Plan B but I must admit my last visit was an absolute flop. It was my birthday so I selected Plan B as it normally is awesome with great food, service and beer selection. I suppose I just had a poor experience. there was a pumpkin tap takeover which in my opinion was horrible. I passed on the beer and tried for a Gin and Tonic. Something was wrong with the Co2 so it was flat. Fine, Ill settle on water tonight. The last straw (other than slow and lousy service) was my meal coming out cold. Ugh... Plan B, you can do better.

Went in for some food/drink before a country concert in Hartford. I work in Glastonbury and always wanted to try this place. Did not disappoint! Kelly was our bartender/waitress. She was just great, so pleasant and friendly. Ordered mushroom burger and the cobb salad, which my girlfriend and I split each. Kelly had the salad split so we each had our own bowl (nothing crazy but its the little things) and of course the burger was cut in half. SO GOOD!!! Atmosphere, staff, food, all A+. Thank you Plan B!

I hate to say it, but plan b just isnt what it used to be. The menu has changed drastically, alot of their burgers are gone. And while the food is solid, its not good enough to keep me coming back regularly. I hate to say it, but its kind of generic American burger fare now, theyve lost that inspiration and interesting pizazz that made them great. Dont know if theres been a change of management or overall ownership, or what, but the direction theyre heading isnt great

Great place for lunch and dinner. Casual dress and atmosphere. Great beer selection: local and national. Everything on the menu is good eats; no complaints. Great service if youre not in a rush. Gets busy often. Only complaint now is they have taken their famous and my favorite... fried pickles and peppers. Theyre changing to a gluten free menu selection. My comments... screw the glute and bring back the pickles and peppers!

Took over 10 minutes to seat us even though 5 tables within site of the entrance were completely empty. It was incredible how rude/lazy the hostess and what I guess was a manager were. The wait staff is great and food is good but I dont understand why the front staff and management always seem like they hate that customers come in and want to eat instead of go to bar. This place used to always be full but now I rarely see it full.

These guys know how to do organic and gluten-free! Now that is a rare find in the restaurant industry. I can order to-go right from the bar and its ready in 15 minutes or dine-in, both of which Ive done with great satisfaction. Awesome burgers and salads, yum. Have not ordered anything fried as I understand that the fry oil is shared by both GF and gluten containing foods. 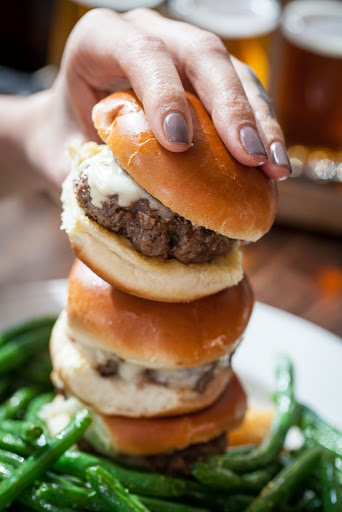 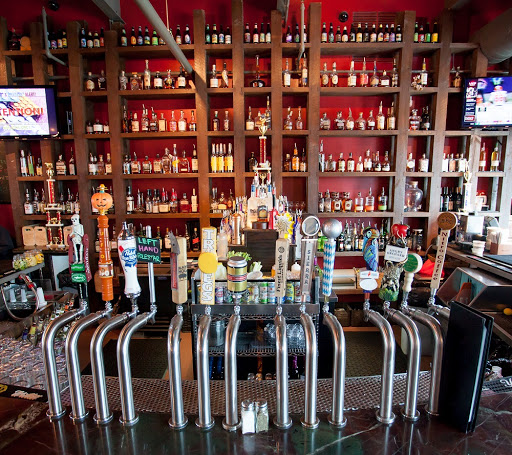 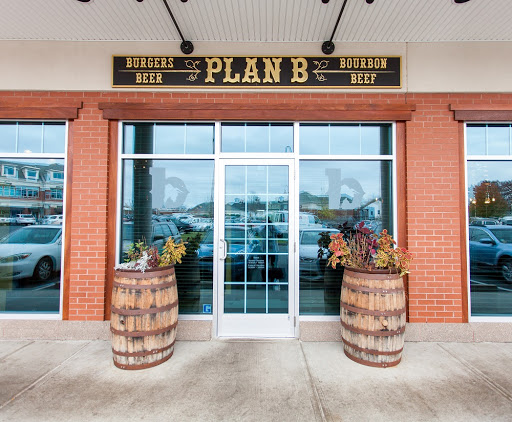 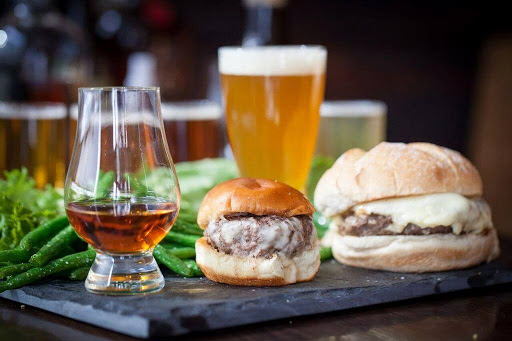 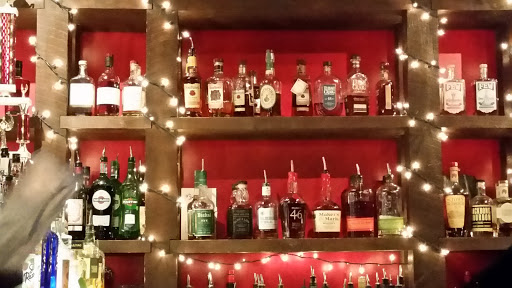 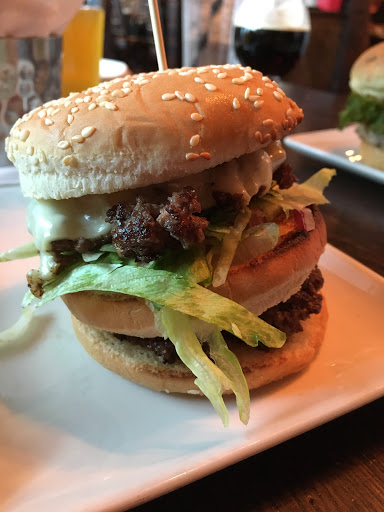 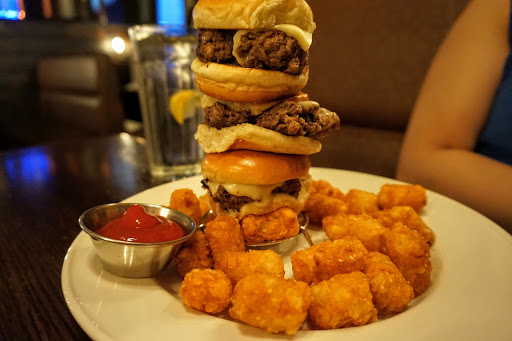 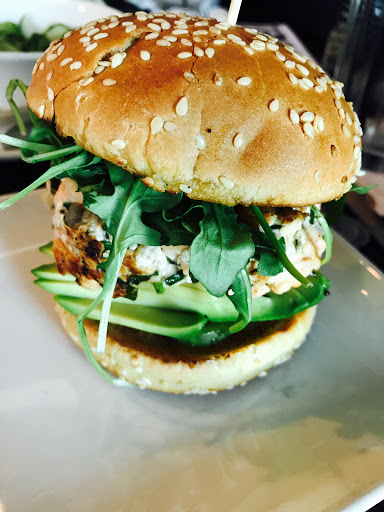 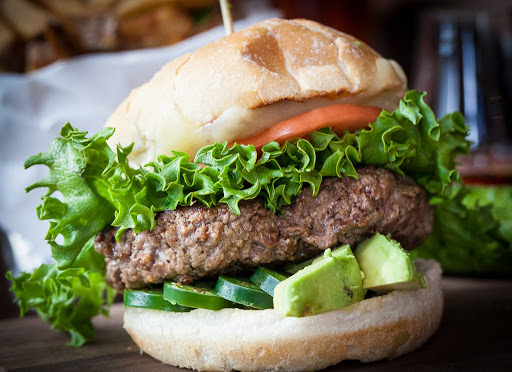 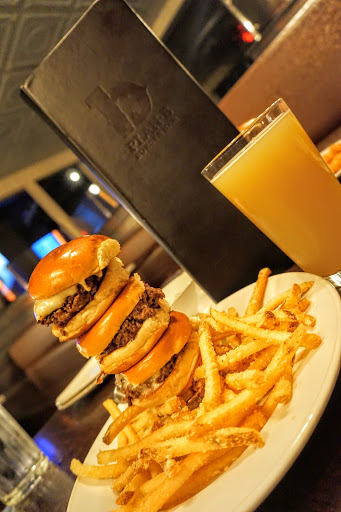 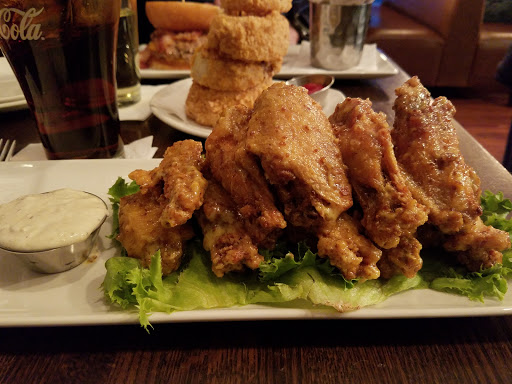 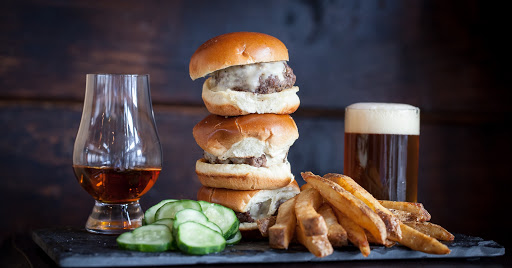 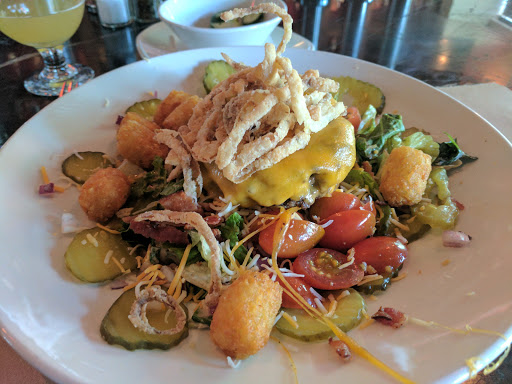 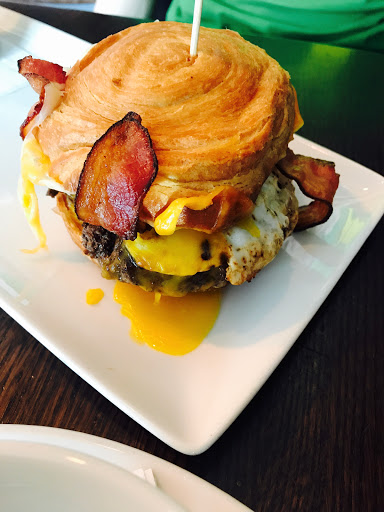 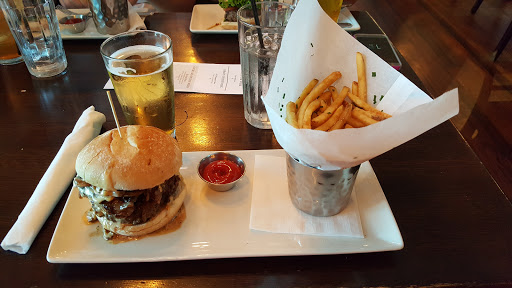 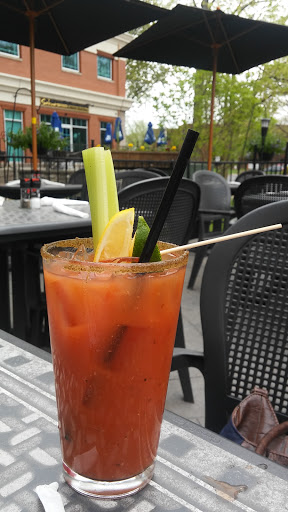 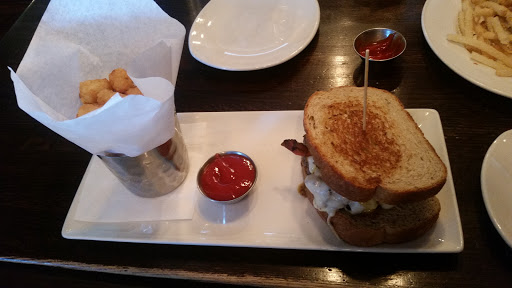 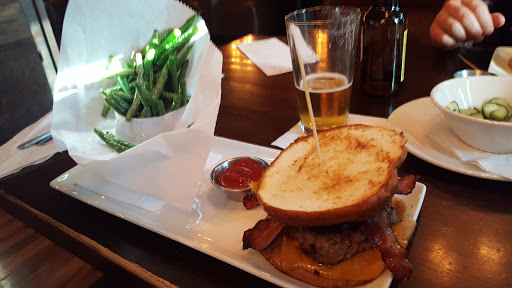 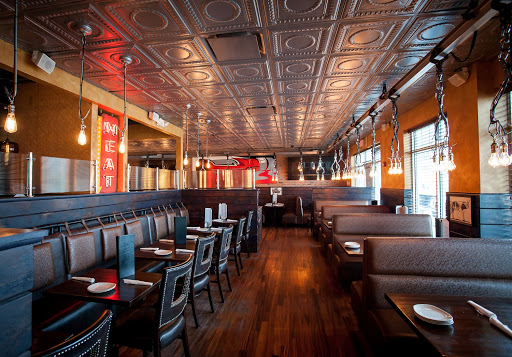 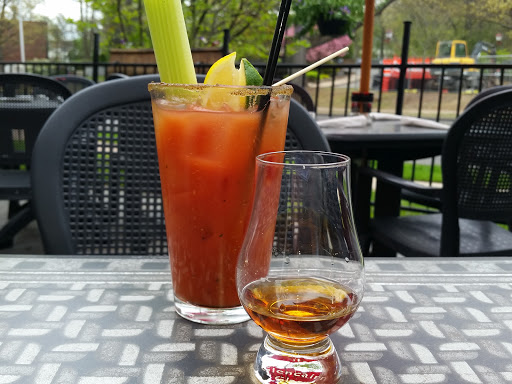