The food was not the problem. It was good. The buffet was good. But the buffet was not good enough to tolerate what else was going on. The issue was that we had a large party of 9. There was no problem getting a table since we beat the church crowd in. The problem was that shortly after we sat down, we could tell that we were being herded right back out. They suddennly got busy, and they wanted our tables. They got our money, and now they wanted the next peoples money and they were going to do everything they could to chase us out! We were not in there for a terribly long time either, maybe 45 minutes. Come on, we had a large party and they were getting 13 bucks a head, plus drinks, thats well over a hundred bucks for our table! We deserved to enjoy our lunch no matter what else was going on. I only had a chance to make 2 relatively small trips to the buffet, never did get a chance to see what all was on the buffet, and when I went to get a spoon for my ice cream, they were carrying off my bowl of ice cream and clearing the table. My wife had to tell them to to wait. On top of that, we never did get our drinks right. It was my first and last experience at this place. They dont seem to understand a basic concept of the hospitality industry. A paying customer deserves to have the full experience of whatever is being offered. We were paying the same price as the people at the next table and the same as the people who were waiting for a table. If people at the front were getting impatient, they should have gotten there earlier, like we did. As I said before, we were not there an overly long time. I only had a chance to make 2 trips to the buffet, getting small portions each time I went. We were there less than an hour, maybe even less than 45 minutes and the restaurant was packed, so getting through the buffet was time consuming. This added to our time there. I would not recommend this place at all unless you enjoy being herded in and out like cattle and you like the idea of being rushed to pay up and get out!

Jasmine Buffet is exactly what it advertises - an oriental buffet. Take it or leave it, they live up to that standard. Food: you can eat sushi (for an extra $1 per 2 pieces), traditional San Francisco Chinese foods (sweet and sour chicken, everything but the table fried, deserts, 4 different soups, Japanese dishes (teriyaki chicken, no tempura), salad bar (all the traditional trappings, potato salad, pasta salad), and a few Southern treats like crawfish. Service: there was a poor, mumbled hand-off between our English-speaking hostess and the young man who was tending our section and likely only spoke Cantonese. We tried to ask a few basic questions (Do we just go grab plates?) and were met with a non-comprehending smile and then he left. He was johnny-on-the-spot with our refills, but we were left completely to fend for ourselves for everything else. Restaurant interior: our table was mostly clean. The carpet in the entire restaurant is basically brown. Not a big deal until you notice that it is supposed to have a light pattern that can only be seen within about 8" of a wall. Overall: Im glad we tried it. The selection was remarkably broad and seemed fresh (if slightly overcooked, at times). The cleanliness of the restaurant makes me suspicious that the food will come back to haunt me.

Yall tried to warn me internet land but I didnt listen to the reviews. 34 bucks for the greasiest, nastiest chinese my partner and I ever had. Both of us have messed up stomachs, headaches, nausea, and just overall feel like dog poop. I cant say for certain but Im pretty sure our headaches are due to the food being loaded with msg. Golden City buffet was a whole lot cheaper and way better than this fancy looking rats nest where the servers stand all in your way and hardly ever check on you. I sat with an empty glass for over 10 mins and with that greasy nasty gunk they call food needed more beverage. If you want food that isnt drowned in grease, dont go here. The only non-fried option is the sushi, which by the way isnt included in the price. And I just finished puking my guts out which actually wasnt too bad, feel better with that junk out of me but now Im hungry again lol. And FYI, I told the girl at the front about how greasy and nasty the food was, and she agreed with me wholeheartedly. She said its how they cook back there. So that should tell you how this place is. And no owner, I will not be coming back, and you will not change your service.... not the best at answering other peoples reviews are you.

We went here with two adults and 4 kids. One kid was 3 and the other 4. The rest were school age kids. We ate and was not offered napkins or one single refill. The other adult was given the wrong drink and when she correct the server he said its what you asked for instead of maam Im sorry let me correct it. I asked for napkins twice and drink refills twice. Two servers came to count is while we were eating at least 5 times. We got the receipts and was charged almost $14 in gratuity for piss poor service. When I complained to the manager Jennifer Wong, she said but when you asked they did bring the napkins. I told her yes but after waving them down and thats not the point. She said even if the service is poor they charge gratuity. Finally after telling her I would tell everyone of my colleagues that recommend this place to never visit, she knocked off half which still was unfair.... My opinion. I actually liked this place but will never come back.

I dont even know where to begin. Came in around 8pm and everything including the sushi was old and stale. Broccoli and chicken was cold the rice on the sushi was hard and the sushi itself was warm. My girlfriend and I both spit out food more than once and when I asked to speak to a manager the host told me there was not one on duty.. She asked the server about us and she returns to say that the server had taken many plates from our table and that we just "wasted" food.. I have worked in the service industry for 13 years and I am against complaining and wasting food but you would think if Im not eating my food then there is something wrong!! I wouldnt come and spend $30 for 2 people to just come in and "waste food". Its very unfortunate because I have ate here plenty of times and have NEVER had a problem with the food or staff. Tonight has changed my mind about this place entirely and I will not be returning because of tonights experience.

First visit here. We were extremely pleased. Very nice dining room and pleasant staff. But the food was outstanding. We have been to many Chinese buffets in many different places, but this one stands out. The food was hot and fresh. They bring it out in fairly small batches and keep refilling. They have many items that you do not see at other similar buffets, such as oysters on the half shell and mussels. But what stood out for us was these small crabs that were split in half and fried. There were not soft shell , but they were delicious. Some other tasty ones were the salmon (moist, flaky and flavorful !) and the chicken wings. And the price was amazing for that quality of food. We will definitely be making Jasmine a regular destination. 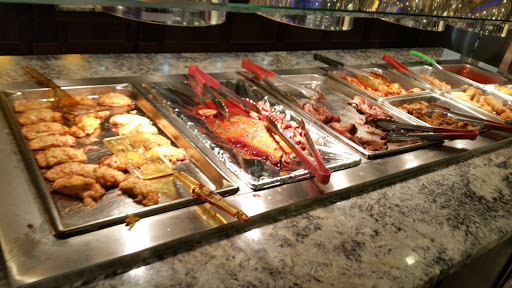 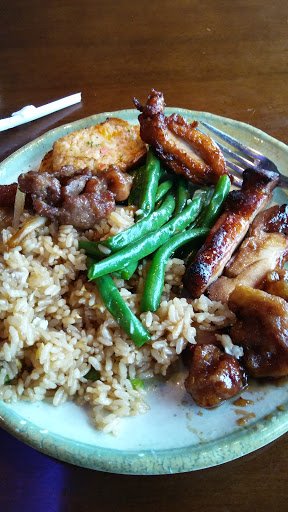 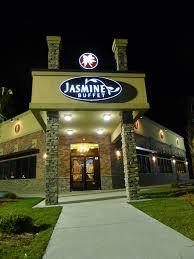 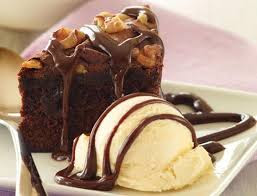 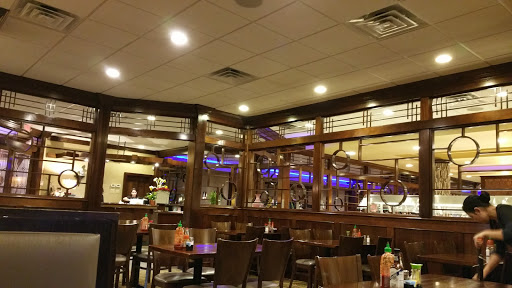 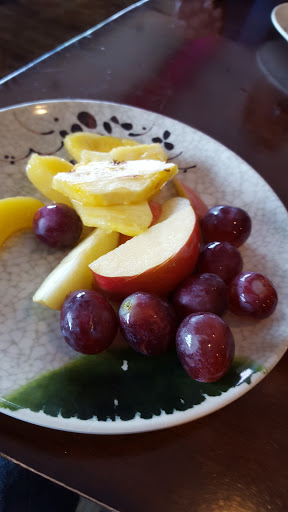 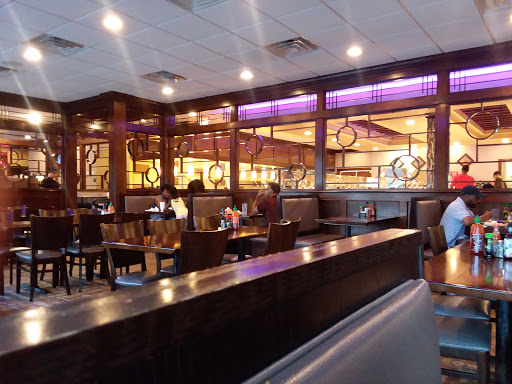 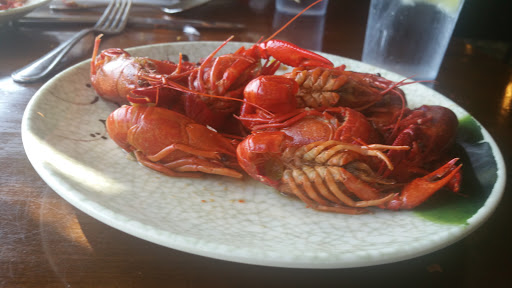 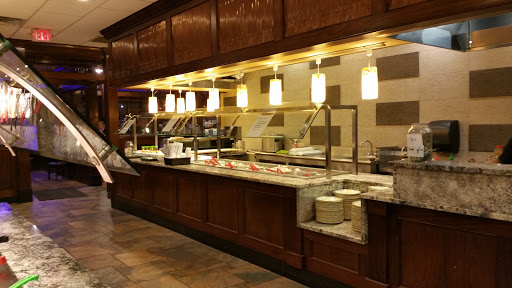 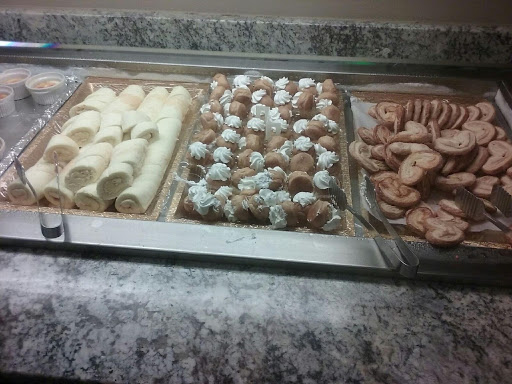 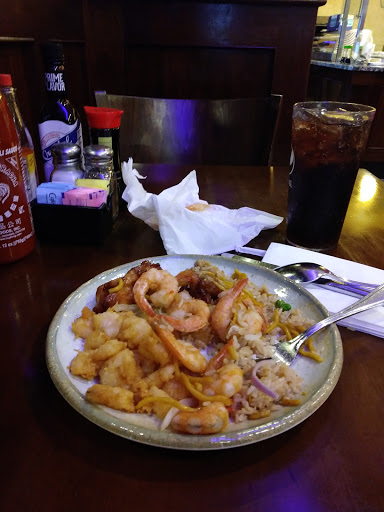 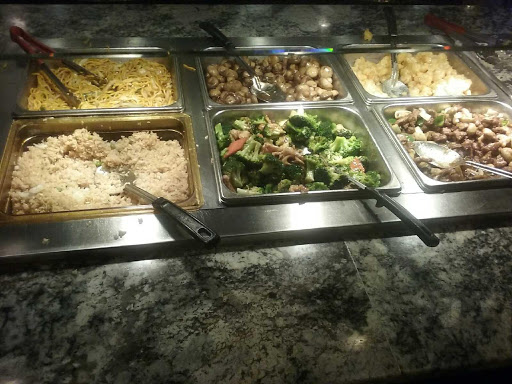 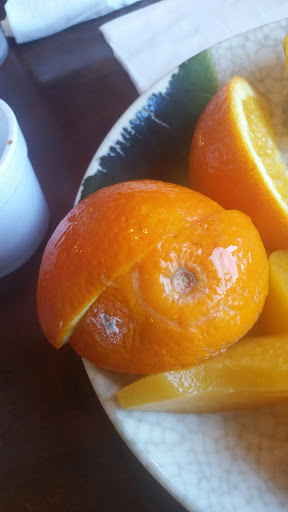 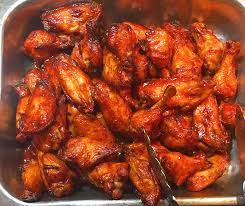 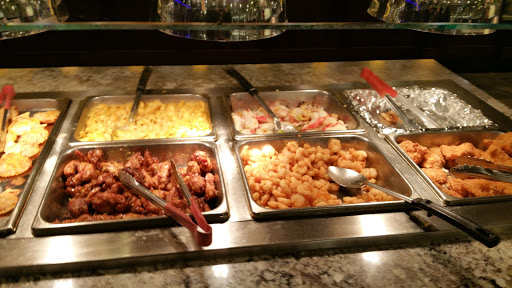 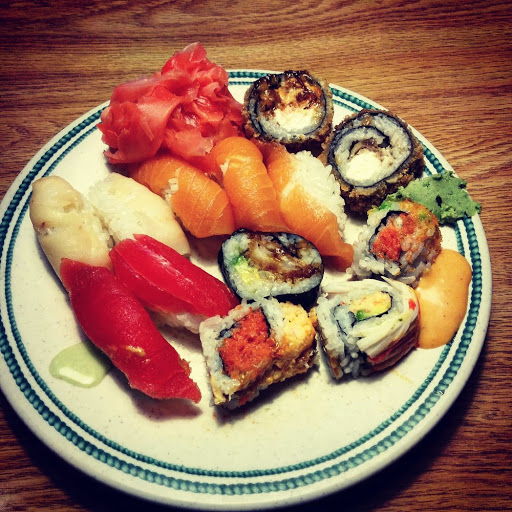 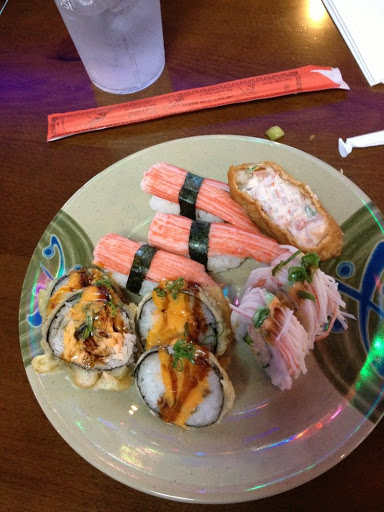 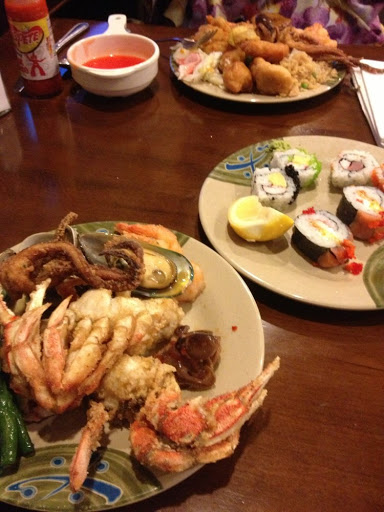 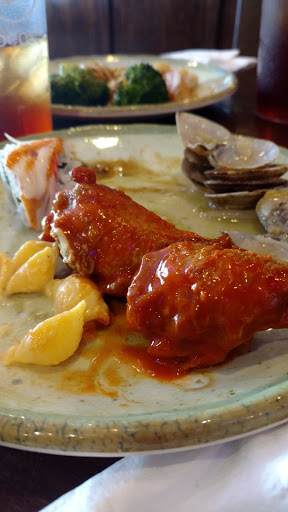 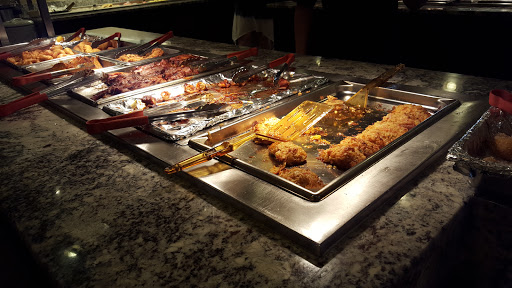 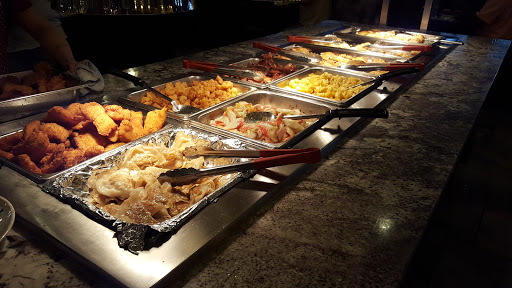 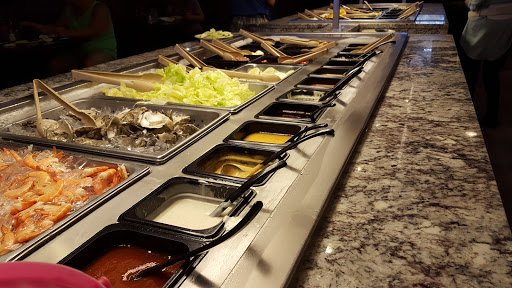 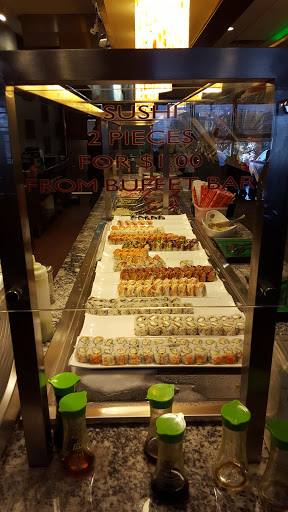