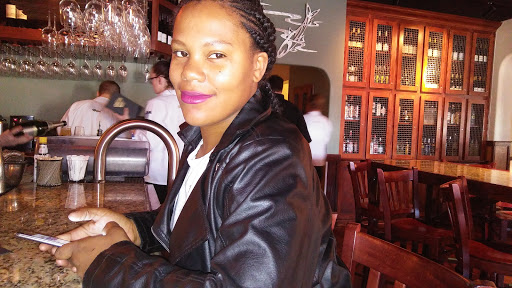 Bonefish Grill is located in Kentlands near the Red Door Spa. Its a popular place to go for lunch. In the bar area, there are a few tvs, bar seating, and high top tables - perfect for corporate happy hour, watching sports, or grabbing bar bites. In the dining room, there are booths and tables. They were playing hit songs from the 1970s and 1980s. The restaurant was decorated with lit metal fishes and island sculptures. The service was a bit slow as they have only two servers. Our server Chris was nice, polite, and friendly. Honestly, I love the delicious food but wish the portion size of the entrees were larger. For drinks, my mom and I had Arnold Palmers but requested their Honest Raspberry Iced Tea to be blended with their homemade lemonade. It was served over ice and garnished with a fresh raspberry. I liked how it wasnt sour but it was pretty sweet to me. I was surprised that they didnt serve bread and butter during the meal. For entrees, I ordered Lilys Salmon. Since Im not a big fan of goat cheese, I had the choice of switching to Danish Blue or Feta Cheese. Lilys Salmon was marinated and grilled with special seasoning, topped with sauteed spinach, feta cheese, artichoke hearts, and garnished with chopped fresh basil, in lemon basil sauce. The salmon was tender and quite flavor. The Lilys Salmon came with a choice of side - house made french fries, pesto couscous, or coleslaw. I substituted my side for a Bonefish House Salad. The Bonefish House Salad consisted of freshly cut romaine lettuce, hearts of palm, kalamata olives, and grape tomatoes, garnished with pumpkin seeds, and served with citrus herb vinaigrette on the side. My mom ordered the Grilled Fresh Fish of the Day, which was Arctic Char, described as a mix between salmon and trout. The Grilled Arctic Char was marinated and grilled with special seasoning, topped with one of their Signature sauces - Mango Salsa. My mom substituted her side for a Caesar Salad. The Caesar Salad consisted of freshly cut romaine lettuce, garnished with croutons and grated parmesan, and served with garlicky Caesar dressing on the side.

Experienced very bad management/kitchen practices here for our dinner yesterday, 8/23. We waited approximately 25 minutes for our dinner to come out (which is perfectly fine), however, when we received it - my entree and the childs entree was cold. Not just lukewarm, but cold. Wifes entree was hot. You could tell mine and the kids entree was prepared at least 15 minutes before my wifes if I had to guess. The soup had a thick film on top from sitting, and my sandwich and asparagus was just cold. I brought this to the attention of the server and manager, who apologized and took my plate (since my child had mac n cheese, she didnt mind it cold). About 5 minutes later the manager re-delivered my entree. Same entree. I couldnt believe it - they just took my plate and microwaved it. They gave me the same sandwich, soup, and vegetable back - on my original plate. What restaurant does that?! Especially a name brand, supposedly higher quality restaurant such as Bonefish. So I got an old sandwich that was re-zapped in the microwave. How do you think that tasted? Yes, bad. To their credit the manager did not charge me for my entree, nor our dessert. Thats the only thing keeping this from being a one star review - but their kitchen practices are abysmal. You dont go and re-heat a customers entire plate in the microwave when you serve it 15 minutes old. You make a fresh one.

I went with my family recently to the Bonefish. It was very busy and we had not made an appointment so we had to wait around an hour and 30 minutes for a table. My parents were getting very restless. The manager observed this and came over to talk to my parents. He then brought a waitress to keep us occupied with some of their shrimp samples. Eventually my parents started lightening up and we were taken to a table. We had ordered 2 bang bang shrimps for an appetizer (the best everrrr; $5 on wednesdays) and it was brought out by none other than the manager himself. He also informed us that due to the delay in getting us seated, one of the bang bang shrimps was on the house. My parents went from being very hungry and grumpy from having to wait for so long to very happy and lively. We tipped the waiter very well and we really appreciate the good customer service bonefish provided us in face of the circumstances.

Went there last Sunday for Diner after seeing Black Mass. Great movie FYI. Service was good. Tuna app was ok, cream sauce is kinda unnecessary. My girl ordered the swordfish with pumpkin ravioli. Ravioli was ok, but dry. Swordfish was decent. My meal, medium rare filet was gross. Literally, not good. Tasted like it was thawed in a microwave and cooked the same. Sides were rice pilaf (was that rice, or diced cardboard?) and spaghetti squash....I hope no one ever has to taste that stuff again. How is that even food? Not to mention, the presentation. All three dry as dirt on a white plate, looked like I was eating in a prison. I like Bonefish, Ive had good experiences there. But that meal was god awful enough to write a review so they will hopefully they read this and take more pride in delivering a meal that costs $100 with tip. Shameful.

The worst service ever! I visited this restaurant recently to pick up a take out order for my family. Upon arriving home, we determined that the appetizer was not included in the bag. We promptly contacted the restaurant and they checked with the bar manager, who insisted that he and the attendents are sure that they made no mistakes. We were basically called liars and told to come in and get another appetizer. Ive never been treated like this before. My husband and I would never lie for some bang bang shrimp. You would think it was gold. It was such an insult for us and I called and complained and also left a message for the manager that was never responded to. As for us, well never visit this restaurant again.

I was hesitant to try another national chain restaurant, but when I saw the reviews for Bonefish Grill in Kentlands, I took a chance. I should have gone with my instincts. The noise level was awful, the margarita was mostly ice, one of the lobster tails was raw, 1//2 of the Kobe Burger was under cooked. By the time the waitress asked about our food, we were already 1/2 way finished, but I did send the lobster tail back. The waitress kept disappearing and making incorrect assumptions. We were brought the check without being asked for dessert and never offered a coffee refill. I dont know if Ill ever go back even if I was given a free cup of soup while I waited for my food to be served cooked.

My husband and I have enjoyed this restaurant for years. We went on Saturday evening and were very surprised by the poor service and food. the waitress was training someone so our plates sat on the table long after we finished. we had to literally flag the waitress from across the room. The side salad had ice burg lettuce, which for a upper priced restaurant is inexcusable. any salad at this caliber of service should have nice leafy greens. The margarita so looked forward to on hot evening was watered down and virtually without tequila. All in all very sad. More training is needed on both prep and service here. 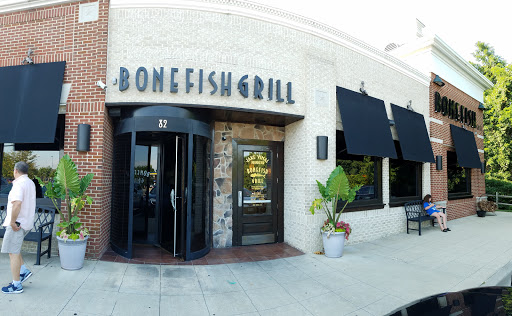 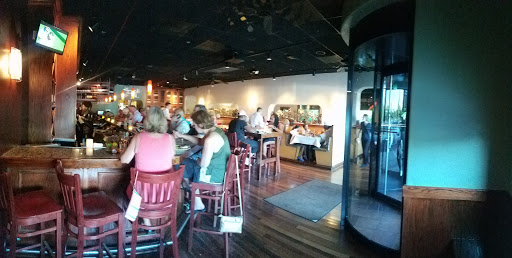 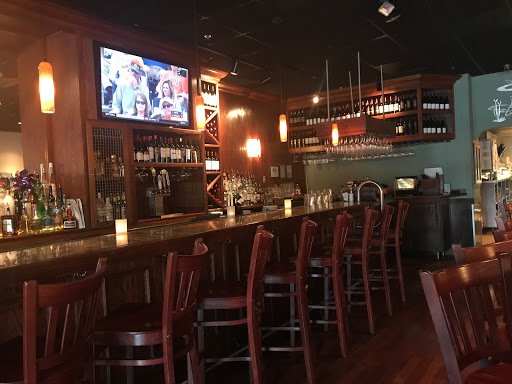 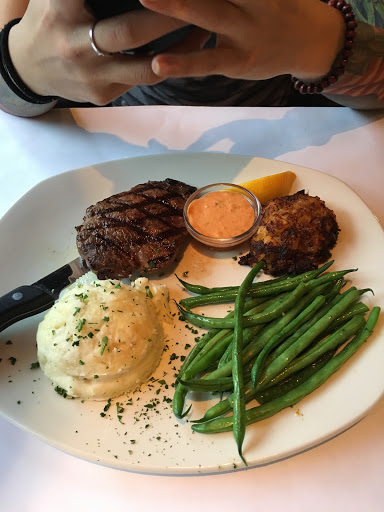 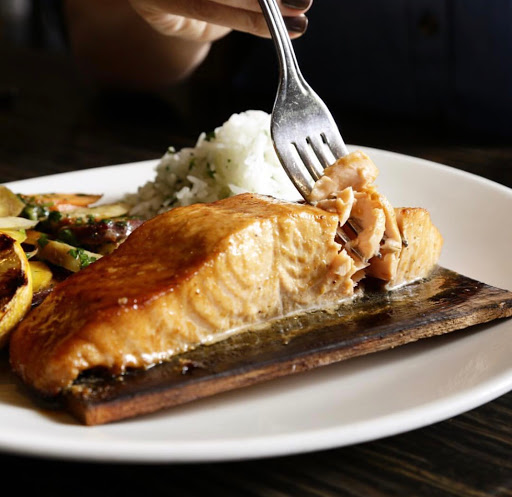 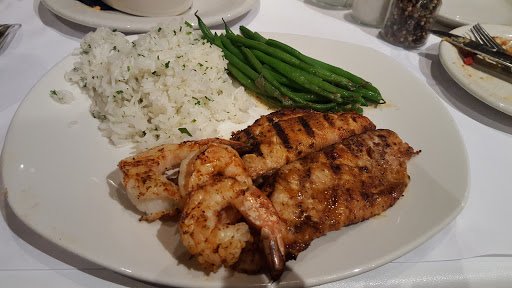 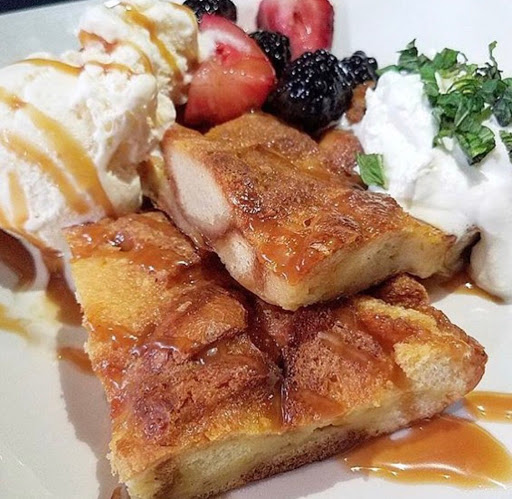 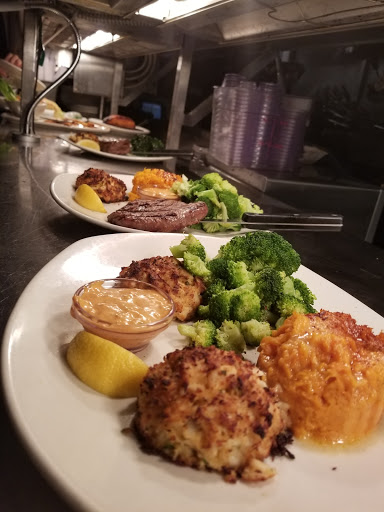 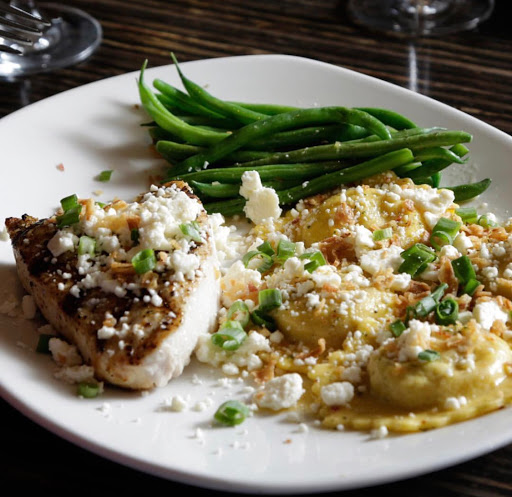 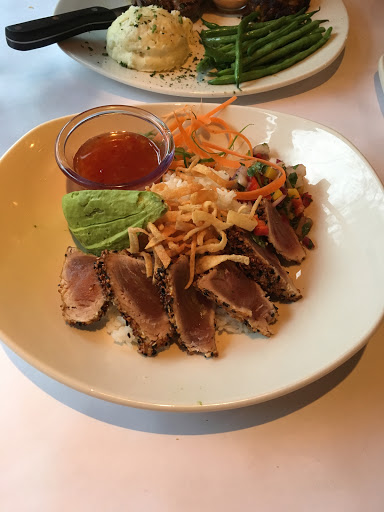 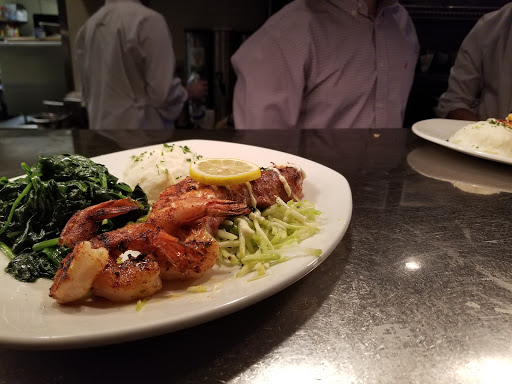 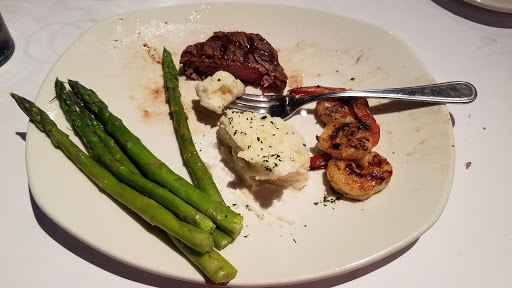 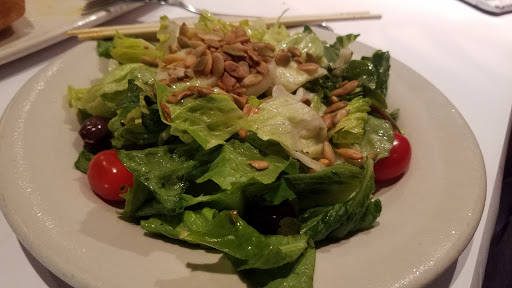 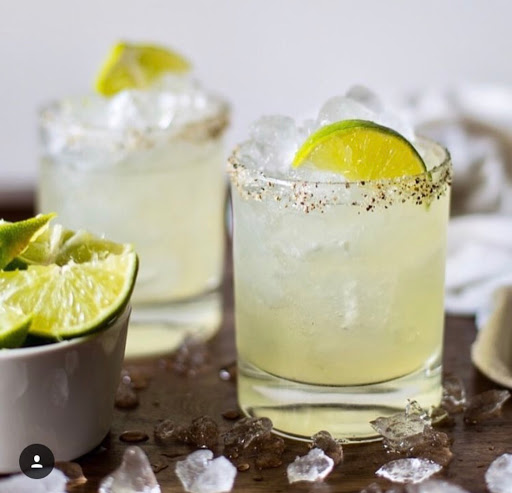