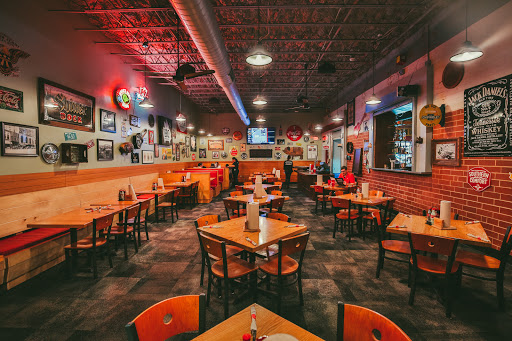 The quality of the food is excellent. On my first trip me and a friend split a large combination platter (pig out), with double beef brisket, turkey, and chicken. Sides were Mac and Cheese, smoked vegetables. Entree: Brisket - Very Smokey and not dry. The waiter asked if we wanted lean, fatty, or both, very nice to be given the choice. Turkey - Served up think sliced tanks giving style. It was very moist and Smokey. On the side came a cranberry relish which was excellent. Chicken - Came sliced, not on bone quartered or halved as I would have expected. But it was very moist and Smokey. Mac and Cheese - Dry, undercooked, very little cheese. Lacked everything i want when ordering mac and cheese. Also made with Cavatappi pasta. Hey its a cool looking pasta but wouldnt be my choice for macaroni and cheese. Smoked Vegetables - Hands down the best some of the best vegetables I’ve ever had. Id even consider buying them as a regular grocery item, it would get me eating many more vegetables. A must side item. When two guys are fighting over the vegetables at a BBQ place you know they are good. Sauces: "Midwood Signature" BBQ sauce - Honestly I thought it was awful. I it was so bad I at first opted to eat my meat dry. I kept going back to it to try and pick out what was making it so bad. It had no tang, it was very thick, it was a red sauce but darker, almost had like a chili powder taste. I dont know what it was made out of but I hated every second of it. I tried it on all 3 meats and it made each one go from 5 stars to one, I tried it on the veg and it ruined them. Mustard sauce - They could have just brought out a bottle of French’s mustard. Actually more I tried it I was convinced it was 3/4 squeeze bottle mustard and 1/4 of their Midwood Signature sauce. And I really love a good mustard sauce on my chicken. Spicy BBQ - A very good well balanced sauce. And it’s not really "spicy", it’s just about perfect. It’s got just enough vinegar to make it pop, and had a little heat that the more I tasted it might have been coming from molasses (just a hint). This is my go to sauce. NC Vinegar - Didnt try. But they usually taste about the same. The only thing they could have done to ruin it would be to put some Midwood signature in it. Cranberry Apple Relish - Really good on the turkey. This is not a "sauce". It has never been blended, or smashed. It’s a relish, dried cranberries, minced apples, onions, etc. But it was good enough to give it mention. Portions: The sandwiches are a good portion. The plates are slightly on the lean size. The combo platters are on the deceitfully small size. The well fed is enough for one person and maybe a small take out. Definitely not two people. The large combo platter is large enough for two people and no to go boxes. If you have three or more get an appetizer beforehand. Service: I’ve only sat at the bar and gotten takeout orders. When walking in the waitresses are always on the job. One time when standing at the bar waiting for a to go order I was approached by two different waitresses and a manager making sure I was ok. And that was in less than 5 minutes so the staff if very well trained on customer service. Final Thoughts: What do I really go to a BBQ place for? Smoked meat, and that they did magnificently. And really every single meat I tired was outstanding. If you want a plain red sauce sneak yourself in some bone sucking original. If you like hot dog mustard on your poultry then youll love the mustard sauce here. But the spicy was good enough to make up for the other two. I really wish the portions were a bit larger but you can tell from first bite that they use higher quality meat, and that is worth more than any other factor of this restaurant. I would give this place 5/5 if they had a red sauce. It is definitely worth the trip. I already have started getting weekly cravings for Midwood Smokehouse Brisket and Veg.

Sunday bike ride (Harleys). Wanted to try Kyle Fletchers (winner) but closed, so went into Charlotte. Didnt expect a first-round loser in the Char Observer BBQ evaluation to be the best Ive ever had. First bite of the $2 sliders and I did one of those groans. Smoke ring said a lot and then the slaw was quite different. Full of flavor and definitely not the typical picnic stuff - enhanced the bbq instead of contrasting as usual. Tried a piece of the bark from my wifes large plate of BBQ. Totally surprised how tender and the great seasoning. None of that dried, burnt stuff. Had the wing special also. I always use bleu cheese dip but this time nothing but wings. Smoked, crisp, absolutely delicious (but small, not large like Macs). The mac&cheese was great and the beans were like another serving of meat. Not the best Ive had, but delicious and worth getting.(best ever were in Memphis, OMG type). How this place ever lost out to Spoons is beyond me. I love good food and praise profusely when I finally find something outstanding. Get tired of spending money on ordinary when I can eat better at home. Server was great and glad I listened to her wing recommendation. Mngmt(owner?) was gracious and finally convinced us to try the Pecan Cobbler. Again, awesome. Not the sick sweet sauce but just the right balance. Pecans were borderline overbrowned but the whole thing was delicious and the ice cream had bits of vanilla bean. Sauce: Have to add that their eastern style is unique. My experience is that eastern is like drinking vinegar. Use it a lot in my cooking but enough is enough. Here it is about perfectly blended with other stuff(?) and comes across delicious. Key to everything is that flavors blend and enhance like as if a chef was doing fine dining instead of just another bbq joint. Bottom line: meal was fun and well worth the ride.

My first visit to Midwood Smokehouse was during the holidays for our annual Christmas dinner with the company I work for. When I entered the restaurant, I was quickly directed toward a canvas covered outside area where I met the rest of my party. Problem 1: For a company Christmas party in December; I would think that placing your guests, during non-peak hours, in an outside location/room would be rather tacky. Problem 2: Okay, so well deal with the outside area. However, it would be really nice if the area was at least level and had enough room for the servers to get by you, which leads me to problem 3. Problem 3: Attention servers of Midwood Smokehouse: When you place your large parties in such an inconvenient, uneven, cold, spot within your established restaurant, dont give me and everyone else the stink eye and attitude every time you need to get by. Cant chalk that one on us. I spent more time feeling guilty for being in everyones way than I did enjoying the food. A good estimate of space would be about the equivalent of putting a table in a hallway and expecting people to eat on both sides without a problem. Ridiculous. Good thing I didnt pay, because I would have let everyone know at that time how disappointing it was. Tack a big "0" tip on that as well. The one good thing I can say, as so many others seem to agree, is that their food was pretty good. I was a little shocked however, that we were catered chicken barbecue and no pork. I guess I have just been spoiled growing up in the south. The bacon wrapped jalapenos were excellent as well. Will I go back? Maybe. Even then, it would still be just strictly for the food. However, I still have a bad taste in my mouth from our first encounter, so it may be a while. 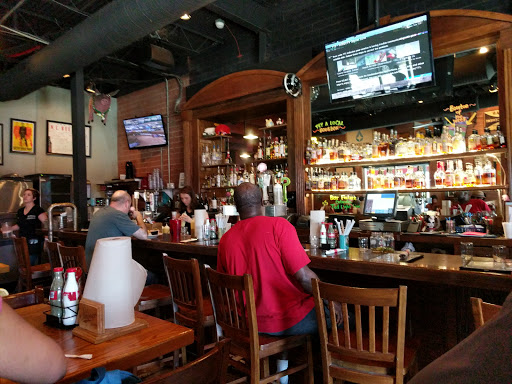 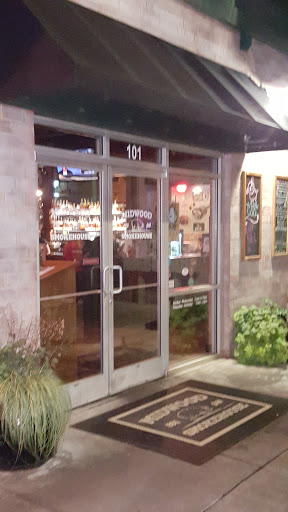 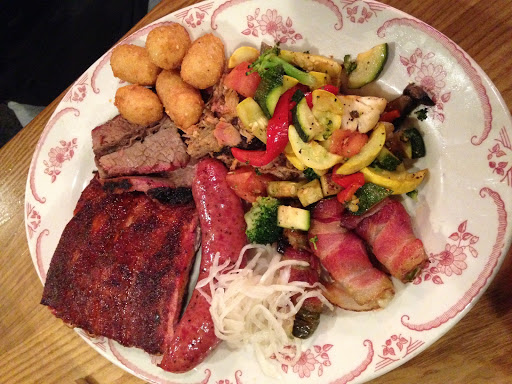 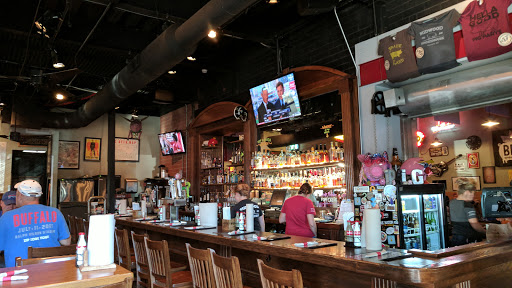 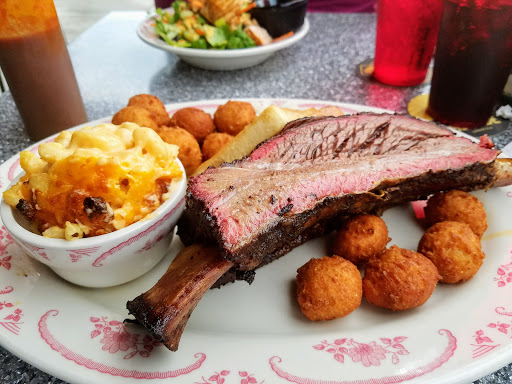 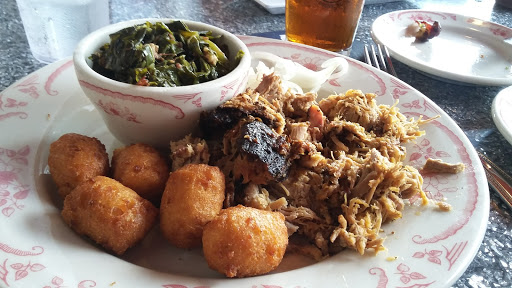 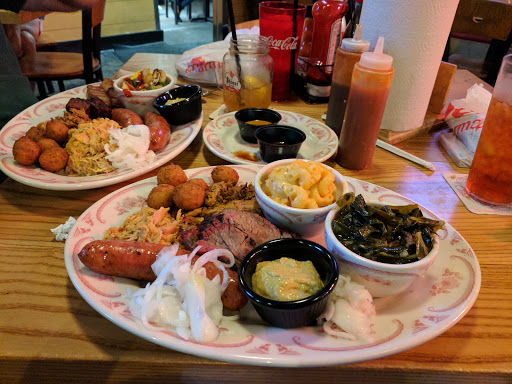 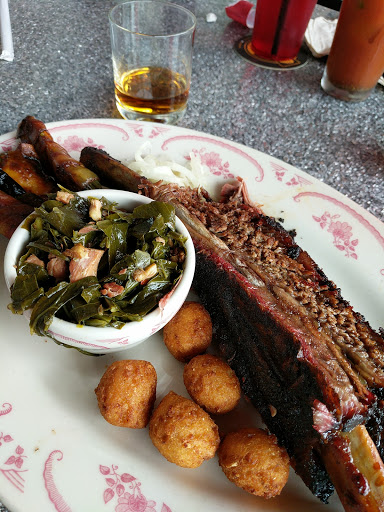 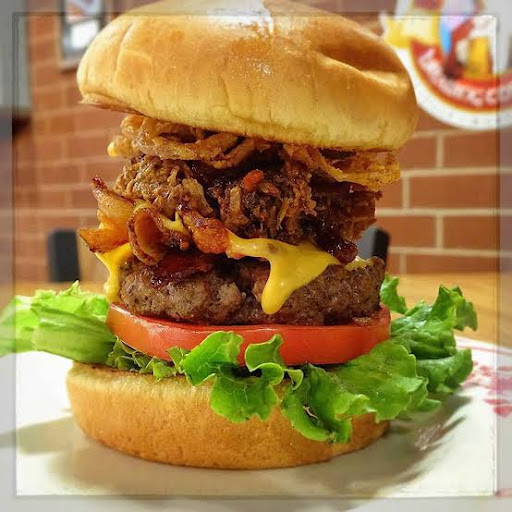 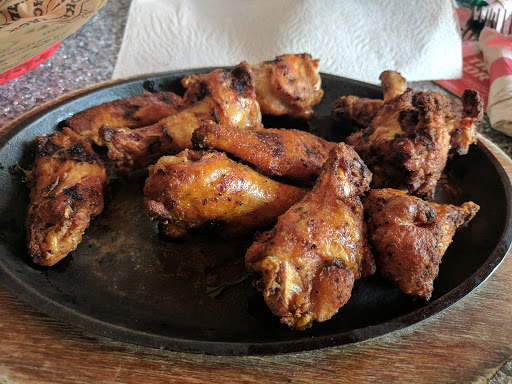 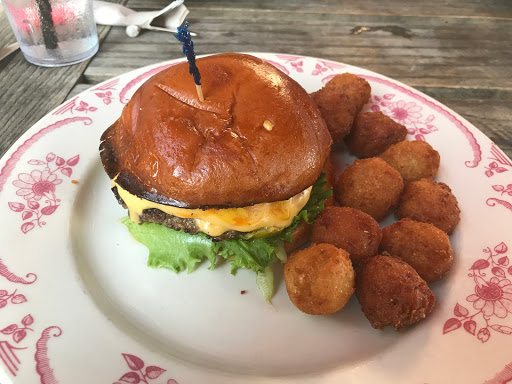 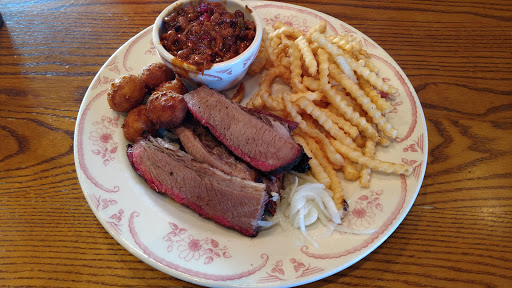 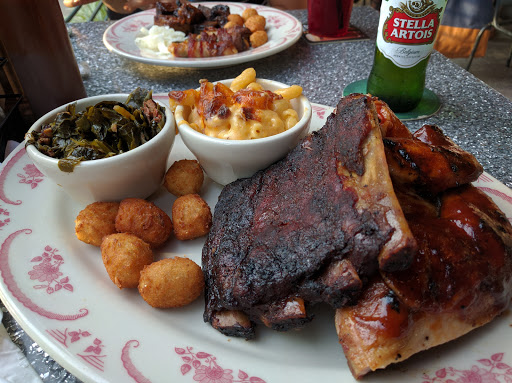 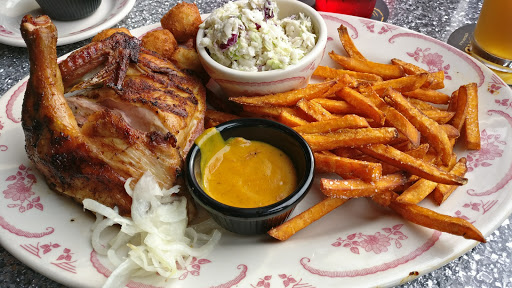 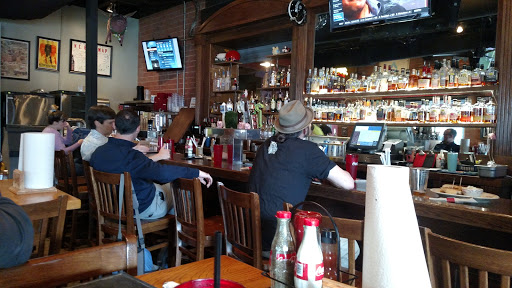 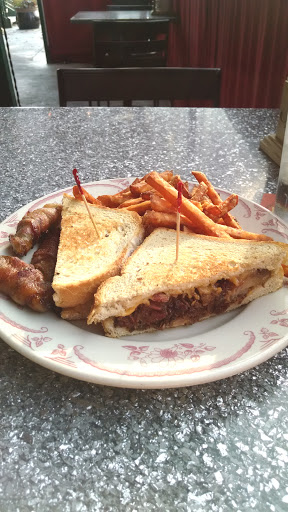 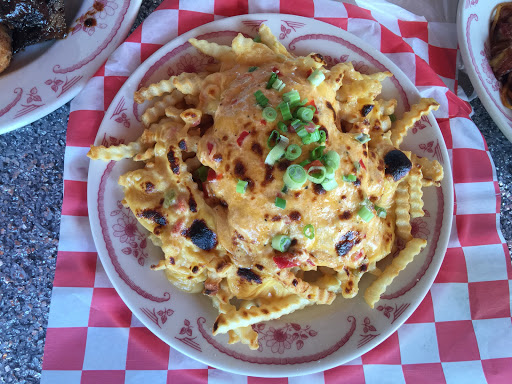 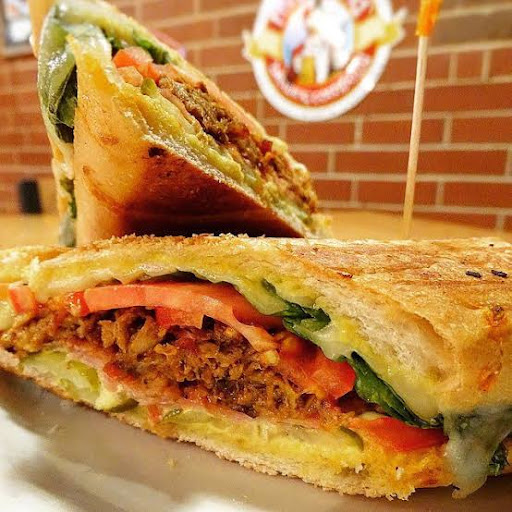