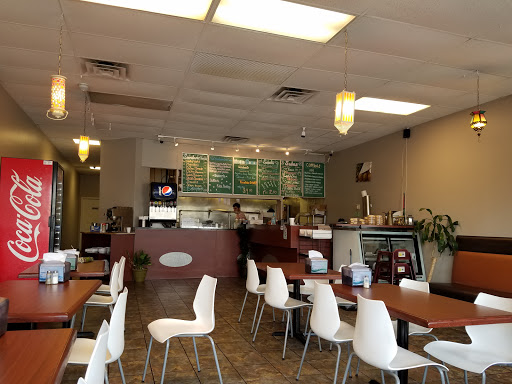 Great for dine in or pick up, but never delivery. My boyfriend and I ordered dinner, and it was almost comical. First, talking on the phone was a huge chore, they were talking to 2 or 3 other people at the same time and kept putting him on hold. And they never told him the total. Then it took about 50 minutes to get here, and when it did, they forgot the pita bread and hummus, got the order wrong (I asked for no pickles or onions, and they were plenty on there). So we looked at the receipt to see if they charged us for the things they forgot, and it turns out the receipt we got was from Pita Pita? The times where Ive dined it, theyve had great service and wonderful food. So I dont know if its their fault or if the delivery service is to blame. At least it was good for a laugh.

Where to start? We had a coupon, so we decided to give this place a try. They got our order wrong. They overcharged us. They didnt take off as much as the coupon was supposed to be for. Then, the food wasnt all that great. We ordered takeout, so we didnt see the mistakes until we were already home. Two sandwiches, two salads, two sides and three desserts came out to be $36 - not a very good value. We had a coupon for $25 off of at least $35 spent, so we should have owed about $11, but they charged us $18. You might say that was still half price, but it wasnt what the coupon deal was supposed to be. I will NEVER go back. For my money, theres another middle eastern restaurant about 3/4 mile east of Haifa Falafel on Washtenaw that has better food and better prices.

Im not an expert on Middle Eastern food, but I know that Haifa has some of the best that Ive had. Their falafel is very tasty and unique...lighter than what you might be used to. Definitely worth a try. The Haifa salad is always delicious. A chicken schwarma sandwich (maybe the best Ive had anywhere), a big side of majadara (also tasty!), and a drink is only 7 bucks. Most other items are as affordable. Its a small, low-key place, and the workers are friendly. Very consistent food quality. My girlfriend and I stopped going to La Shish because sometimes it would be great and sometimes it would be bad (more bad in the later visits). Although its not as fancy, Haifa ranks up there with La Pita in Dearborn for quality. Recommended!

This place is fantastic. Ive worked all over the world, and its about as good as Habibis in Berlin. Their lamb dishes, salads, and rice is out of this world. They spice the food with cinnamon, cloves, and other warm spices youd not think to add to savory meals - unless you are in Lebanon, maybe. The result is such a delight! The staff is super friendly and casual. Be prepared to wait for the food you order. They make it from scratch. If you are in a hurry call ahead. The pickled onions, pickles, hummus, all of it is mouth watering and so satisfying. The price is wonderfully reasonable $$ so you cant go wrong.

I heard they had good falafel. I went there with my brothers and it was fantastic. We tried the falafel in the pita pocket and in the wrap. The falafel is unique and tasty. They pack the falafel into the pocket also; no small portion. The chicken and turkey shwarma was terrific also. Their lentil soup was top notch too. On top of the good food, the three guys working there are nice, engaging, and fun. They seem to enjoy what they do, and it is a great establishment for that part of Ann Arbor/Ypsi. I highly recommend it as one of the best if not, the best falafel place in A2.

The falafel was incredibly delicious, done the way they are supposed to be done. The chicken shwarma was also incredible. The flavor of the lentil soup was heavenly and anything but bland. Even the tabouli was great, fresh tasting and crisp. The food here is great. The menu is small, but I liked that because that usually means that every item is done like it is their specialty. The atmosphere is not great, so I wouldnt use this restaurant for a romantic dinner, but I will certainly be back for lunch. They also offer a good value.

Just tried them for delivery. They got my order wrong, and the food was sloppily prepared. Looks nothing like how they advertise on the menu, and their "homemade fries" are just steak fries with added spices. The date written on the box of the mahalabia I ordered was 10 days ago, so I dont know if I can agree with the people attesting to the freshness of their food. The taste was decent, but Im pretty unimpressed with the service and Ill be looking elsewhere.

Left with no food. Tried to place my order, but the guy at the counter had to answer texts and watch a video on his phone first. After that, I still tried to order something and he would stop and talk to others instead, even getting on another phone for someone else! I have never been treated that rudely. I never got to try it, and now never will. I am a heavy supporter of local businesses and will recommend good places. What a disappointment. :-(

I would give zero stars if i could. The food was terrible. The falafal had a really funny taste to it. The french fries could have have been good but they were to soggy. The stuffed grape leaves were not bad, but i ordered meat and got half meat and half with no meat. So the falafel and fries went in the trash, and i ate a bowl of cereal instead. Totally dissapointed as i had a craving for the falafel. Wont be going back.

Waste of my money and highly disappointed. Hummus tasted like it came out of a can... chicken lacks flavor.... everything was horrible. I have never complained this bad about a restaurant before. I LOVE middle eastern food but this place is the worst. I have no idea how it has good reviews or why anyone is still going there. On top of being hit on by all of the staff I will not be returning there ever again.

The falafel is unique but excellent. Nice and fluffy with a bit of garlic. The sandwiches Ive tried have been invariable good, they offer lots of choices but its best just to get everything on it. My only complaint is the speed of service, I often call ahead 15 minutes before I arrive and still end up waiting 5-10 minutes for my food. Try it for sure, but make sure to call ahead or you can expect a wait.

Although I am from middle east, the Falafal and other sandwichs provided in this place are one of the best I ever had experienced, really great place with very reasonable price. Also the staff so friendly and always smiling, dealing with you as you are one of them unique customer. I advised every one would like to eat arabic traditional sandwich to come to this place

Great place to get a huge Middle Eastern sandwich or some falafel. Their mega sandwiches are as big as a Subway sub, but were talking about a Middle Eastern sandwich made from meat, veggies, and a pita, not a huge roll, so you can imagine how much food this really is. Its a lot. The flavors are great and the prices are very manageable! 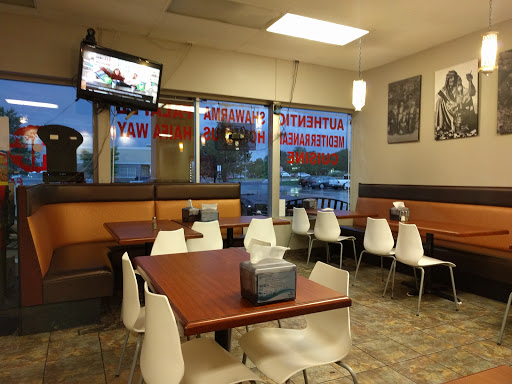 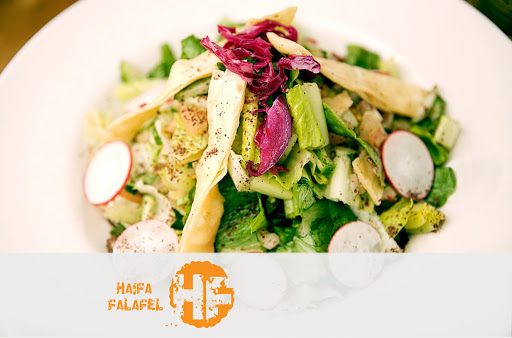 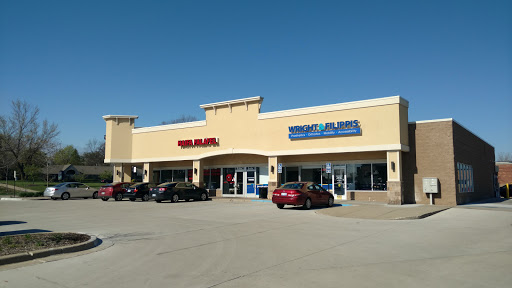 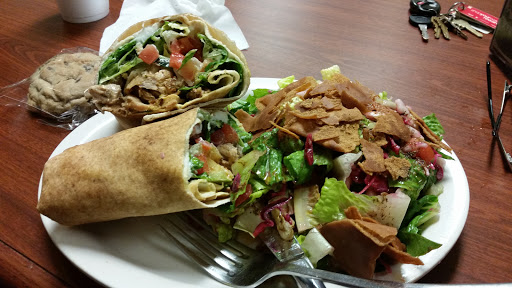 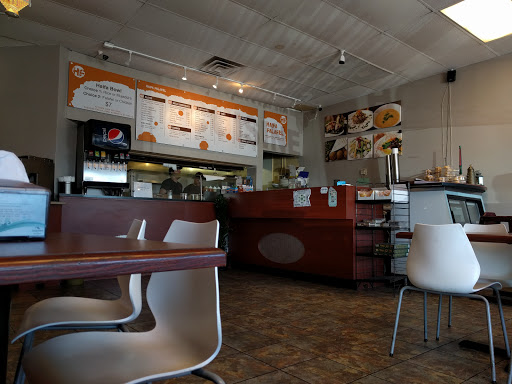 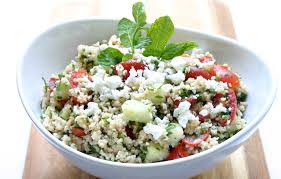 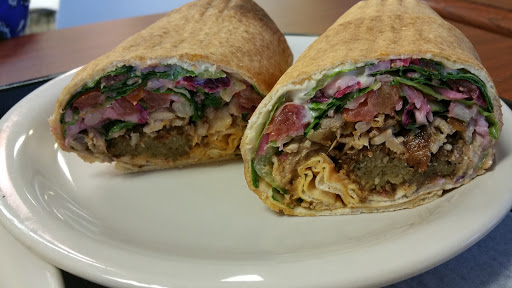 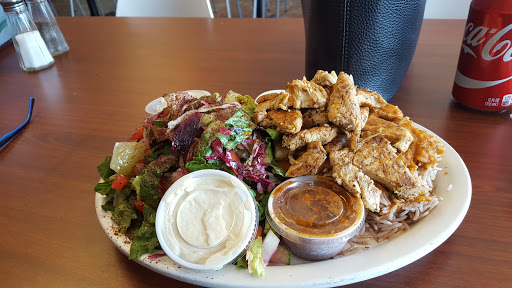 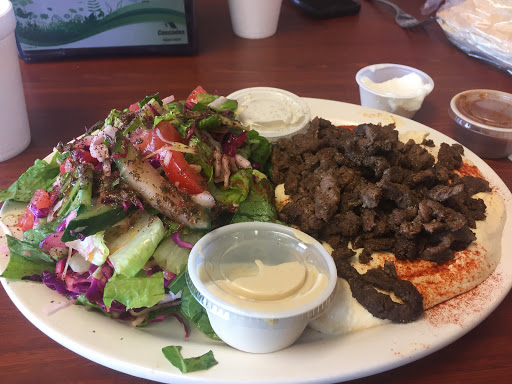 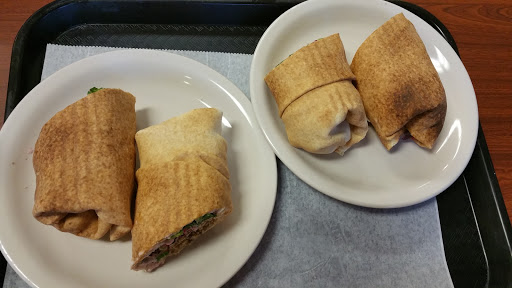 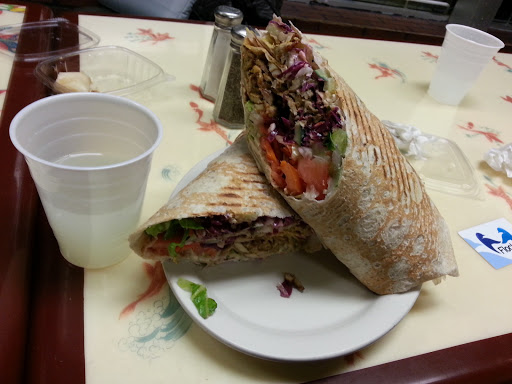 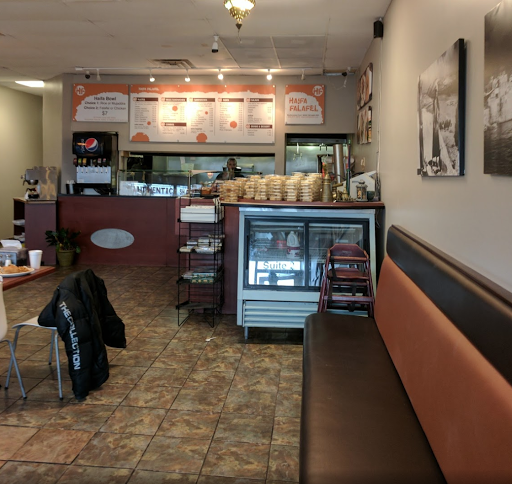 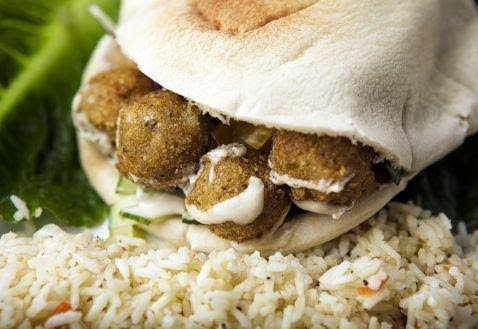 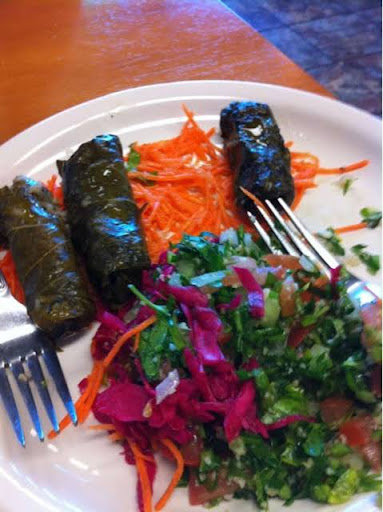 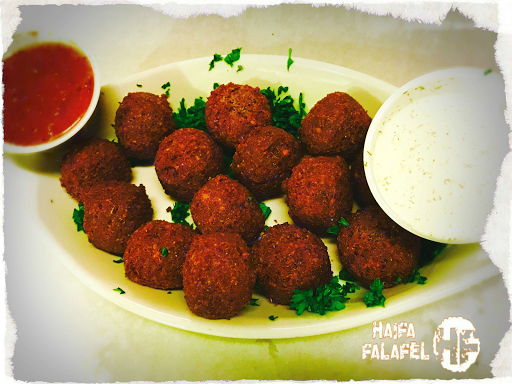 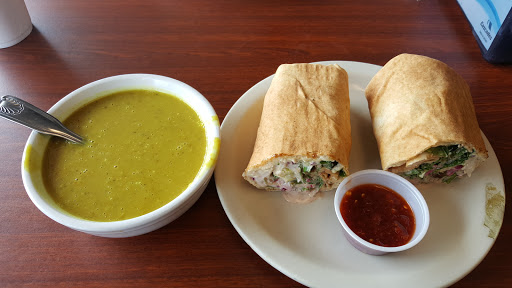 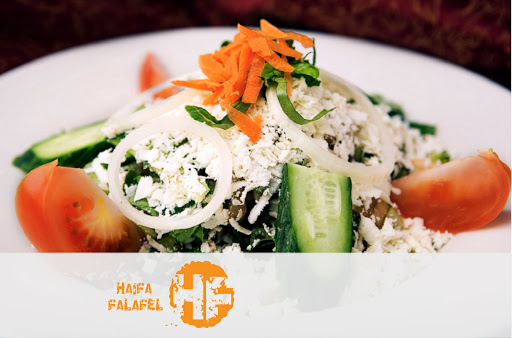 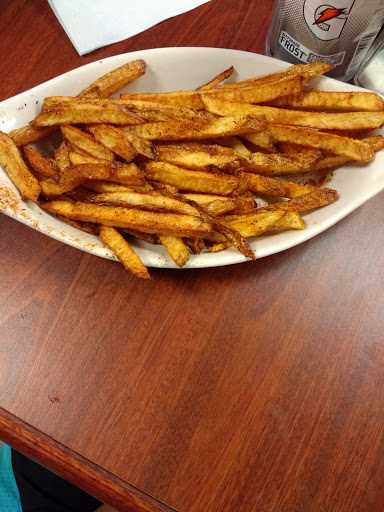