This is one of the best Italian chains in the area. I personally believe that Italias Corner Cafe in Linthicum/Ferndale has the best pizza in town, but Pats Select is a close second. What you get is very thin pizza, but not a non crispy bottom. The sauce is perfectly sweet! I always get the pizza when I go since its so good, but my daughter had gotten the spaghetti and y wife the veggie sandwich. The spaghetti was very flavorful, the meatball as well. My wife was a big fan of the veggie sandwich, has ordered it multiple times. The fries were also excellent and can come with Old Bay! The restaurant has booths along the window, between the doors. On the other side is the kitchen and a counter where you order and pay, also three half booths, half tables and two large half both half tables along the far wall. You order at the counter and they bring the food to your table, tall plates and silverware. You fill your own drinks at the Pepsi station. So more of a quick service place with real tableware. Highly recommend in three area. Not as good as Italias, buy a close second.

Purposely mediocre. I would originally given this place three stars based off of the quality, its just okay tasting pizza but then I realized they are on purpose mediocre. What I mean by that is, they use the MINIMUM amount of everything with their ultimate goal to maximize profit even if it cheats their customers. There was practically no sauce on the pizza, my gyro had a very small amount of tomato, lettuce, lamb and sauce. They want to give their customer the least amount they can get away it.

I was followed to my car along with me three children and harassed by this employee in the parking lot who proceeded to photograph my license plate after a misunderstanding that was actively being resolved. When I spoke to the manager about the situation he was no help at all and it wasnt until I contacted the county police that I was able to get my personal information removed from this strangers phone. Terrifying and completely unprofessional.

Very very disappointed when I simply asked for a different sauce, I was refused. The manager would not work with me at all. Would not puy sauce on the side. Even when I offered pay more I was refused. It tells me they are all either premade (ewww) or the management and owners care so little about their clientele that they cant make one small change. They will never have my business and I hope not yours

Only 3 stars because they just last year increased their price of the Wally Salad by1 dollar. OK I get it because prices go up. Now just a week ago or so, they decreased the portion of both the catering and the single serve carry out. Whos idea is that? You think Im gonna pay an extra dollar and then you cut my size too. Too bad, because I WAS a very frequent customer. Hope management gets the message.

Pizza arrived cold. I said this to the delivery guy but he just walked away after taking the tip. Took an hour for immediate delivery. *I am amending this review from an initial 2 stars. I just called and spoke with the manager and he said he would send out another pizza. I dont know how long it will take though. We put the order in online at 1:44. Its now 3pm and I have a hungry and very sick child.*

The food is completely unpredictable and inconsistent. When theyre up, its pretty decent. When theyre down, its REALLY bad. Its like ordering from two different restaurants. They are also totally unreceptive to feedback. I contacted them about some misleading pictures and descriptions of menu items on the website and they neither responded or corrected the errors.

I grew up on Pats in Cecil Co and it was always so good. I was happy when I moved to Anne Arundel and we have a Pats. As of the past few months the quality of the Pizza has gone down. The last three orders have had overcooked pizza and weve had issues using our coupons as well. I might starting waiting to eat Pats until I can order from another location.

We order from here all the time but tonight they messed up our order no big deal until the manage decided to take the side of a cashier that sent out a sub with only lettuce on. The manage also thought it was okay to hang up on my husband and refuse to give a number for the owner and anyone above him. Dont waste your time ordering from this place.

Im shocked at the review scores on here. Ive ordered from here at least 50 times, and have never run into any issues. They are extremely fast and the food is amazing (knock on wood). Its been my favorite place since moving to Maryland. If you login to their website, they randomly give you discounts when you order. Hands down, 5 Stars

Its a gamble, literally like ordering from 2 alternate restaurants. One day its great and the next its worse than imagined, worst part is that management doesnt seem to care (look at reviews on yelp as well) .After getting a few consecutive bad days, it was time to realize it wasnt changing and moved on to other establishments.

Great food and service, only issue is soups listed on menu arent all availabe and they cook "whatever chefs feel like making". Tryed to order the new md crab soup 3 times weeks apart, wife had same issue with the orzo soup. Why list these items on menu like the rest of the items but there randomly available ?

Ok so the food use to be delivered hot and fresh, but this time it was cold and hair in the food.The last time the driver dropped off someone elses food then came back for it 30 minutes later. Come get it together its not that hard to do. Thanks I wish I took a picture for u to see the hair food sub.

Extremely poor and slow service.After an hour of waiting we still have not recieved our order of cheese steaks and skins. Along with the untimely wait, it was very unpleasant watching the hostess at and there scratching her Mohawk then entire time we waited. Not worth the time or money.

With my window cleaning and power washing work I come through here on a regular basis and this place is a top stop for me. The wait may be slightly longer than a fast food joint but the food is high quality and FRESH. This is a place you know your food is going to be good.

One of our favorite local spots for carry out. Normally will get a southwest chicken wrap with a caesar salad. Caesar salad dressing​ is phenomenal. I suggest getting the dressing on the side though, otherwise they tend to put a tad too much. All in all we love Pats!

Have really great apps and the turkey burger rocks. Hate their pizza, though- youre better off ordering from Vocellis if thats what you want. Also a little pricey but they normally send out good coupons like 10 off 25. Delivery is fast but I live super close.

Normally, the delivery is great, but driver told us not to open soda for awhile because he "put his breaks on " & they tumbled. He didnt tell us that the desserts were all tumbled & mixed up! Our order # was115 on 5/21/2016. Disappointed. 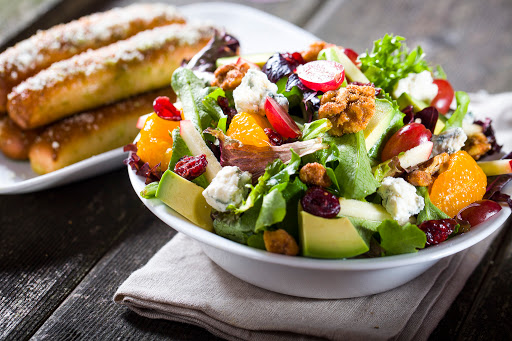 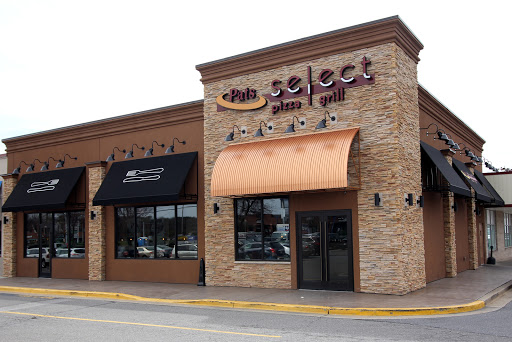 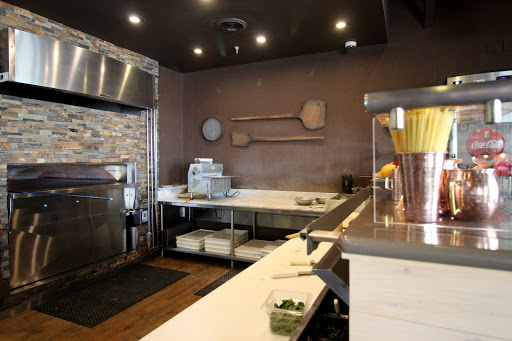 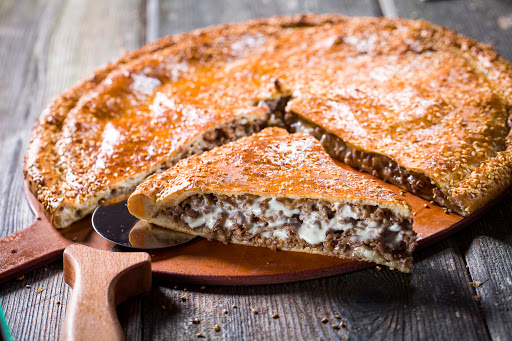 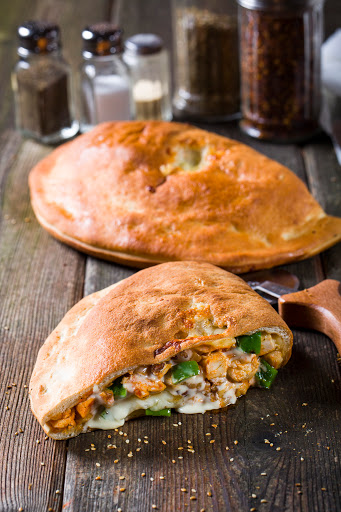 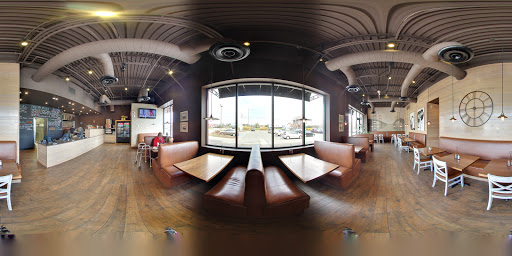 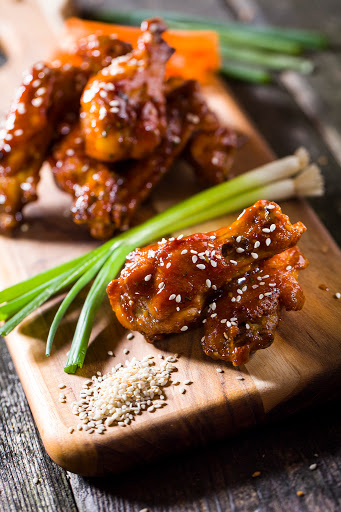 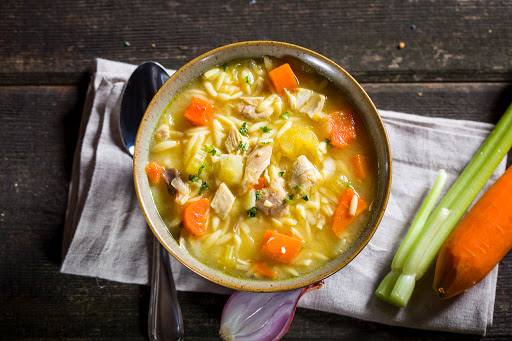 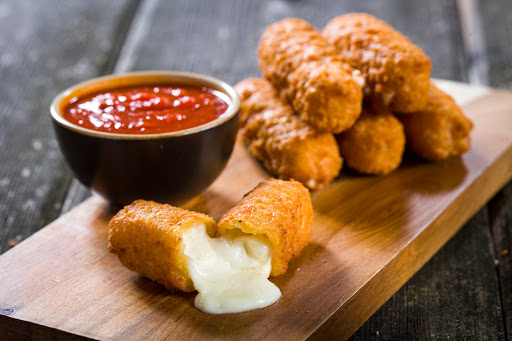 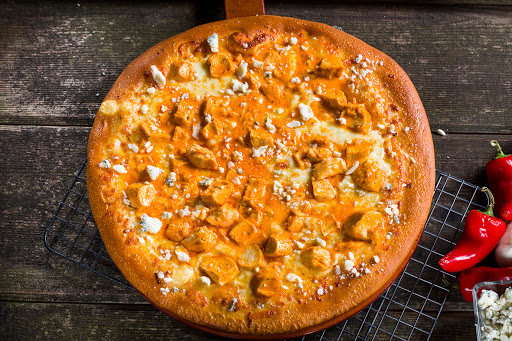 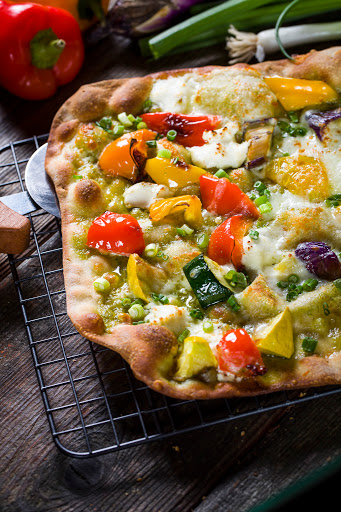 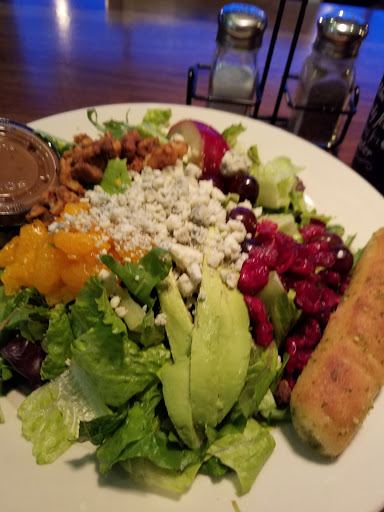 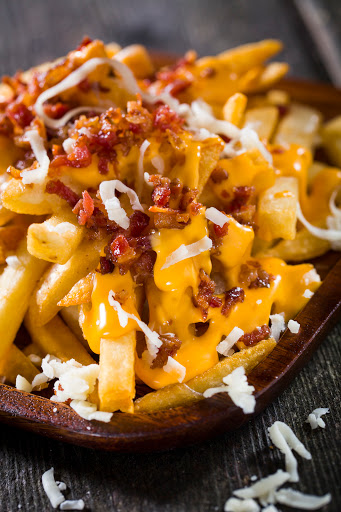 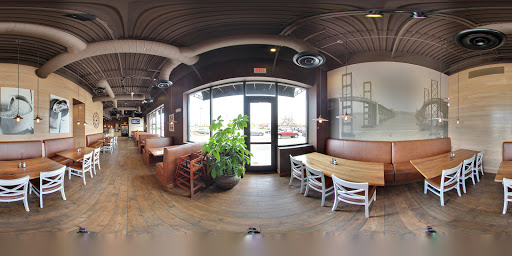 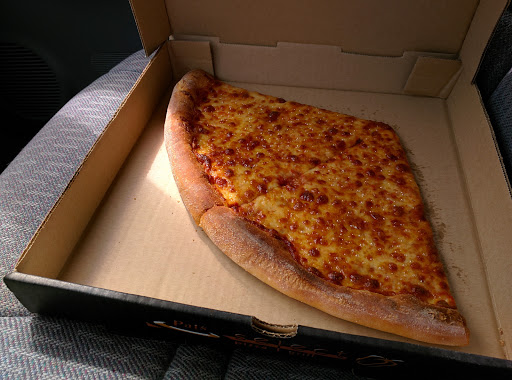 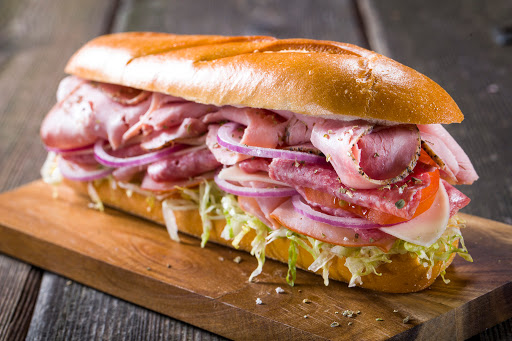 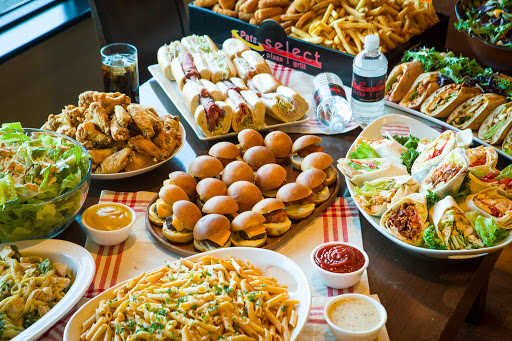 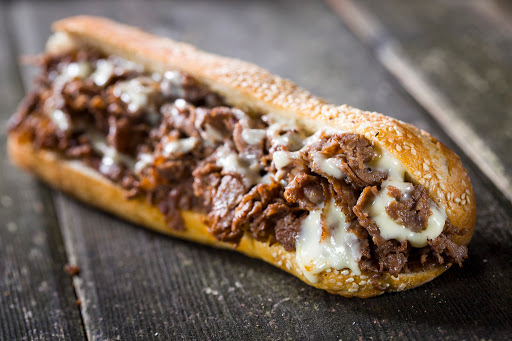 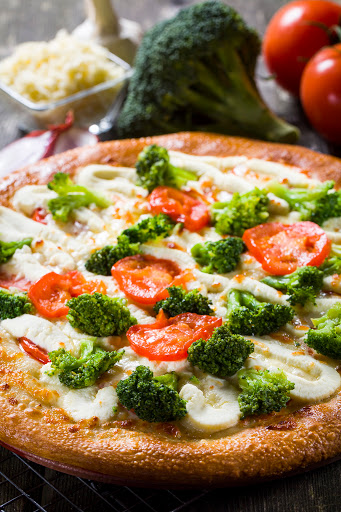