Weve been going to Sados regularly, started about 3-4 years ago when the place first opened. There was consistently great quality food, always fresh, always top notch fish, always fresh hot soup, always freshly prepared (right in front of your eyes) sushi, always tasty creative desserts. The pricing is varied, so you can afford to eat there whether you have allocated a small amount or a generous one to spend on your meal. The menu grew twice or three times the size over the years and always they deliver tasty food and its very original too. If you ever watched Top Chef and wondered what their "fusion" cuisine tastes like - well, thats the place to go. The waiting area is extremely comfortable and the round unique wooden chairs are very soft. The waiters are good looking people, very polite, very attentive. They check on you regularly, making sure you are ok and if you need anothing, even a glass of water - they bring it promptly. If I could afford to eat there every day - I would! Thai part of their menu is delicious! Theres a reason why this place is popular and full of people, they survived the toughest time when so many restaurants on Kent Island went out of business. If you deliver quality and taste - people will keep coming!

Visited for dinner during a weekday evening based on good reviews. I had expected this to be a Japanese, pan-Asian restaurant. It was primarily Thai, with some Indonesian, and only sushi and ramen as Japanese. Must have changed ownership. The sake list contained 4 entries, none of which were identified by type, district, or quality (just "hot" or "cold"). No "gen-mai" or even brand names. Based on the servers advice, we got the "silver" sake, which was supposed to be dry (and cold). Usually, better sake is served cold. This was not good sake. A companion ordered the "hot" sake, and it was practically boiling. The shrimp tempura appetizer got its crunch from breading. The veggie tempura was much better. The sushi rice was awful: way over-cooked, poorly seasoned, and inartfully made. The sushi cooks used an imported Japanese machine that pressed a layer of rice on a seaweed wrapper. Presumably because the cooks couldnt do it manually. The fish itself was decent: fresh, but not artfully sliced. The chicken and beef satay (Indonesian) were better, and the satay sauces were ok. The service was consistently poor. Bottom line: drive right on by.

My friend and I frequent Cafe Sado a lot since we love their food. They have great sushi but its HORRIBLE service and i absolutely can not stand it anymore. Last time i went the waiter sat us and then walked off. came back 10 min later and asked if we wanted menus. He walks off again without even taking our drink orders. he then came back with a menu but not the sushi menu. :/ we handed him the menus and asked for the sushi menu. We wrote down our order and told him it was TWO SEPARATE CHECKS About 30 min later our food came and he left again.We didnt even get refills on our drinks. When it was time for the check we asked for both checks. HE came back with only one check and then walked off again. O.o There was only maybe 6 people in the restaurant at the time. I noticed the whole time that he kept walking off to talk to some other guy that was at the waiter station. Cafe Sado may have great food but their wait staff needs work. I refuse to even give then more then a $1 tip. Just because their service is horrible.

Pros: I have been living close to this place for many years. I have seen places come and go, Cafe Sado is the only one that has stuck around... The selection, price, and quality of fish is very good. Despite living so close it is still me favorite sushi in MD. Cons: Instead of opening another Cafe Sado in Chestertown, money should have been put into your existing one. The building itself is in disarray. Rest is all of the place in the bathroom, it looks like its cleaned maybe once every few days. The floors are beginning to splinter, and the downstairs always feels like you are walking on taffy, and not in a subtle way. I may update this showing photos of both the good and bad. NOTE: I have no reason to believe their cooking area is in bad condition, but it does not give me much hope.

I have been a customer at sado for years and and most times sushi is amazing and service is excellent. However there is one server (bald guy who is also pretty buff) who has 2 times now added automatic gratuity on my check when I have had 2 or 4 people in my party. I find it very insulting that it is assumed that I would not tip. Mind you he never says hi how you doing my name is.. he just asks what we want and is very impersonal and barely checks on us. Where as if I look at his behavior with other tables hes smiling and talking. Im am curious to see what the policy is on adding gratutity, I know its usually on parties of 6 or more. As a former server myself I find it very unacceptable to give crappy service and then put automatic tip on my check.

My husband and I took our niece to Sados for lunch during the week. Our orders were great (Thai and Sushi) and the decor was pleasing to the eye. My complaint is that they suggest making reservations but rarely answer their phone. Instead, you get a recorded message that tells you about the restaurant, tells you to make reservations but tells you dont leave a message and then cuts you off. I tried calling several times throughout the day, during the week and on the week-ends with the same result. I e-mailed them and they called back much later. After making the reservation, I asked about the phone line issue and they said they must have been busy! Doesnt sound like a place that is customer focused to me.

Food is great. I had never had sushi before going 2 years ago. Since then I enjoy Cafe Sados Sushi much more than any other place Ive been since. Wife and I go consistently. The owner is a really nice guy and the main guys that make the sushi have been there since the first time I went in. So its pretty consistent. I would highly recommend the Volcano rolls, Ive never had anything at any other place that compares. The rest of the menu is pretty enjoyable and is good when youre not in a sushi mood. Like others before me the service is a little lacking in regards to recognizing when youre ready for the tab. There has been times we have waited for quite a while. But the food keeps us coming back!

Fantastic sushi/Asian cuisine in the Kent Island area. Area is generally littered with cookie-cutter establishments, but not Cafe Sado! The restaurant is very clean, with spacious modern decor and outdoor waterfront seating as well! Lunch and dinner menus are both terrific along with a delicious sushi menu. Cafo Sado offers some of the best sushi Ive ever had (at an incredibly reasonable price). Every time I host guests, I take them here; it is consistently the best sushi the group has ever indulged in. Would recommend it to anyone looking for fresh, tasty Asian cuisine. Two thumbs up! 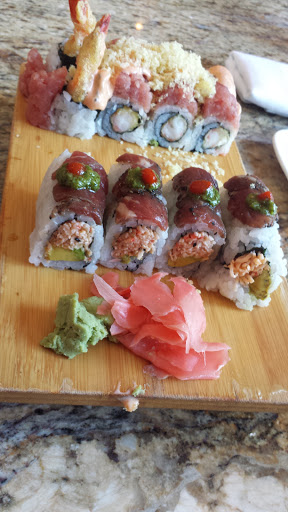 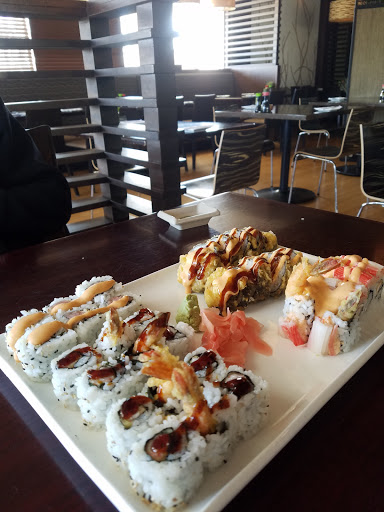 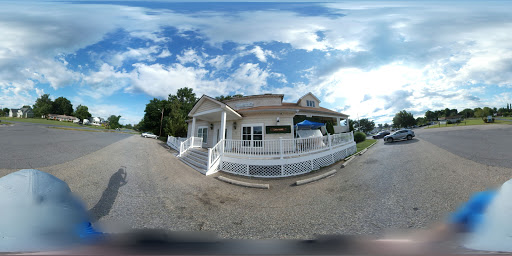 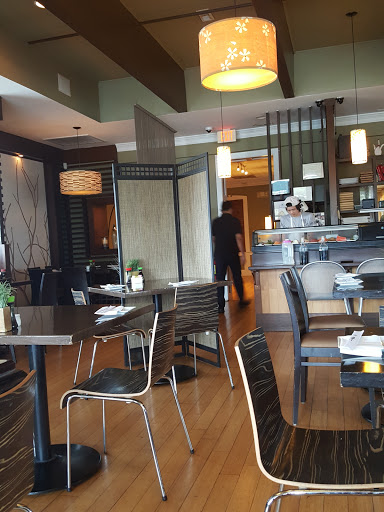 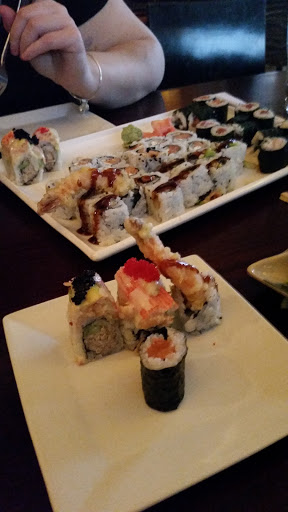 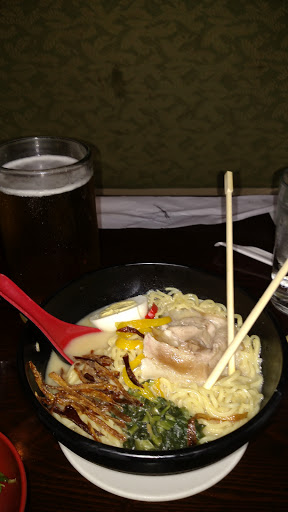 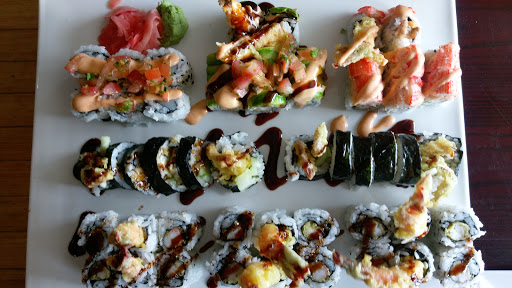 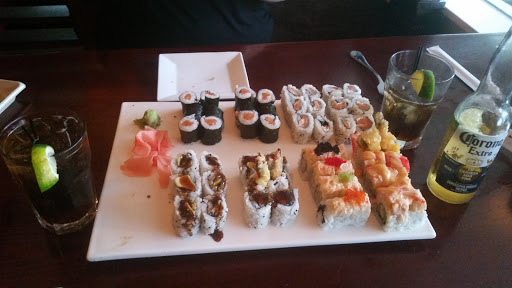 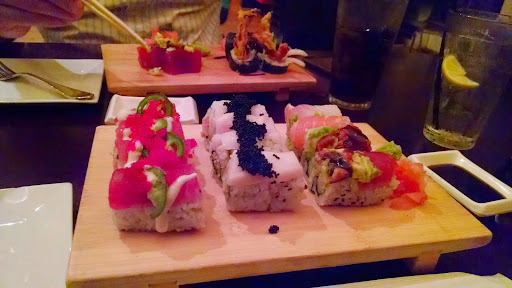 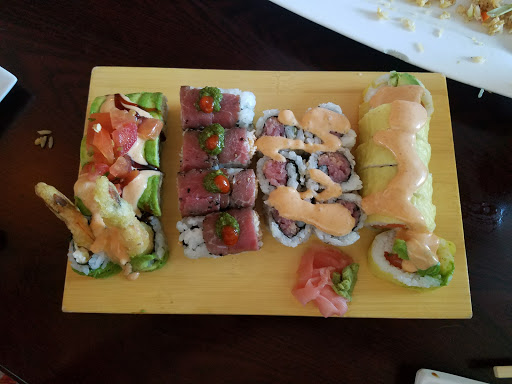 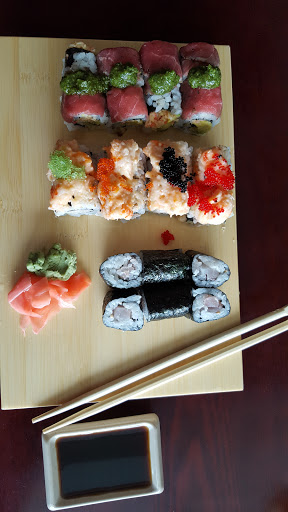 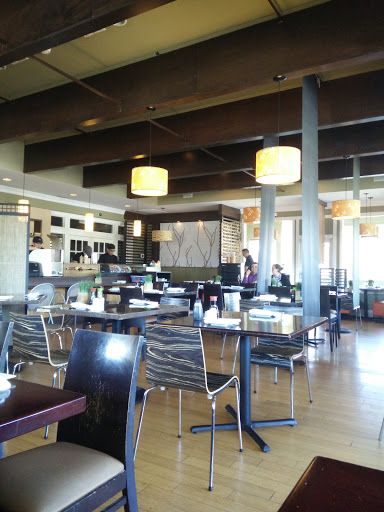 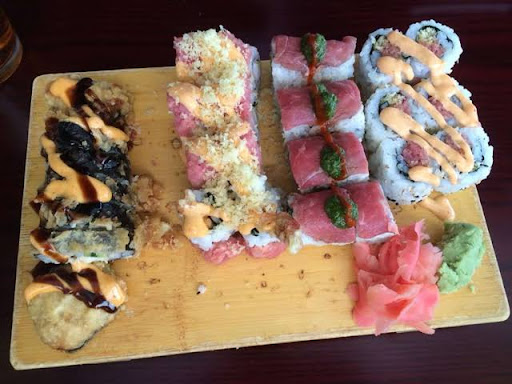 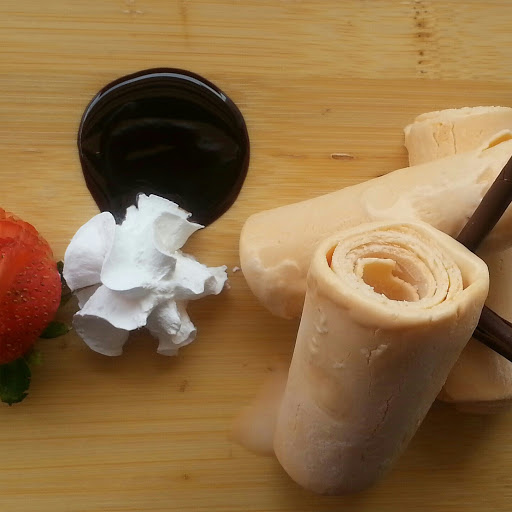 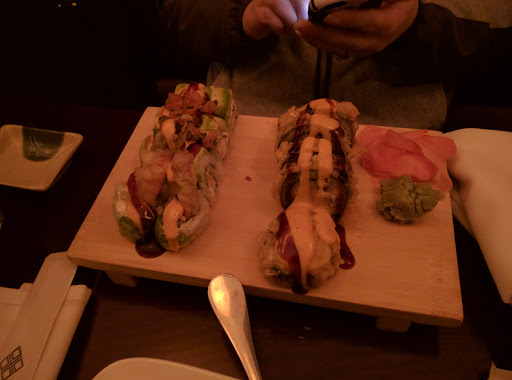