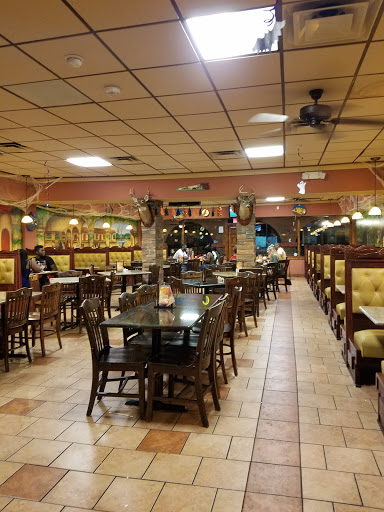 This was my first visit here and WOW on the probably the busiest day ever Cinco De Mayo. I will not rate the restaurant low due to one persons actions, HOWEVER, our FIRST waitress Jennifer seem to be having an overwhelming day as expected and it showed in her attitude. I HAVE NEVER EXPERIENCE SUCH A TERRIBLE WAITRESS IN ALL MY LIFE. After having a quick conversation with her stating i know its a bit busy but your attitude is very bad she proceeded to huff puff roll her eyes and say i can just get you a new waitress and REFUSED to come back to the table. We had been sitting for well over an hour without any food ordered. Mind you we were not demanding or rushing her at all because we knew they were busy. Finally a new waitress, MARIA, came out and she was on her "A" game. She had taken all of our orders (table of 10) and had the food out in like 20 minutes and thats given the fact our table was not in her section she had to take us because JENNIFER refused to do her job even after being asked by staff several times. The food was delicious and everyone was for the most organized and very attentive even on such a high volume day (except Jennifer of course). MARIA needs a raise she is awesome! I saw the restaurant was hiring so they may be short on waitresses my advice to them is to hire a replacement for JENNIFER ASAP she is not an asset.

I went here for dinner with my fiancé, I had the worst service Ive ever had in my life. It was 10 minutes after we had been seated for someone to come up and greet us and take our drink order, when its supposed to take 1-2 minutes. When the server came up she told us "sorry nobody wanted to take your table" it took her about 15 minutes to get our food order and then after that she never checked on us again or refilled our drinks! We waited over 30 minutes for our bill until I finally just asked another server where our server was. Apparently she went home! She checked out and didnt finish her table or told anyone about her table. Our food was over cooked, and the service was bad. I normally really like eating here, but my experience was terrible yesterday. And the 2 times Ive called up there to speak with a manager, the lady told us they werent there. There should always be a manager or a shift leader present.

The food was great. The employees? Rude and extremely nosy. Lesson learned: apparently they find darker-skinned people in dress shirts and ties to be suspicious. Our server came out to us and immediately began interrogating me about everything from my clothing to the electronic devices I was wearing. Note that this was only me---she took no interest in the person I was eating with. She kept it up until she finally apologized for how nosy and intrusive she was being. She was reasonably pleasant during the remainder of our stay. When we went up to pay, the cashier demanded (not asked) to know where I worked. When I mentioned that I taught and worked at a local campus, she commented "Thats surprising". Just like the server, she took no interest in the person that I was visiting with. Only me and my personal life. I guess prejudice and discrimination can come from anywhere. Even a Mexican restaurant.

I recently started working in Valdosta, and with my work I get to see a lot of different businesses and restaurants. I have given many places a try and have been disappointed with many places here. Im not a huge critic and Ive traveled all over the states, so I think I have a decent opinion on food. Anyhow, I think this place is one of the better Mexican places Ive had. Their food has texture and isnt just tortillas with sloppy goo in the middle like most places. It is really clean, the service was great, my drinks never went below 1/3 empty(The Sweet Tes is GREAT), and the price was really great. Anywhere you can get lunch for around $10(including the tip) is AWESOME. I am ordering lunch from there today!

I have had visited this place a few times and I have not been disappointed. Why not a 5 star? The prices are slightly high for Mexican food and not offering unlimited chips and salsa kinda bothered me. Now on to the rest of the review. I loved everything else about this place. Restaurant was clean, food is served nice and hot. I have experienced the Asada tacos, beef enchiladas, beef quesadillas, and loved them all. Our waiter was fantastic and happy to explain the specials. Happy hour drinks were on point. I have no problem recommending this restaurant to anyone who enjoys Mexican cuisine.

Visited Valdosta for New Years and ordered food from here twice. The staff was pretty easy going and likeable. Combo quesdillas are my new favorite thing. The only bit of criticism is when I wanted to order a third time and was referred to a website as you cant place an order for delivery over the phone. Ordering online is no problem to me but it was tedious since I was trying to order before they closed. But in any case it was a delicious experience. Id still go back. And Ill probably be back when I visit again.

Ugg. This place is really dirty and nasty. Ive eaten here multiple times, (not my decision, more of a group thing) and every single time when I get up from the chair to leave my pants are "glued" to the chair. Its like ripping off a band-aid when you get up from the seats. The food is mediocre and the drinks suck. I ordered a Goose and Sprite and all I could taste was sprite. Its no wonder they have a B- rating.

Food was good get underseasoned. Service was really bad our waiter brought out food out in parts we had drinks for probably 30 minutes before out food order was taken I finished my drink way before I got my good. I also had to ask repeatedly for water then I got it no leomon was in it! Just bad service but I honestly would go back for the drinks! The drinks was amazing (alcoholic beverage)

The food was terrible!!! Everything tasted like it came from a can. The guacamole was nothing more than a mashed up avocado. The menu is hard to understand. The sweet tea was delicious!! Other than the tea it was a true waste of time and money. Go to Taco Bell!! The only reason the atmosphere was good because my table was the only one that was occupied.

Service was poor at best, seating, chips and salsa only came after I made the comment of never being to a Mexican place without them, checking out, overall service was poor at best. I became gastrointestinally so ill that I missed my daughters graduation that evening. I ordered the 5 for $6.99 deal. Dont bother unless you enjoy a good G.I. physic.

This place is a joke! My wife and I only went for the $0.99 margaritas... Which were fine! The food however was way over priced! Not the best food either... They tried to charge for a refill on chips n salsa... What Mexican restaurant does that?!? The waitress was also too busy talking with the other waitress to help us too... 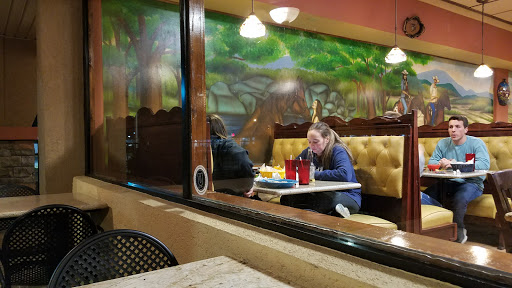 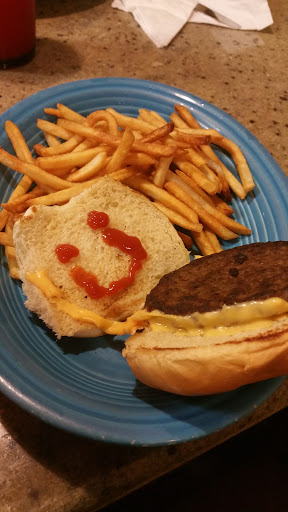 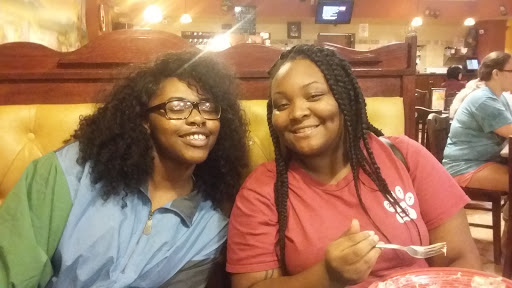 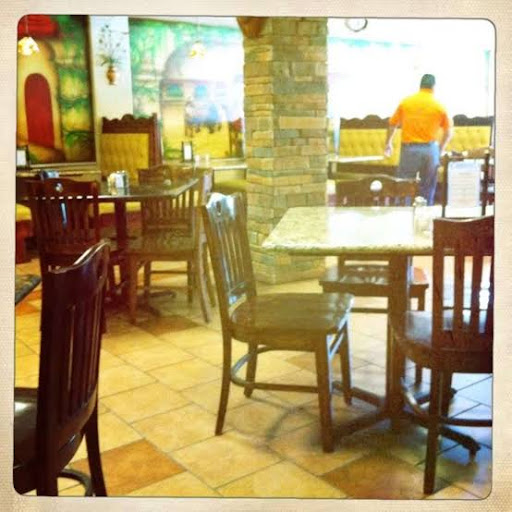 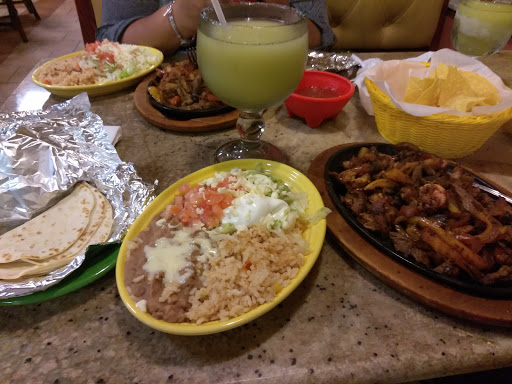 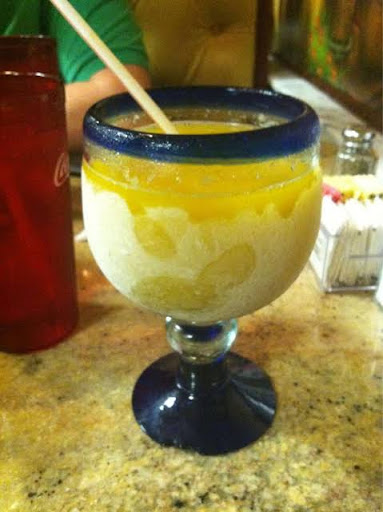 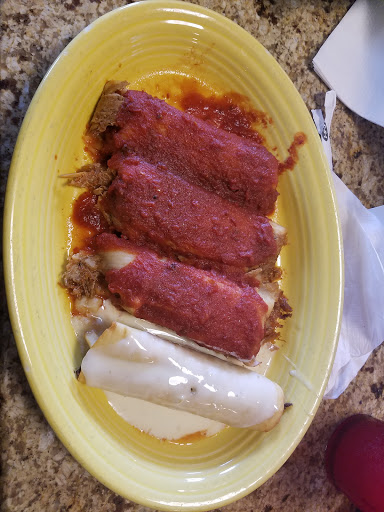 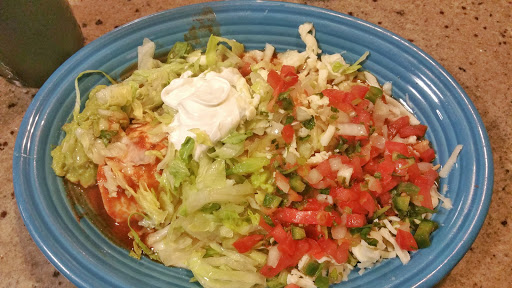 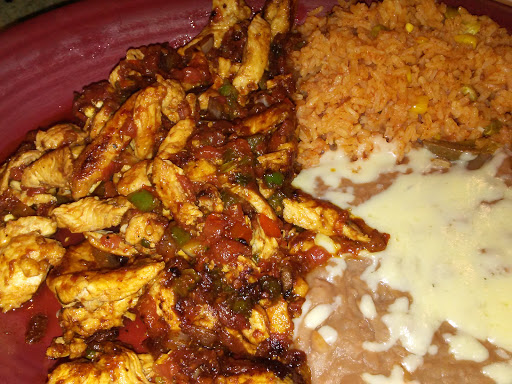 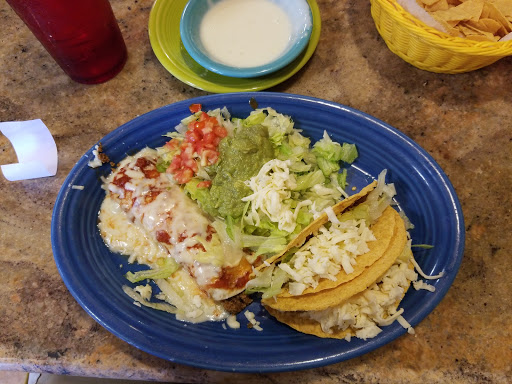 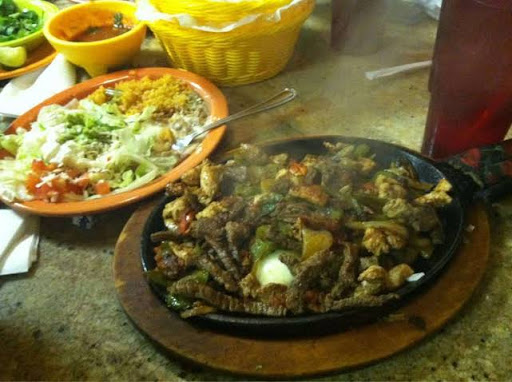 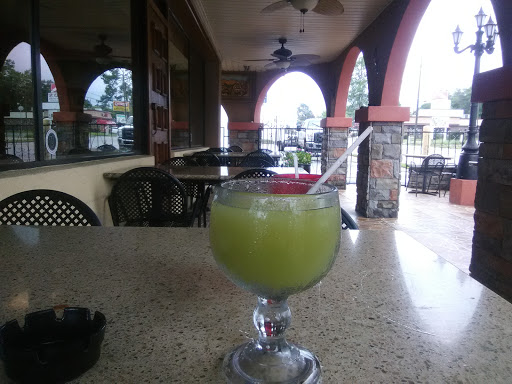 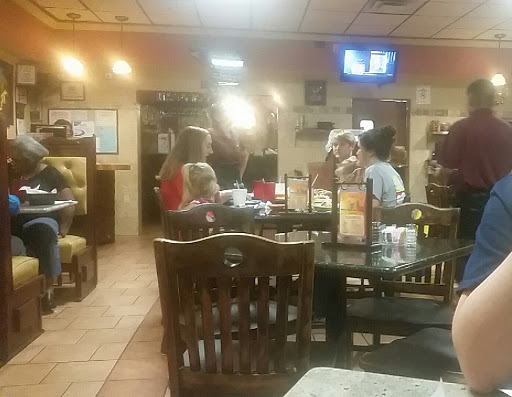 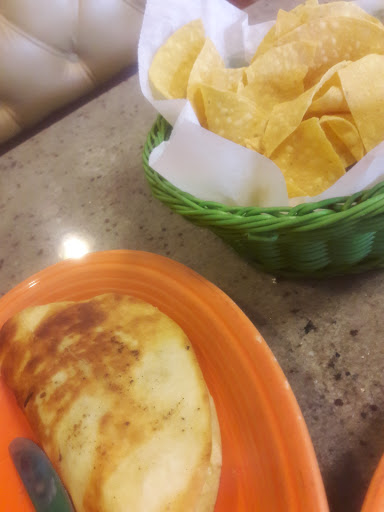 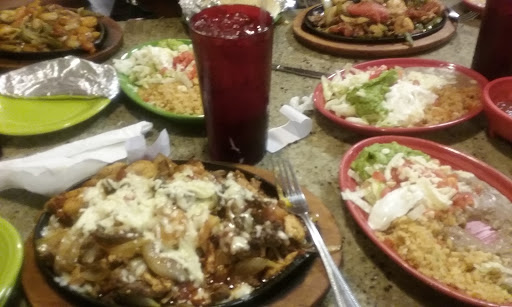 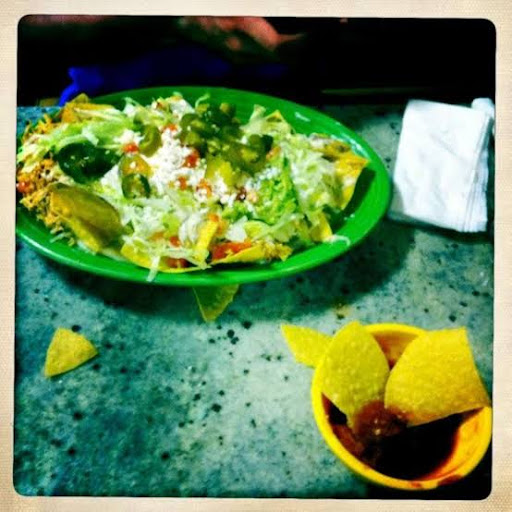 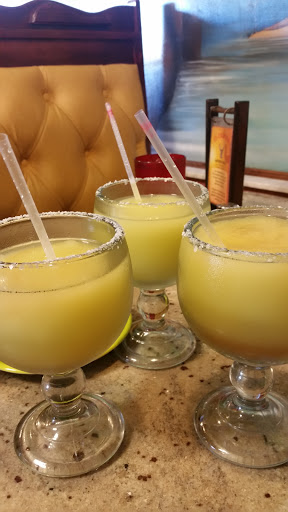 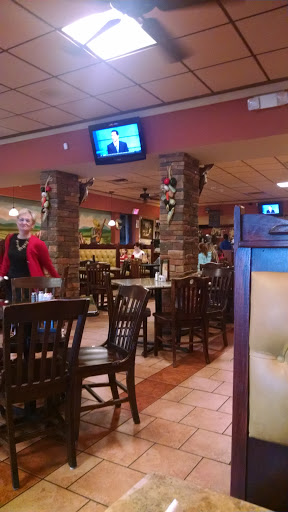 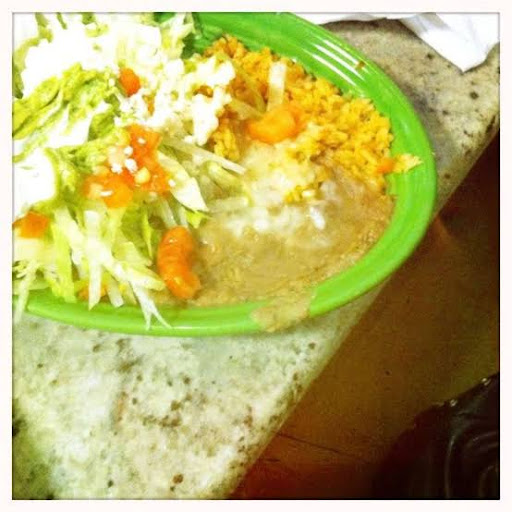 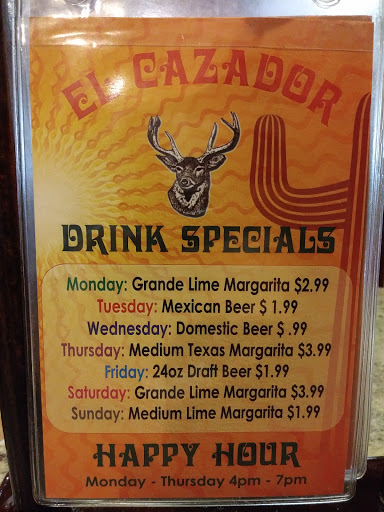