HORRIBLE, horrible service: the manager, Melissa, was incredibly rude during my visit. I called in a small order of 100 wings to be picked up the following day at 11am. I confirmed my order by calling at 10:30 am and was told my order was ready. When I arrived at 10:55am, the doors to the restaurant were opening-ensuring I was the first customer of the day picking up an order. The manager had me pay for the wings and described to me how she had two last-minute orders come in for that day, one for 700 wings and one for 250 wings. As Melissa is griping to me about the other orders, she tells me it will be 15-20 minutes until the order is fulfilled. I left to run an errand and returned 20 minutes later. As I am walking back into the restaurant, the 700 piece order is being carried out to a vehicle. When I asked if my order was nearly done, I was told, "Yes, one more minute," and then waited 10 more minutes while the gentleman with a 250-piece order received his items. In the meantime, an associate named Laticia or Tricia is standing in the kitchen touching the prepared food sans-gloves and chatting away on her personal cell phone. When I asked the manager Melissa when I can expect my order she told me that they were just being shaken! Not even close to being packaged! I stressed to her that her associates had reassured me over an hour prior that my food was ready and that I seriously had to leave in order to make another appointment. In the end I waited over 45 minutes for the order, watched 2 very large orders come out ahead of mine, and missed my uhaul reservation for the day. My feelings that, "This was unacceptable," were voiced and met with a lame, "Sorry," by Melissa the manager. If the food weren't so delicious, I would never return based on service.

I have never been to such a terrible experience at a Buffalo Wild Wings. We sat there for 10 minutes before one of us got up to ask if we had a server or not. They went and found someone and still took her 5 more minutes to come ask for our drink order. By then we all knew what we wanted so we ordered food then also. There were 10 of us in total. She brought half the food out and 2 of the 5 peoples food was wrong. She said she would get the right stuff and never came back. She never came back with the other half of the tables food either. We asked her when they were getting their food and her response was "Sure." She finally brings out the rest of the food, half of it was right. The REAL KICKER - one of the guys asked for spicy garlic to dip in (as he was one of the ones whos order was wrong and asked for the sauce to dip). She brought him BLAZIN rather than spicy garlic. As he was crying, bright red and struggling to breath, we called her over and told her that was Blazin. She says, oh let me get you the right one. Which she proceeds to come back with Hot - Still not even the right sauce! He needed more water which she also didnt bring so he was drinking everyones at the table because he was on fire. She never even apologized. They call it the Blazin challenge for a reason, its INCREDIBLY HOT. They are just very lucky that they screwed up to someone who can handle some heat (not Blazin heat, but some heat). If that had been given to me, who cannot handle heat at all, that would have been an absolute disaster. In my mind, that is completely unacceptable to give someone your hottest wing sauce by accident. That could really hurt someone. Then brings the next level hot when we tell her the mistake. Unacceptable.

Let me start by saying Ive been to this location 15+ times. This is no "one incident" sort of deal, and the only reason Im not complaining about the ability to give it zero stars is for the two times I had half-decent service. The service here is absolutely pathetic. Ive been here on Thursday nights, Ive been here on the weekend, Ive been here for a Monday afternoon lunch: All completely and utterly pathetic. Ive had multiple instances where Ive gotten my food (while sitting down, not to-go) where I have been delivered my wings and then had to wait 5 minutes for a fork just so I could eat my food that was sitting there getting cold. Another time it took 30 minutes to flag down our waitress just to get our checks when we were clearly done, and then another 20 minutes to get our cards back so we could sign our checks (that was the only time Im never given a tip anywhere). Another time (and this is actually what set me over the edge to write this review), I waited 25 minutes to get my to-go food on a Tuesday afternoon when the place was not even remotely busy and no major sporting events were going on. On all these occasions, not one apology, not one ounce of remorse. Just completely useless service. I tried to look past it as it is the only downtown Milwaukee B-Dubs and the food is not bad, however I will not sit through anymore completely useless service just to get their food.

No stars isnt an option? Went here around 10:45pm after the downtown fireworks to be greeted by the bartender yelling from the bar if we wanted a table or bar seating. (This yelling continued for every guest that walked in) We proceeded to wait to be seated at a table. We were finally seated by the manager seeing that we were still not seated yet. He walked right past the 3 messy, uncleared booths to seat us at a sticky table...next to all the dirty uncleared booths that were still not cleaned after ordering and waiting. We asked the waitress to move to bar seating where she said sure, then we proceeded to wait 45 minutes for our food. The waitress never checked on us and even admitted to forgetting about us because we moved to the bar. (Which we asked her permission for) We waited an extra 15 minutes for our check, and she forgot about a takeout box for my wings that I ended up getting from the bartender. The icing on the cake was getting our card receipt to sign and having a pen that didnt work. To avoid waiting another 15 minutes for a pen, I yelled to the bartender (since this seemed customary here) and we filled out our slip with a fitting tip. Do not come here and waste your time. My business is going to Wings Over Milwaukee.

Its the worst experience ever Im not sure why they put these guys on the phone to answer the customers as soon as I called no hi no nothing she start talking and talking and talking and then after that she said can you hold on a second the second took a 4 to 6 minutes on hold !!!!! OK no problem then I told her what I need or what Id like to order which I was a clear the 20 hot chicken wings buffalo ,,,,,, and I repeat myself I said make sure its not the boneless After 45 minutes of waiting my wife she picked up the wings Im suppose and she brought home when I opened it I find why they call boneless chicken wings which its not even chicken wings its a chicken breast they cut it in small bases and put it in some kind of bread it fry it and debit and hot sauce thats why they call boneless chicken wings which I dont really care about that.. so when we opened it in front of my guest to watch the game tonight I was so embarrassed to feed them chicken breast !!!!! This place really need some more trainings from the management all away down to that one take the garbage out because they have no experience of a customer service whatsoever 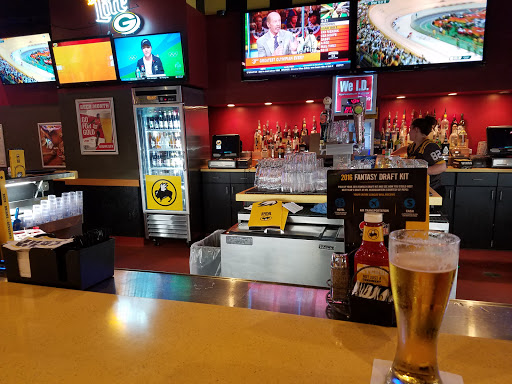 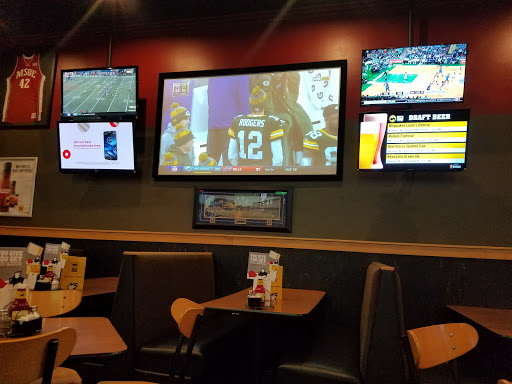 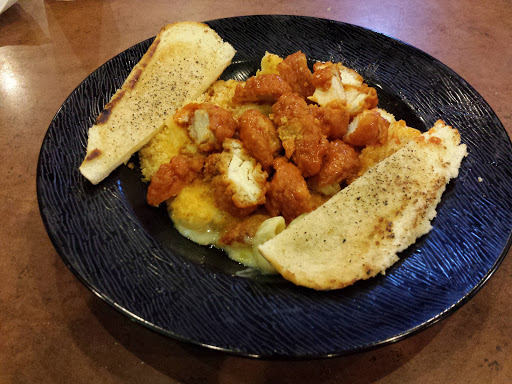 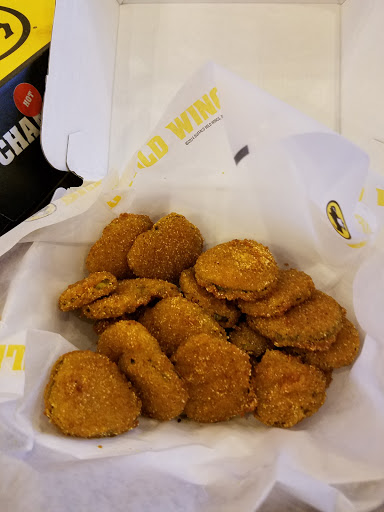 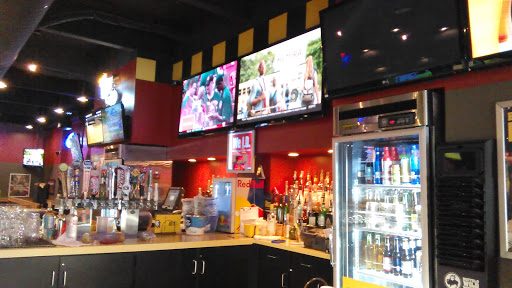 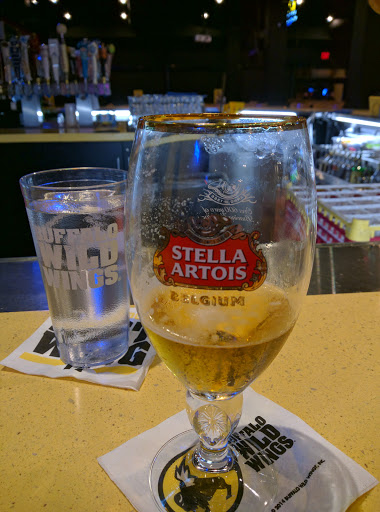 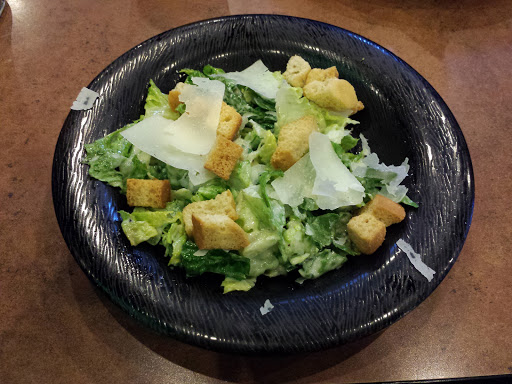 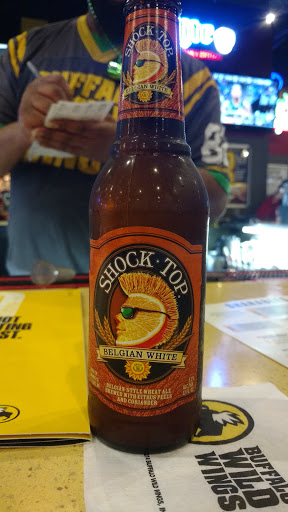 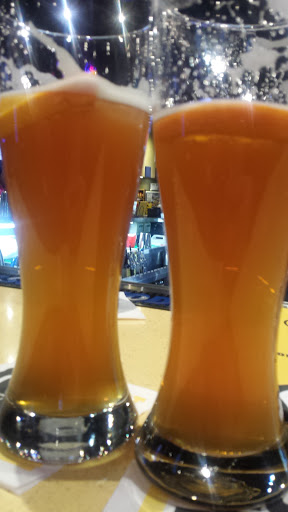 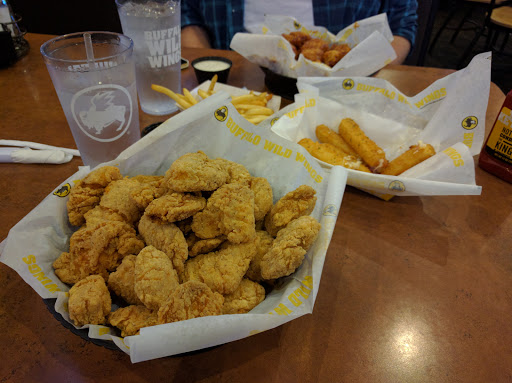 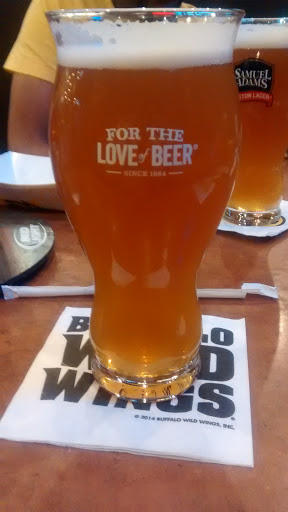 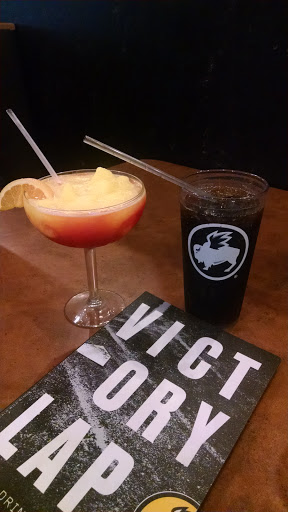