I was appalled to say the least. I complained to the waitress and she had the audacity to say, "Its near closing". Really??? You close at 10pm. My family and I arrived at 8:36pm. If youre still collecting my hard-earned money I dont care what time it is, I expect clean buffet countertops and hot food. Food was slewn all over the countertops and crumbs were everywhere near the desserts. My husband and I took my three grandsons out last Friday to celebrate their birthday and they were so excited about going to the Buffet so for their benefit...I stayed. I wrestled with sharing this review or not. Who wants to write a negative review? Not I. I visited on two prior occassions and had absolutely no issues at all. Thats why I suggested the buffet to the grandbabies. I was very disappointed this time. I tried to call the store and reach out to a manager but I cant seem to get a live person so here I am. I do not plan to ever visit on another Friday especially an hour and half prior to closing. Even though the same standards should be met if its a weekday or weekend as well if its opening or closing. They expect me to pay for my meals so there are things I expect out of them for the money I paid. Two expectations are hot food and clean buffet countertops. I didnt get either. The only thing hot on my first plate was the meatloaf. So I sat it aside and went got a plate of meats and a dinner roll. It was better but I didnt get any veggies. Wasted money for sure. Ohhhh well. Their lost. I will take my business elsewhere in the future.

This place was awesome! The food was hot, the staff was extra friendly and the restaurant was amazingly clean! Me and two other friends ate lunch there and it was amazing! I moved here from Chattanooga, TN 6 months ago and havent ate at a Golden Corral since then but it was nice to see that the one here in Savannah is just as awesome as the one back home! In my opinion, youd not find a friendlier staff! The food quality was excellent and the place, including the restrooms, was very clean! These people was on their game today! My friends and I will definitely be returning! Its great to see that theyre still people that love their jobs. In this restaurant, nobodys a stranger! They go out the way to make sure youre not in need of anything. Ive eaten at much more expensive places, that dont even come close to the customer care I and my friends received here! YOU GUYS ROCK!! And yes, I took the time to write corporate, to tell them of the excellent job you guys did! As a former restaurant manager, I know that all to often, restaurant managers hear the bad stuff and nowhere near enough, of the good stuff. This place really great and Ill do all I can to let others know it.

Horrible Service. Could not take my drink off the top of the soda machine quick enough for the rude worker who shaked her head at me and rushing me to sign a receipt she printed as i was trying to lower my drinks from wear she put it. Ridiculous spot to put drinks...they can spill. My son could not reach it. She was clearly shaking her had at me and said an underbreath B word to me and I called her out on it. She ran to her manager who was not around but seems to be scolding me the customer. She told him I called her the B word. I guess because im ethnic he believed her and looked at me like a second class citizen. He was extremely rude, and told me I could call corporate. (Like he knows nothing will happen.) I did call and reported treatment. They watched me and started gossipping. The manager started talking about me to a heavy set white man in an apron who worked there. How rude to do that to intimidate me with gossip and looks. Golden Corral should value all customers no matter what race. I feel sorry for ethnic workers who may report a white employee.

Customer service. Wow. I used to manage a small restaurant, and I will say this is excellent. The staff are literally TRIPPING over themselves to make sure everyone has a good experience here, like a family meal. The food is hot, Ive been watching them replace it routinely, the grill chefs and main buffet attendants are being personal and pleasant with each customer...even those who dont act with such grace back, but its hard even for them not to tone it down when flashed these smiles. Its the middle of Friday night dinner and the staff doesnt look or act tired, they havent acted any less pleasant the fourth time I came around than the first (hey, soldiers get hungry dont judge me). Even the wait staff are running around with smiles for every customer and attention to detail. Ive been here before, and in comparison.. id love to give this staff and tonights dinner an A+ rating :) good job guys.

May 25th 11:30 am - The grill chefs are very unprofessional. The older chef was very rude. All I asked him was if the meat was cooked well done. He just pointed at the meat. So figuring he deals with crazy folks all day (even though they just opened) I explained to him that I needed meat that was well done due to my medical issue...he just looked at me like he didnt care and pointed to the meat again. When the other chef came out...he just looked at him and they both just laughed. Because my family was there, I chose not to act a damn fool. We never saw a manager the whole time we were there. Honestly, the issues that are posted have been the same issues that were there the last time I went there 3 years ago. Nothing will change. As long as the store has a constant flow of customers the cleanliness and professionalism will stay the same.

This place has really fallen off, the quality of the food has gotten worse and worse over the past year. Folks end up waiting an unreasonable amount of time for dinner rolls and other staples. The staff have progressively become less professional and negligent, (save for a few waitresses) the kitchen manager apparently has lost control of the BOH associates. They can be seen eating almost as often as they can be seen helping guests, Ive watched the gentleman that should be tending to the grill walk to the desert bar several times and eat with his gloves on then just return to the kitchen. This location has gone to the dogs. 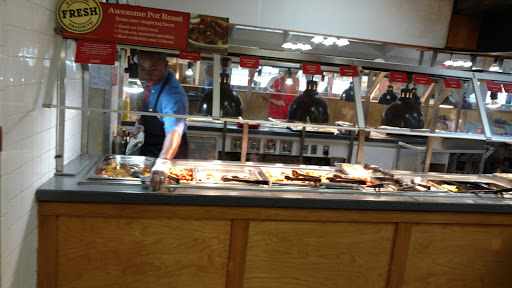 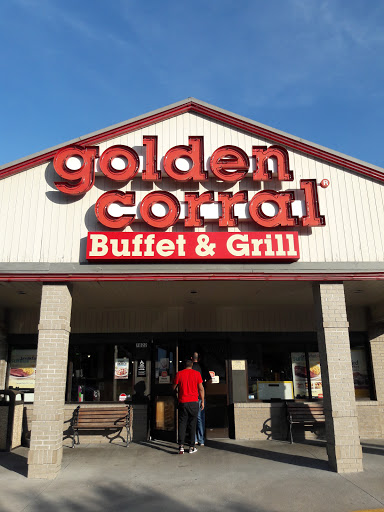 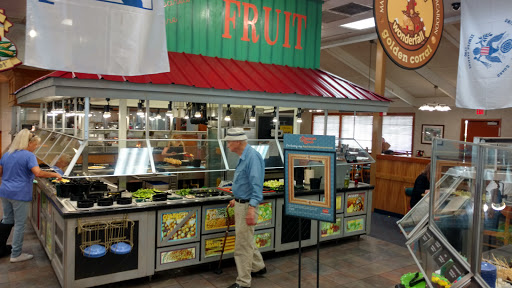 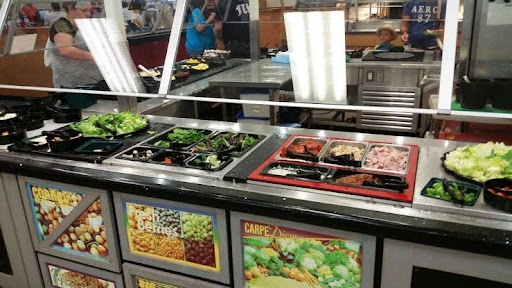 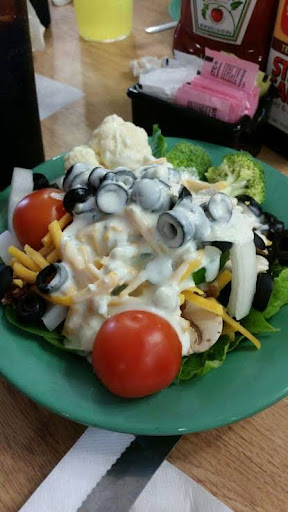 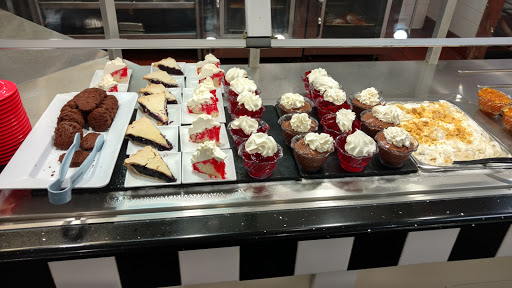 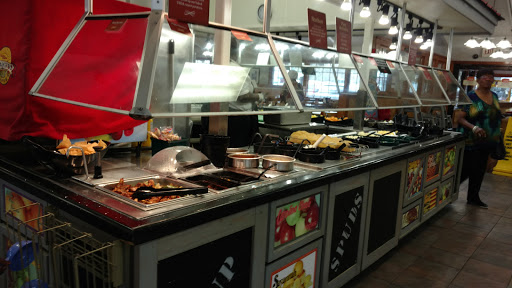 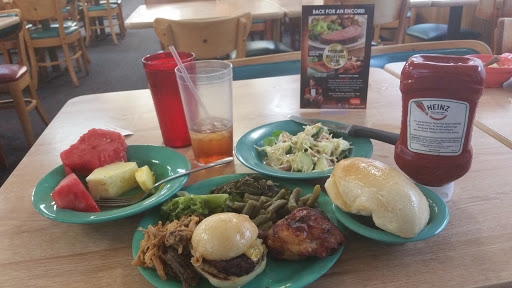 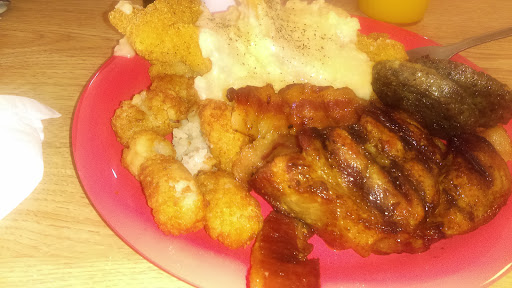 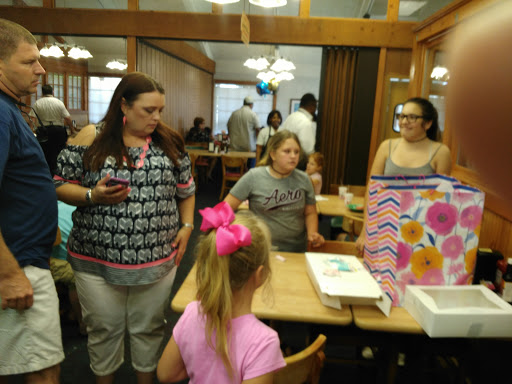 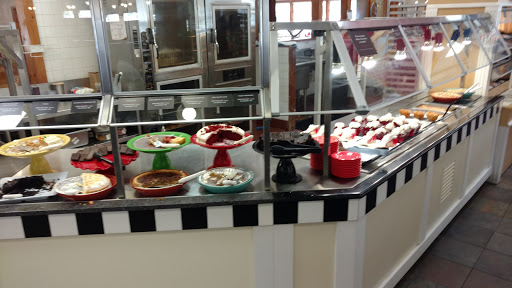 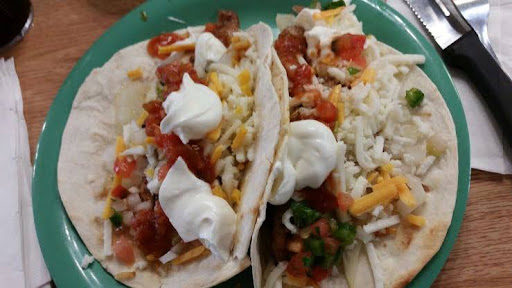