We went out for a nice dinner with friends. We got there around 6:30pm and the restaurant was pretty empty. The staff every minute or two would stop by to ask what we wanted to order. We didnt even get a chance to pick up the menu. Once we did order each course would come out within minutes of each other. We started out with Bang Bang Shrimp which came highly recommended. You could not tell they were shrimp, the pieces were so small and was mostly breading. While eating the shrimp, soup and salad was order by a couple of people - they were brought out - we asked if the one of the salads could be brought out after the soup was finished. They kept trying to bring the salad out - so it was finally cancelled. Few minutes later the meals came out - and the people were not even half done with the soup and salad. We were asking if they could pace it better - but were told that they were told by the kitchen it had to be brought out. We asked to see the manager. The manager arrived and apologized and said they were not trying to get rid of us but we still ended up with various courses on the table at the same time. While eating the entree they wanted to know if we wanted dessert and we told them no. Then asked if we wanted coffee. They brought the bill as soon as we finished eating. We paid and went elsewhere for coffee and dessert - we were obviously not wanted at the restaurant. Last time we will go there.

I like Bonefish Grill... I use to go to a different location until they closed. This was my 2nd time at this location.. Not sure if it was just the night we went and the horrible server we had but the food was cold, anything we requested we had to ask at least three times.. We had filets and lobsters - filets were served completely cold with cold vegetables, we all had to share one butter for the lobsters because our server kept forgetting to bring out the rest among few other things that happened. The worst part about it was when we mentioned just the cold food to our server she all of the sudden became irritated like we shouldnt of said anything and then had an attitude for the rest night..I couldnt finish everything I had on my plate ..our server asked if I wanted to take it home.. I said yes... our server went a grabbed a box...brought it over.. placed it on the table then grabbed my plate and started to walk away to throw my food out in the trash... I literally had get up and stop her. she then said oh i thought you didnt want your food. OMG Seriously how dumb can you be I WAS THE ONLY ONE WHO REQUESTED A BOX!!! I am writing to let everyone know if you do go to this location do not sit in KATIES section, she is the worst server I have ever had!

We visited the location on Big Beaver last night around 9pm and the place was 3/4 empty. The hostess was busy having a conversation with her coworker to acknowledge our presence. We requested a booth and she turned to her coworker and told her to put some paper on the requested table. The coworker returned and never cordially invited us to go to the table, the hostess turned to us sarcastically said follow her. We decided not to stay and left, reluctantly decided to return and report the problem to the manager on duty (Laura), her comment was "we just finish our dinner rush" she will speak with them. While standing there, the hostess was discussing the situation wth the guest behind us. This was very unprofessional and I recall the similar problem with your facility near Lakeside mall, when the service declined and ultimately closed your doors. We have always enjoyed your food, however the restaurant competition in Troy, MI will not allow your standards to be compromised. FYI, the hostess is the first point of contact for your customers, this is a critical position for first impression.

Im very supersized by my experience here today they are a bit most expensive, and the starting break and oil/herbs was setting the stage for an amazing meal. service was ok speed, but very friendly. I even had a waitress run my glasses out to me that I left on the table!!! Unfortunately both my wife and I were far less than impressed with our main course dishes. The appetizer, bang bang shrimp with well worth coming back for. My Trout looked great, but the flavor was basically absent... It looked great, should have been amazing, but something was relay off. My wife had Cod and shrimp. She said the shrimp was great, but cod again had no flavor... I mentioned it to the server and I would say the manager came promptly and handled this far beyond my expectations. My side of AuGrotten potato;s is a must try, again, amazing, and my daughter was satisfied with her meal. I will be back again, however I need too look at other recommended dishes before my next trip.

I had a very unpleasant experience at the Troy restaurant yesterday. I have been there many times before and have always been very pleased. Yesterday. I ordered take out. I arrived to pick it up and tried to use coupons that I had purchased in December. I had a VERY unpleasant exchange with the manager. i tried to use an expired coupon(which I had been assured in the past would be ok}. This manager would not even listen to me. She kept interrupting me and using a bullyingtactic. I finally said ok and left. The problem is not the coupon. I would have listened to her logic and accepted her answer. It was her attitude. She was very disrespectful. There are so many very good restaurants in Troy. I dont feel the need to go to one that treats me like this. The food was great.

Dont understand why people are complaining about the price... went for brunch the price amounts are reasonable, food was delicious, and service was prompt. Opened up with their bread which is incredible....had to try the Bang Bang Shrimps and they did not disappoint. Truly a great appetizer dish. I ordered the Fish and Chips for my entree. Fish is lighy breaded and the cod melted in my mouth. Chips were crunchy on the outside fluffy inside. In all, had a dynamite experience. Food is on point and service was excellent... cant ask for more than that.

Have enjoyed the Bonefish in Novi, so was excited when one opened closer in Troy. Went for lunch and our server was very attentive. It was hard to pass up the Bang Bang Shrimp, but decided on the Salmon and side Caesar salad. It was a wonderful selection! The salmon was grilled to perfection topped with spinach, artichoke and a very light sauce. The Caesar was traditional (as I like it) and excellent. Perfect lunch. Going for a birthday dinner tonight and looking forward to ordering the Bang Bang Shrimp for appetizer. Cant go wrong here! 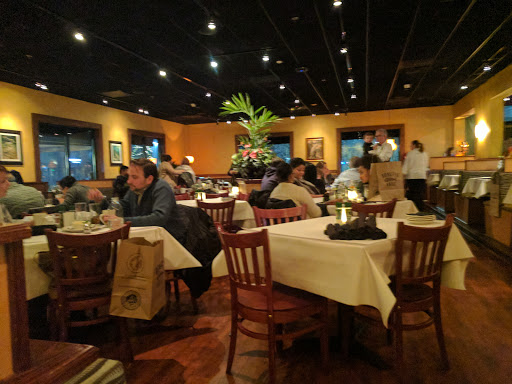 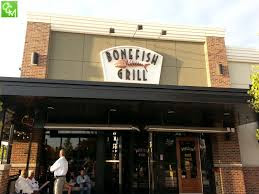 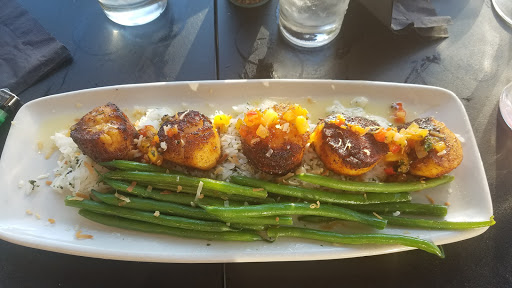 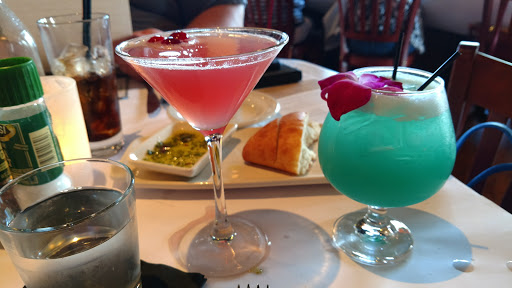 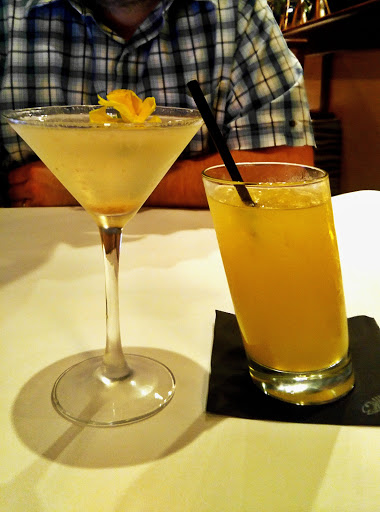 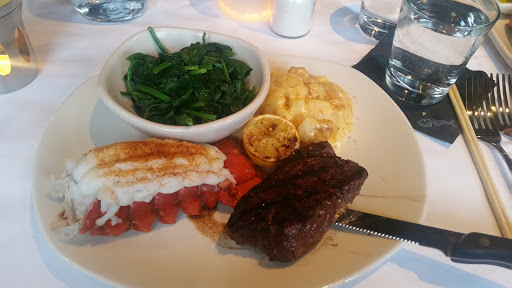 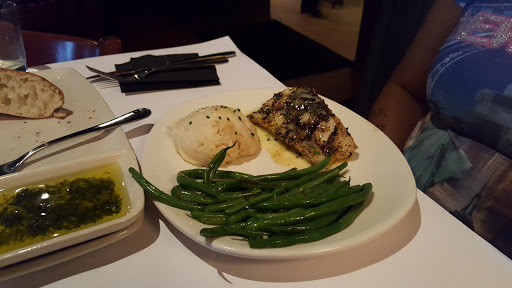 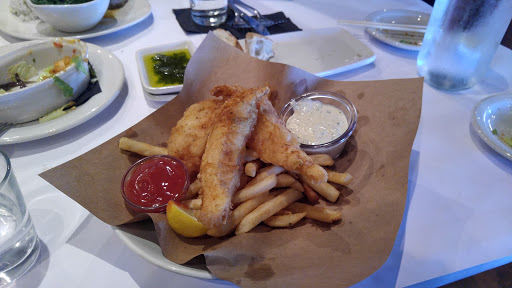 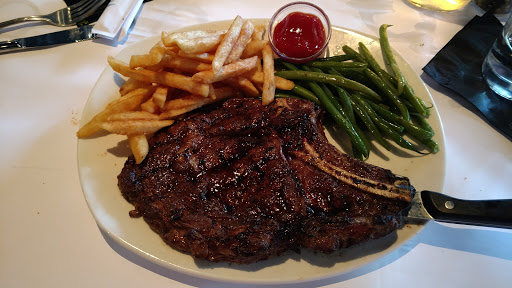 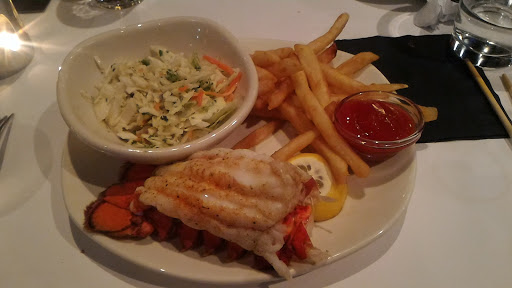