I went there I went there yesterday for lunch at about 12:30- 1pm. Ordered sushi, nothing special or in-particular happened upfront. Then right before my sushi came the OTHER sushi chef placed some sort of stack or something on the floor and looked me in my eyes as he squatted down on it in front of me on top of it and started eating. Im like uh.... then (NO EXAGGERATION) started eating like a SLOB....literally sucking on things and spitting them back into the bowl. letting food fall out of his mouth back into the bowl. Mind you Im a grown man so by no means do I expect a man to be super clean, but this was DELIBERATE. HE looked at me and smirked as he did it. He was stooped down low so no one else in the restaurant could see him unless you were at the bar. Im like yup here comes the racism. But I kindly asked if the waiter would tell him to move as it was making me uncomfortable and just plain disrespectful. Didnt get loud, didnt make a fuss. I know asian places to be very accommodating and polite. He spoke to him in another language the guy smiled and kept on. The waiter brought back my food. As if it was supposed to shut me up. Then I sat there, gathered myself let him eat and get up. Started to eat my sushi. He then comes back and sits in the same spot, leans forward and opens up his shirt revealing his chest. Literally is sitting in front of me, shirt pulled open at the neck, I guess flashing me his chest in even more disrespect as if to say ha ha heres some more. Also he wanted to try and intimidate me. I then told the waiter again, I thought him eating in front of my face sloppy like that was disrespectful and he wouldnt do it if someone else was right there, especially not a woman, (or anybody that wasnt a black guy, but of course I didnt say that part). Then I exclaimed to him the fact that he came right back and sat in front of me pulling his shirt down so I could see his chest. The waiter asked if I wanted to take my food to go. I said no Id just like some common respect. Then i asked for the sauce that usually comes with sushi because at this point I had only ate one piece of sushi. They looked at me and said what sauce. I said theres usually a dark sauce I always get with sushi. They said "soy sauce". I said no I dont think thats it, I know what soy sauce is. They said thats the only sauce we have. I dip a piece in the soy sauce...Im like...I know this isnt it. It doesnt taste right. They ask me again if I want the food to go. A younger white guy says to me...um I think I know what youre looking for you want eel sauce. I said ok that sounds more like it. They say oooh. eel sauce...as if it was some new kind of special sauce. Mind you how long we have to be sitting there for another person to overhear how dumb they are acting and come over to help me out. And he said thats 1 dollar extra. I have been to the same spot before didnt have to pay for it. Never have ever had to pay for eel sauce at a sushi place. BUT OK. At this point I can see they dont want to help me just plain out. I eat the sushi, they ask me if Im done with my plate. I said um...Literally just took it all away. I just go oh wow in my head. Still chill. I ordered more sushi they asked again, So you want this to go. I said no. For HERE. Still super calm and just kind of bummed at this point. He has the guy who I just complained about make the sushi. I look at him with a kind of smirk like you better not do anything to my food. He laughs right back like yes IM THE ONE making your food. Literally we are on the same page with whats going on. Like he actually laughed. At this point Im super uncomfortable. The same chef makes my roll and walks right to the back. IM LIKE WTHeck. The waiter comes by I say well you took the eel sauce I ordered when you took the sushi, will I have to pay for more, he says the eel sauce is one dollar. I said I know that but you took the one I bought before I was finished and Im asking... RAN OUT OF CHARACTERS UGH

Hate to give this review especially since its hard to find ramen in these neck of the woods, but its warranted. First off (and I didnt use this as a factor for my review), they have a few typos on their menu like cooktails and chciken. Just thought it was funny. Came here for dinner and it felt like we were being rushed for placing our orders. Also, we were told to get the ramen because its good... Thats fine and dandy, but let us peruse the menu first please. We all ended getting ramen, but I got the wrong ramen. Server even asked if I was sure I ordered the ramen I wanted. Not cool as Im sure I know what I want to eat/order. I kept it anyways. Wanted the dan dan mein, but got the tonkatsu ramen. Wife got the spicy garlic miso ramen. The pork belly was cooked fine, but the soft boiled egg seemed cool like the broth wasnt hot enough to heat the egg again. My broth was very sedate and lacked umami and overall flavor. Same went for my wifes ramen. Instead of chili powder we were told they have sriracha instead and its better. No, it wasnt for ramen. Service was a bit off as water wasnt refilled often enough which is sad since its a small place. I would still have been willing to give this place a 3 star since its new... if you really consider 2 months old still new and needing to work out kinks Ive aforementioned, but the problem was after eating here I had a minor case of food poisoning. Since wife didnt get sick it had to be from the ikura bowl I ordered on the side. Maybe well come back on Mondays for cheap ramen, but honestly Id rather travel to the north burbs or into the city to get my ramen fix. I love omurice and okonomiyaki as well, but if they cant do ramen right I dont think theyll do those dishes justice either.

I live 2 minutes from this place and was very surprised by the quality of the food. The mrs loves sushi and this place is kind of bland looking from the outside. But when we got inside all that changed. The interior is bigger than we would have thought, and the ambiance is really relaxed. Keep in mind this not a high end sushi place with porcelain plates, water features on the walls, with mahogany furniture. This is a sushi restaurant that serves good sushi. NOt a lot of flash, but high on service and food quality. The staff is very polite and attended us without stopping by every 3 minutes to ask if we were ok. Now on to the food! When I normally get sushi, I tend to stick to at least 2 or 3 items that its hard to mess up. Crab rolls, tempura roll, tuna roll, california roll, etc etc. However Ive sampled a variety of rolls from here and they are all excellent. I recommend: Unagi Roll, Ebi, Dragon Roll, Crab Roll, White Spicy Tuna,Tinley Roll, Eskimo Roll, Maki, and the G crunch have become my favorites. I havent sampled the whole menu as of yet, but we are slowly getting there. They also serve trays and boats for intimate dining. Beer, wine, some mixed drinks and sake is served. Now the only down side I can say it that they are a little pricey when compared to other places like it. The food however is just as good as some of the other high end places weve gone for sushi in downtown Chicago. Overall I highly recommend going here.... 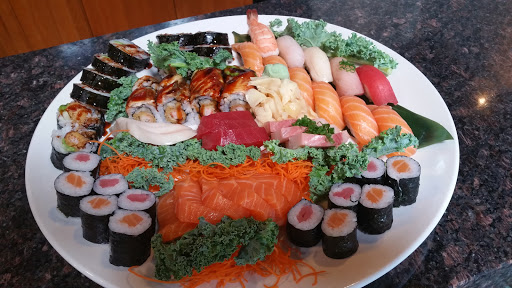 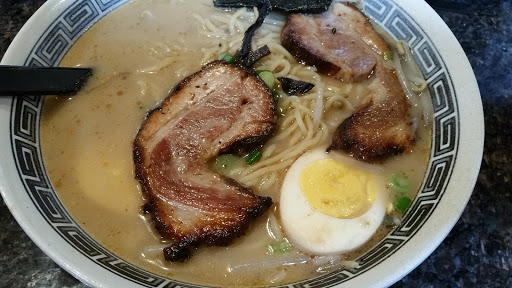 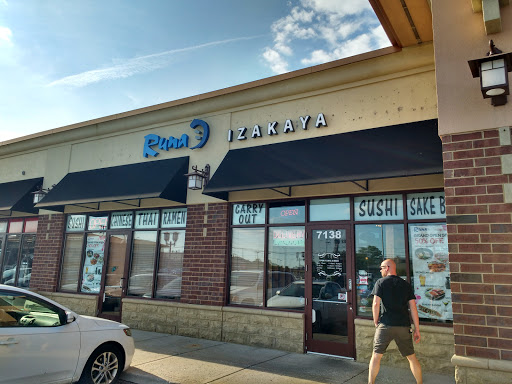 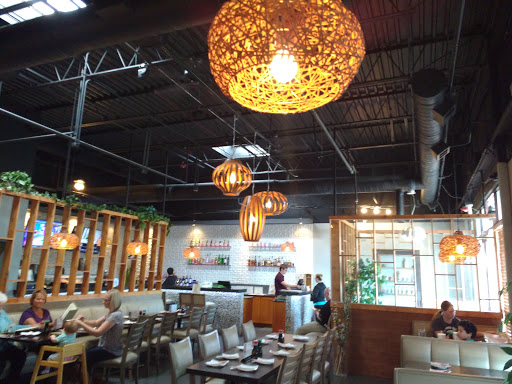 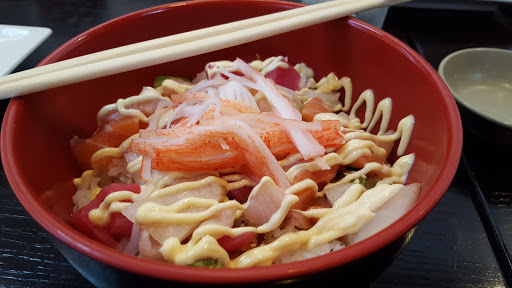 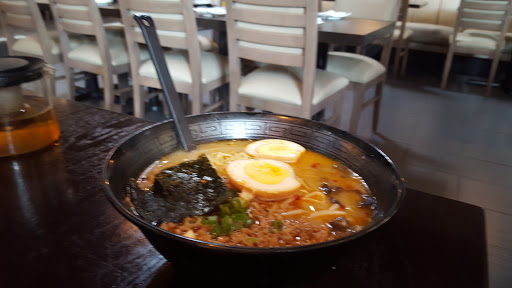 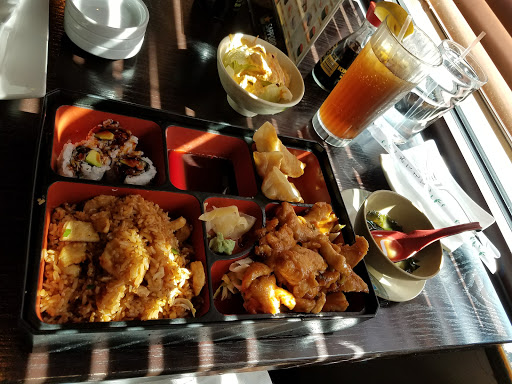 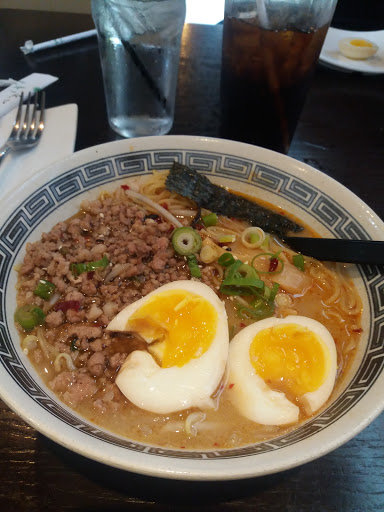 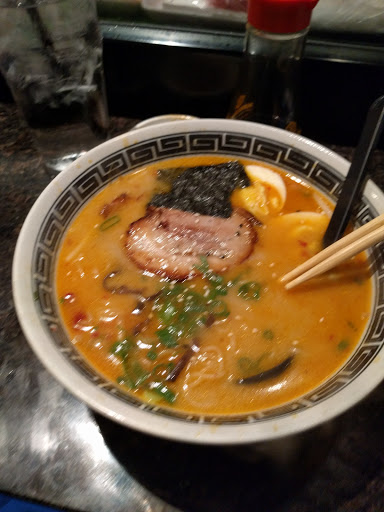 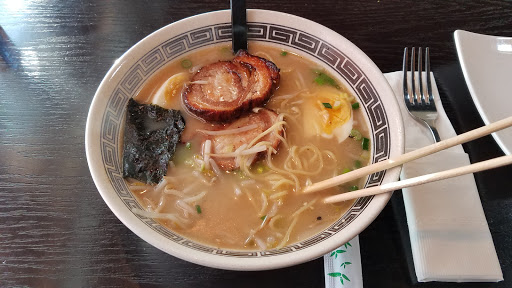 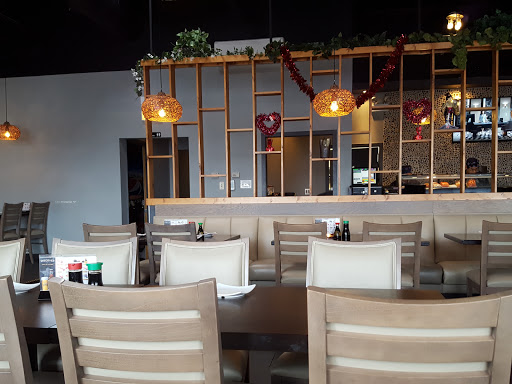 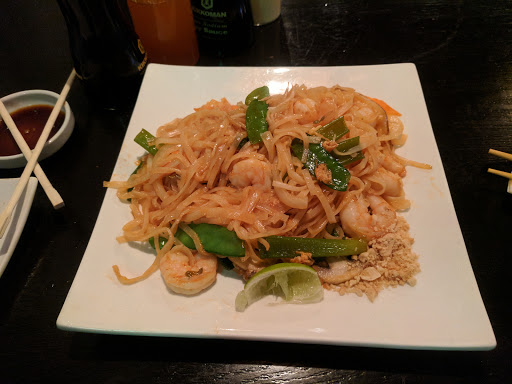 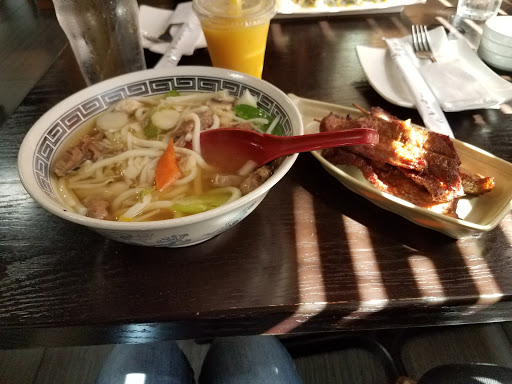 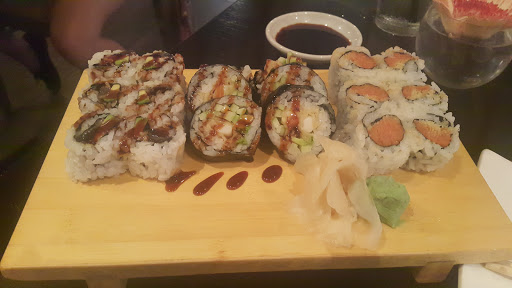 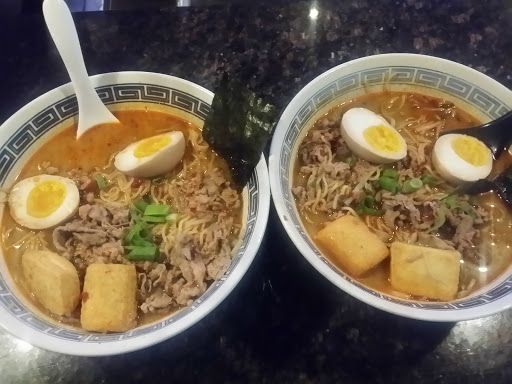 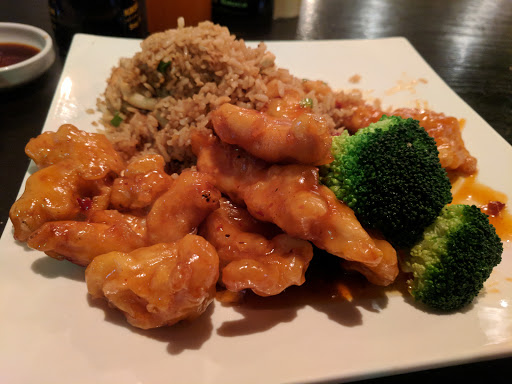 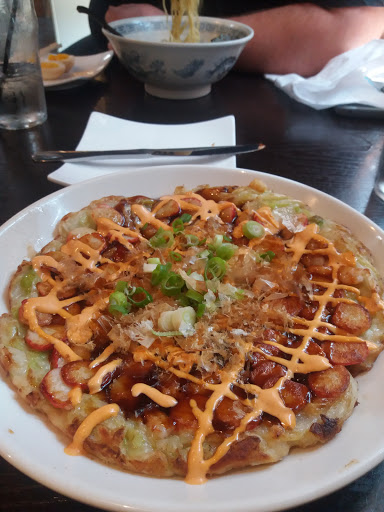 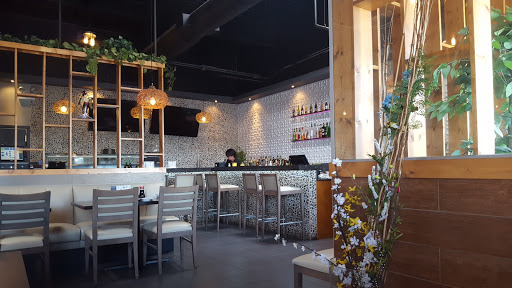 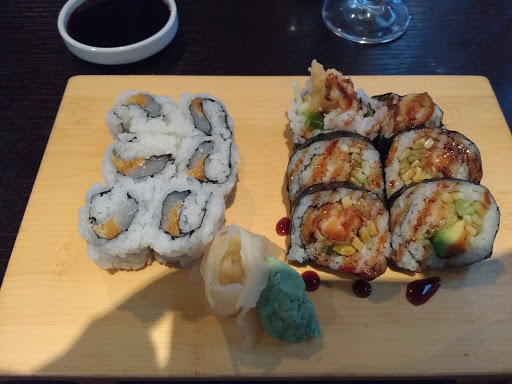 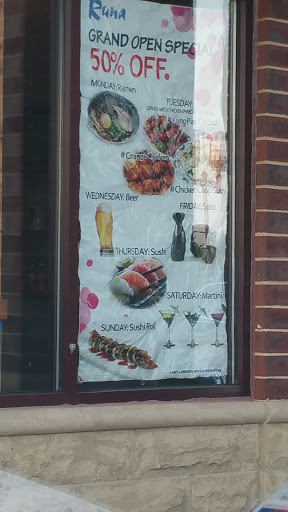