First visit to this BWW, I have worked previously at different locations the last 3 years and love this new addition to Savannah! -Awesome greeters, very accomodating even when very busy. -Amazing food runners/expediters, very friendly and double checked to make sure everything came how we ordered it. -We were sat in the bar area earlier tonight around 430 4/18 and we were instantly greeted by Sterling, very upbeat and friendly. -He got our waters out to us well within the 3 minute window, my wifes beer took a few minutes but the bar was slammed and it was brought by another server as soon as it hit the service window, very impressive for a place that hasnt even been open a week. -Our appetizers were cooked perfectly and tasted delicious, Buffalo Chips with Salt n vinegar is a must have when you visit. -Our food came out 12 minutes into the visit, fresh crisp traditional wings, nicely cooked boneless and my daughter loved her chicken tenders and wedges. -Prebussing was on point, no trash laying all over the table and Sterling even grabbed a wing boat for me for the little stuff. -Bathrooms were nice and clean, the floors and tables were well swept and wiped. -Believe it or not I saw the servers working together to get tables clean, AS THEY WERE WALKING BY, not even in their section or buddy section, thats truly awesome to see. -My wife and I have been looking for a place around here with great food, atmosphere and Service, we found it. BWW on Abercorn is certainly a place to try! Thank you again Sterling for your great service and friendly positive attitude! Side Note to management, Im not sure how many of you there were, but I counted at Least 12 different Polos, so Im assuming that you are either GM, AGM, FL, SFL, AAGM, stuff like that, make sure you check on your servers tables, we were walked by 5 times at least by each manager, not one of you stopped to ask how things were, we would have loved to tell you how much we loved it! Overall, amazing, thank you so much for finally opening BWW Savannah!

I came into the restaurant in good spirits with some friends. We (group of four) were asked to be placed in a booth upon arrival. After receiving our drinks and appetizers (2 spinach dips, a Long Island Iced Tea, a beer, a Pepsi, and 3 waters), we noticed a roach crawling on the wall of the interior of the booth near my friends shoulder. We alerted our waitress and she informed the shift manager, Diana, who arrived AFTER we killed the bug. She explained that exterminators spray every Sunday and that may be the cause of the visit from "our little friend." We were polite and accepted the EXCUSE and continued with our dining. After a few minutes, we were met with two more bugs and were ended up switching tables without any assistance from our server or manager. Furthermore, when we asked the manager, DIANA, for some form of discount for the inconveniences she agreed to take care of the appetizerS (plural). When we received the checks, we noticed that one spinach dip was taken off instead of both; and when asked about it, the server explained that Diana only instructed her to take off one. Accompanied with poor attentive skills, lack of urgency, and slack customer service skills, our overall service and dining experience was HORRIBLE. I have never written a review for a restaurant, but I felt that this was 100% necessary.

EPIC FAIL! FOR ONLY JUST OPENING A YEAR AGO. THEY SHOULD NOT HAVE SO MANY ISSUES. Walk in to a group of employees standing at hostess station talking. Completely ignored us and the others that come in as well. When I interrupted there get together to be seated I was treated very rudely and then was made faces at and whispered how rude I was for trying to be seated. Next was the waitress that took our drink order promptly after being seated. We had to flag her down to get our drinks after waiting almost 20 min. And to order food she was more interested in having a conversation with the guy cleaning the table behind us. After waiting 30 more mins for food. It was disgusting looking as if it had been dropped on floor and put on plate. Tried to flag her down again once found she sighed like wtf you want now. The place was disgusting the food Nasty the service was a joke and watched as almost all of the workers ignored customers and then talked crap about them loud enough for others to hear.. this place will be shut down for health code violations or no business. We travel a lot and never in my life have I ever seen such a poorly ran restaurant.

Me and my friend decided to try the new Buffalo Wild Wings off of Abercorn. We usually go to the Wild Wings downtown but wanted to stay a little closer to the house. When we got there, there were about six servers hanging around the hostess stand doing nothing but taking up space for us. We literally went outside to wait our 10 minutes for a table. We finally sat down. Our table wasnt cleared off whenever we arrived at our table to sit down, so we had to wait for a little while longer for them to clean the table which shouldve already been done before our buzzer went off. The service was decent, food was fine. I was so annoyed the whole time we were there because at any given time there were at least eight tables (I counted) that werent cleared off. Of course, whenever we left, there were still servers at the doorway just standing around whenever they couldve been cleaning off tables. Whoever is the manager/owner etc needs to take a hold of their team! Overall, our whole experience was SO annoying, disappointing, and we will never ever come back again. Wild Wings in downtown Savannah is worth the drive!!!! 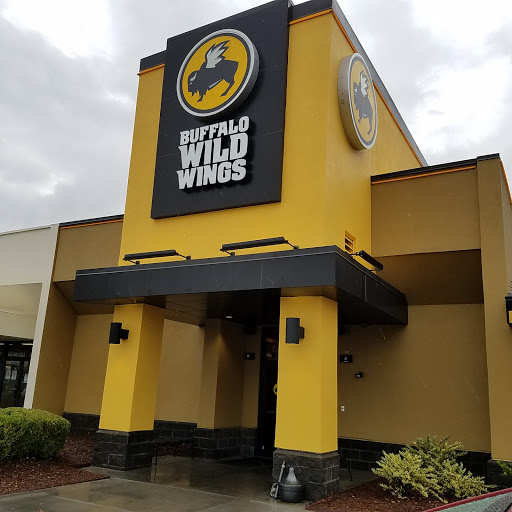 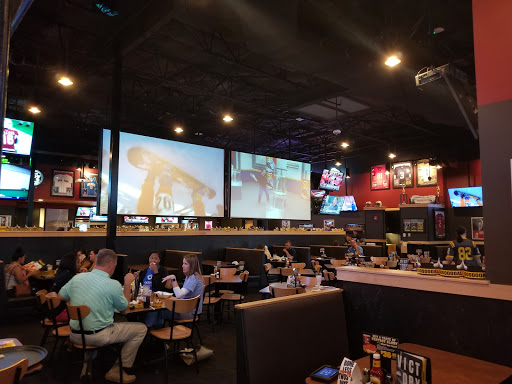 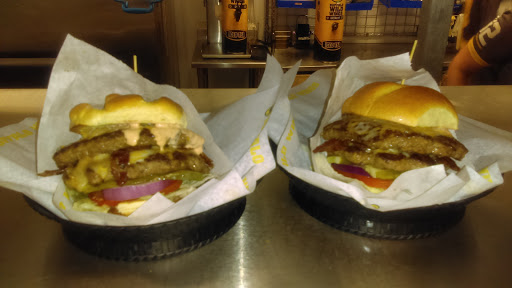 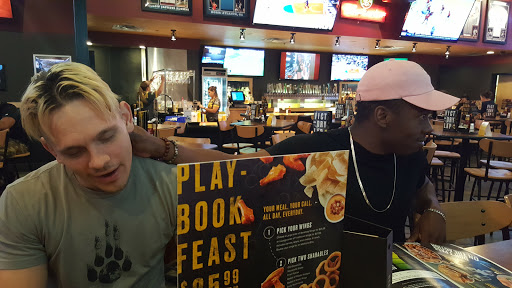 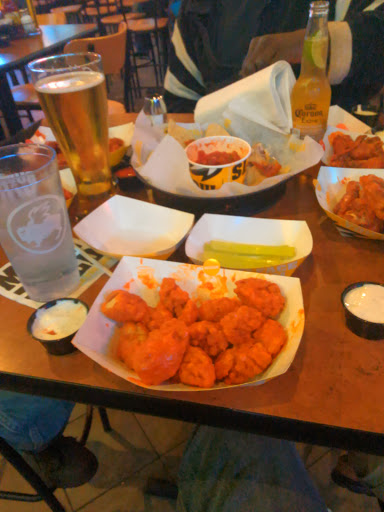 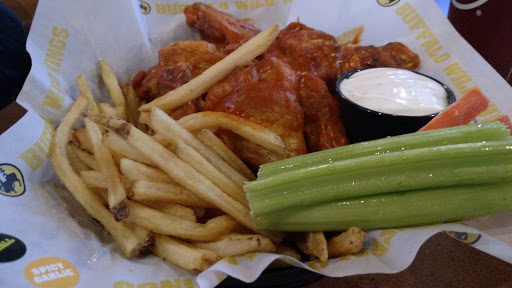 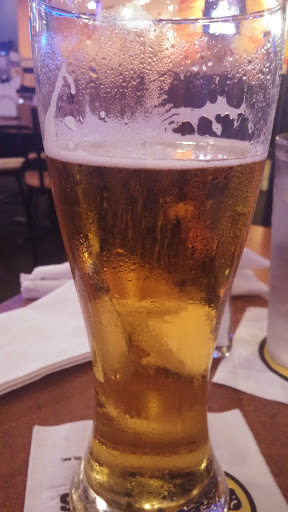 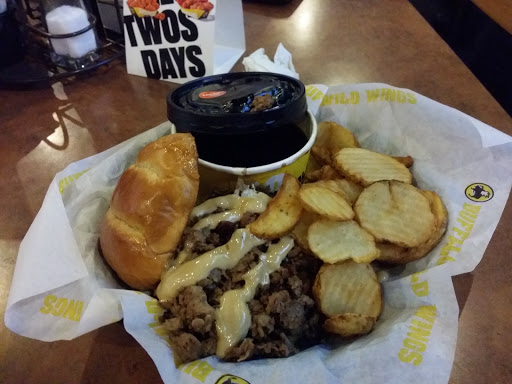 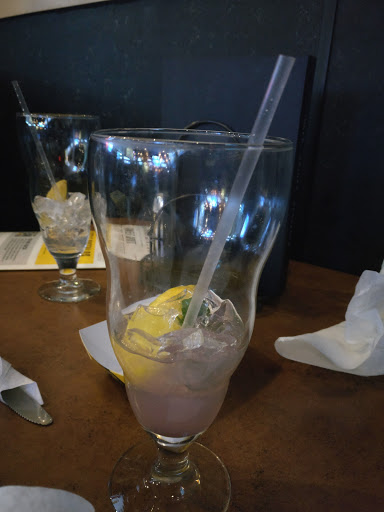 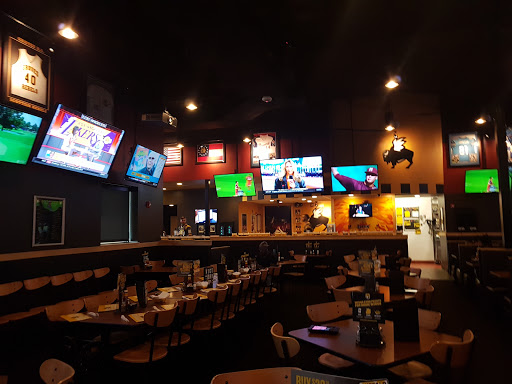 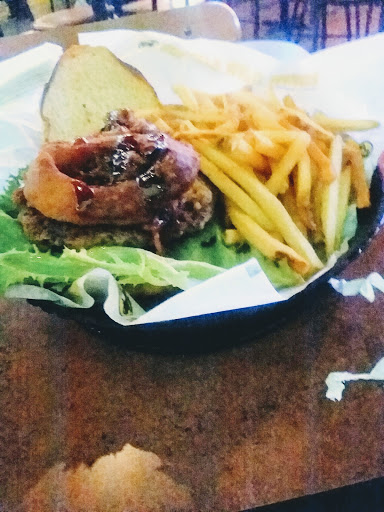