they are always out of stock of everything, everytime i place an online order there is always some reason i cant get exactly what i ordered. Okay sometimes they are out of olives, i can almost forgive that, sometimes they are out of sausage, also a minor yet annoying set back... mushrooms, and well you get the picture... But today i placed my online ordered and it never showed up... i ordered some pasta PASTA! and so i called after an hour went by, turns out they did not have any pasta NO PASTA! How does this happen that a restaurant just keeps running out of food, whos responsibility is it to restock? they did not even call. they absolutely suck. i am going to order from the one on hairston road.

This location is the WORST Ive ever dealt with. They are very unprofessional and always places you on hold for at least 7 to 10 minutes. And when you hang up and call back, its the same results....as if they are frustrated with a CUSTOMER calling to place an order. Im curious to know if anyone, the manager/owner, reads the reviews because his/her employees are ruining the business and reputation of this location. The owner/manager should call in, if the can stand the hold time, as a customer and they will see the type of service this location is providing to the public. I will spend my money elsewhere from this point moving forward....JUST TERRIBLE!!!

This place totally sucks. I called in for a delivery on a friday night around 6:45pm. Two hours later I call back pizza hut to ask, "where is my pizza?" The young man on the other end of the phone said the pizza was made about 20 min ago and "it should be there very soon".... What kind of service is that? I tried to even cancel the order but that wasnt really an option at that point. Who knows, maybe Ill have some cold pizza hut by midnight.

Terrible- buy a frozen pizza and save time and money. Just ordered two pizzas that I waited over an hour for... Both are burnt and neither have any marinara sauce. Crust tastes like card board and is hard as a rock. Heed the advice of the reviews- dont waste your money!!!!!!

Very very poor service! I hate to say this but I dont get service like this on the Northside. Dont order for delivery if your hungry or have a event planned because they get it to you when its convient for them and dont waste your time asking for a supervisor.

The last 2 times, which has been in the last month Ive been to this pizza hut its been great! No complaints, excellent service and quality of their pizza. Now I must admit, it hasnt always been this way but lately Im giving them a thumbs up.

First my pizza was 2 hrs late when I leave 2 mins away. Then it was cold. When I called I was kept on hold. At the same time they pulled up. Yes I said they! He was riding with someone and they was yelling out the window. Never again

Looks like this place hasnt changed. The earliest I have ever gotten my order from here was two-and-a-half hours. Its 4pm now and I still havent gotten the order or a phone call since I placed it at 1:30.

Worst pizza hut ever. The hold time is ridiculous, the pizza came cold, and the professionalism went out the window years ago. i was extremely disappointed with quality. I will never order from them again

If I could give it no stars I would. THE MANAGER JUST HUNG UP ON ME WHEN I ATTEMPTED TO EXPLAIN THAT THEY DID NOT BRING MY COMPLETE ORDER AND WHAT THEY DID BRING WAS MESSED UP!!! DO NOT ORDER FROM HERE

Way after the delivery time. Called to track order was given an attitude by the rep who answered the phone. The lied and said they left when it showed up an additional 30 minutes later!!

Never available for delivery when the website says. Might be time for a new driver who can get to work on time.

Called and it directed me to Flat shoals location, this location is not even open anymore! Pissed off

Will not deliver 10 minutes away from their location

Horrible service I can never get my food.

Never get my food on time 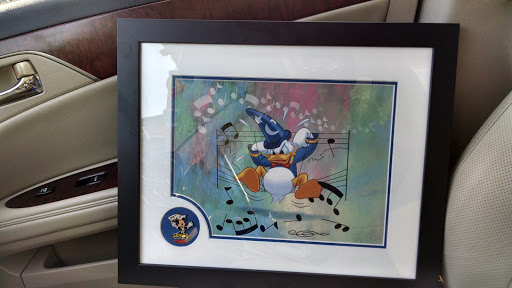