Wish I could give a half a star ! Thursday night 8:45 .... maybe 8 tables all waiting on food. Employees literally walking around in a daze . Took 15 mins to be acknowledged after getting a booth. Never got cream for my coffee . Brought out turkey bacon !! Who the heck wants turkey bacon ??? I was told they were running low on pork bacon . Its IHOP .... isnt bacon a staple . My son finished his food before my daughter n I got our food . Never even got our pancakes . We finally get our check and the waitress says "I took the turkey bacon off " wth.???? Uhhh the bill is the same . Another rant ... $2.34 for a dang cup of watery coffee . As a single mother that works two jobs , who just wanted to take her kids out for dinner . I left with an ulcer and a 36 dollar check . Let me reiterate a family dinner, not sit and watch my son eat alone dinner . Excuse of being "new" is total BS . Its sad , we get awesome restaurants and the same piss poor service comes with this area .

Stopped in this morning WOW, what a disaster. Where is management in this store? Sat waiting for a table for 20 minutes, not bad. I was seated and handed a menu, it only had 8 items on it. Um the last IHOP I went to the menu was multiple pages, asked for a cup for coffee that the little coffee butler was sitting right there but no cup. I realize they are new, I understand that and get it, BUT dont schedule your bulk of wait staff in at 9:00 am on a Saturday morning, management should have done their homework and visited other restaurants for each meal for a month to see what to expect. Next is everyone leaving the restaurant is telling everyone else that the food is horrible or they never got served after waiting too long, again where was management?? When you first open a restaurant, management doesnt get a day off for the first month. Just what this area needed another piss poor managed place.

Well today went to ihop with my mom and my son and we all order I always order a ham and cheese omelette create your own with cheddar only. They cook the food come back and ham only the waitress said the cheese was in the inside so I cut it open and nothing so disappointed then after she takes my plate and throws cheese on the top and brings it back......now im just angry that yall have people who cant even redo a omelette the right way with cheese on the inside come on ihop!!!!! Paid for the food dont like complaining!!!!! But im 39 weeks pregnant and im not happy about my breakfast!!! Waitress asked if I wanted a box at the end and I told her I wouldnt eat that very disappointed

I have been to this Ihop twice now. First time we went, we were seated but then our waiter never showed for a good 10 mins. Then we waited 25 mins for our food. When our food came out it was backwards. Also she didnt refil our drinks. Then we went again this week and they ran out of tea, my boyfriend had one glass with lemon(when we both said NO lemon) and he got water for the rest of the time. ( we were charged for the drink) then our waiter gave me the wrong omlete. I told her it was wrong and when she finally brought me mine there was a HAIR on my plate. Like wtf? All i have to stay is I WILL NOT BE COMING BACK TILL THE EMPLOYEES STOP PLAYING IN THE KITCHEN!!!

I went the weekend they opened and aervice was beyond terrible. I have decided to wait until the new wore off and we have tried it again. Service is still not good. We ordered, drinks came out, part of the food came out, no one stopped to check to see if everything was ok. The girl who dropped the food said I am waiting on a pancake and an order of hashbrowns. I didnt want the food to get cold so I brought this out first. We had to ask about the rest of the food as we were finishing our meal. Dont know if I will be back. There will be a nice restaurant space for lease aoon in Bethlehem if this type of service keeps up.

Went here on a Friday night. It wasnt busy at all. Took my son out for a reward. Ordered our drinks and an appetizer. Got that in a timely matter, but we sat at the table for AN HOUR. The waiter never came back and kept us posted on our order. We had ppl who came in after us and ordered steaks and they received Thiers before us. My kids fell asleep at the table. All the waiters look confused. We got up to leave then thats when everyone wants to rush over. Not acceptable. Id rather drive to Athens Or Laweranveville to eat at those then this one. NOT SATISFIED AT ALL. WILL NOT BRING my FAMILY BACK PERIOD.

Our waitress was new and while some mild thing were her fault, the manager was mean to not just us as customers, and kept putting blame on everywhere else, but when she went back to the kitchen she called out our waitress so loud we could hear it. First off any issues with the waitress she should have went up to that waitress privately, but second she would not take any blame for how things were being run. It was awful how she reacted. Perhaps it was stress, I get it but theres still a line when it comes to talking with customers.

The place was so packed that there were parties waiting outside to be seated when I got there. I was seated within 20 minutes of arriving. My drink order was taken within five minutes of being seated. After taking my order my food was served to me hot, fresh and very quick! Ask for Kaitlynn! She did a great job! Especially considering the tremendous amount of stress of a grand opening! All-around a good experience, considering the restaurant has just opened and has such a high volume of customers stopping in.

Overall, not a great experience. We waited 45 minutes to an hour to receive our food on a day where the restaurant wasnt busy at all, and when the food finally did arrive it was mediocre at best. My mother got a BLT and the bacon was cold and burnt, and everything else was just okay. Also, for whatever reason, the restaurant smelled slightly like a public bathroom despite being brand new. We will probably not be going back anytime in the future.

Heard bad reviews prior to our first visit this morning... Decided to see for ourselves. We were seated promptly and the hostess was friendly. After that we were never waited on. No drinks, nothing. Several waiters/waitresses walked by without any acknowledgement. After 15 minutes we left... Hostess said "have a nice day"...without any question as to why we were leaving. Yep, another restaurant we wont return to.

I have been here twice with my boyfriend, the first time - horrible service, but food arrived timely. We said we would never be back. Gave it another shot today- even worse! My boyfriend waited and waited for his Togo order (which was done and waiting right in front of him) and he tried telling him but the young man didnt want to listen. They have no system in place. Very unorganized and again BAD SERVICE 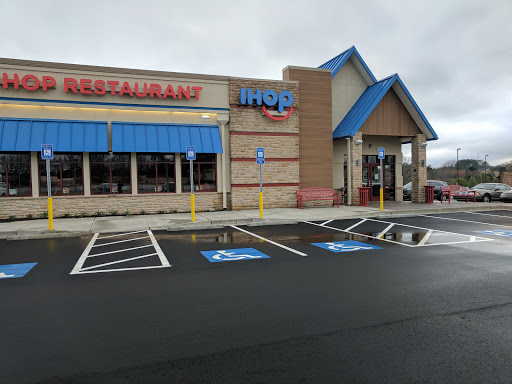 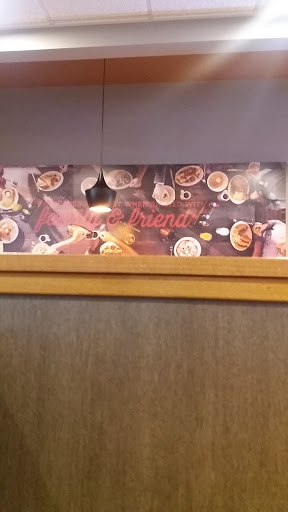 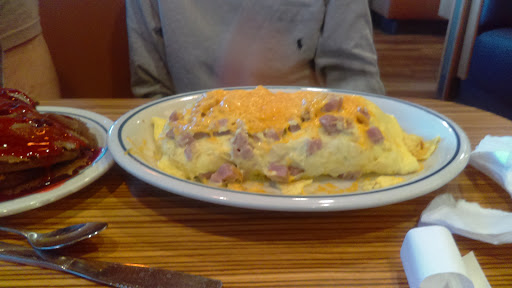 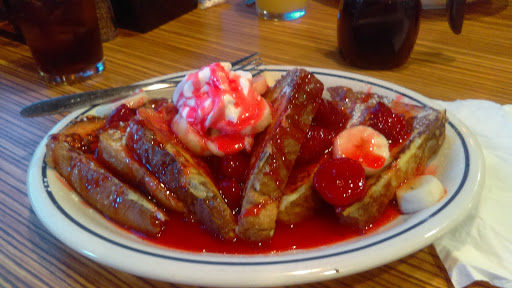 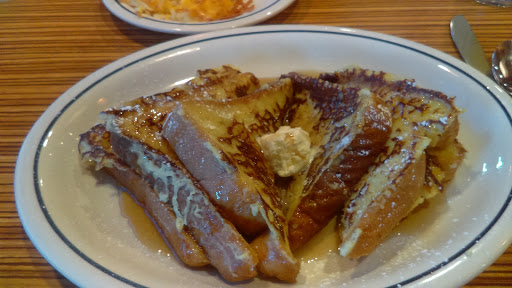 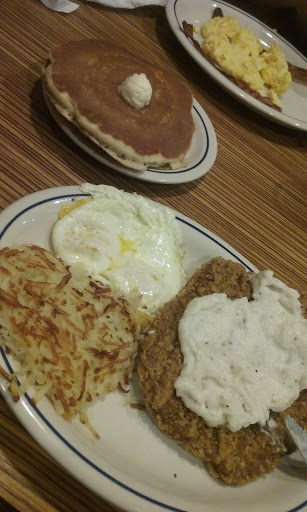 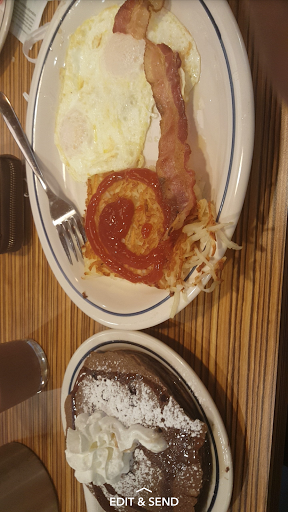 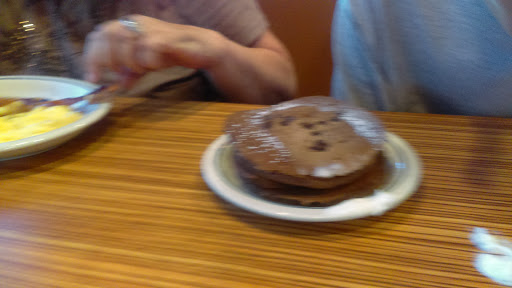 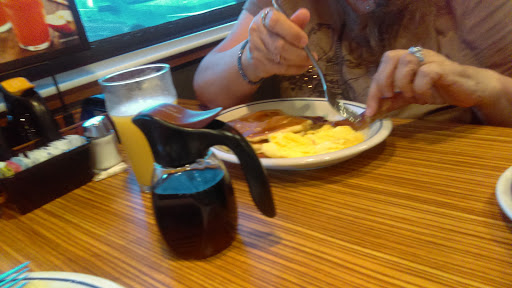 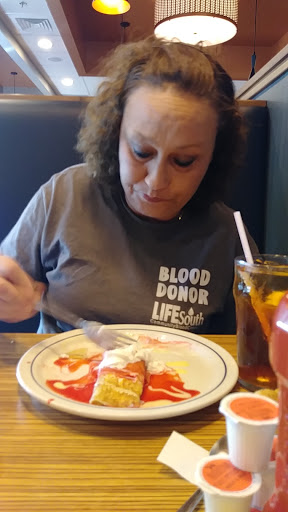 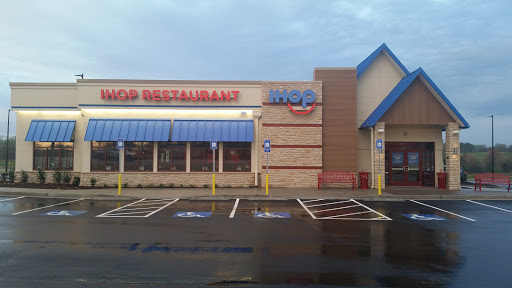 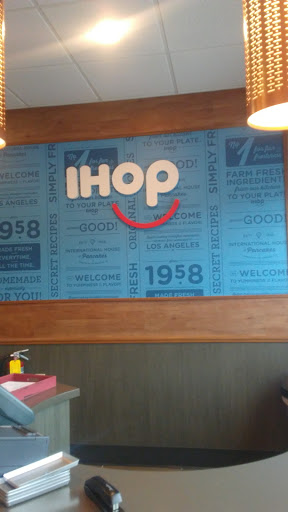 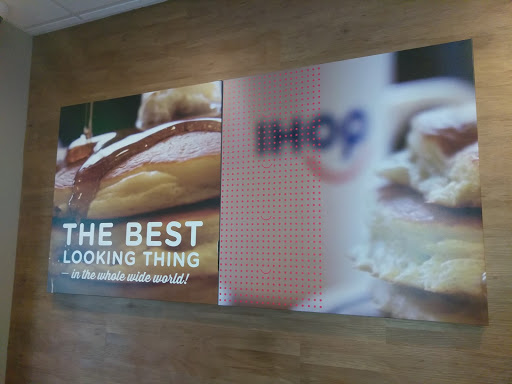 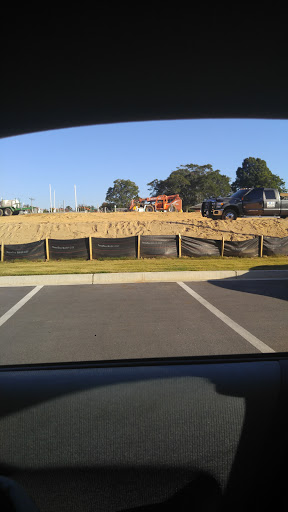