Ive had it with this place. If there was an option for zero stars thats what this review would be. We used to order here all the time with no issue. A few weeks back the eta was an hour and thirty minutes, it took two and a half hours. After the issue was handled we even got a coupon for the inconvenience. When we called to compliment them on handling it with such grace, the mod wouldnt even give out his name. Now we ordered again, the order was taking longer than predicted so we called and were assured it would be the next order out on delivery. One hour and twenty minutes later still no delivery. We called again and the mod told us they never got the order. We then called corporate who assured us that they did get the order. Bottom line, someone cancelled my order and then lied about it. We will never order from this location ever again.

Ive never had such bad service from a pizza place. I ordered my food at 9:30pm and was told it should be at my house approximately around 10:05pm... it is now 11pm no pizza showed up and i tried calling them multiple times i was put on hold every time i called with no anwser so i just ended up ordering dominos which came to my house in 25 mins fresh. I will no longer order from this pizza hut. UPDATE: I ended up ordering from this pizza hut again (MY MISTAKE) I ordered 1 large pizza and 6 wings... I mean seriously? It takes over 2 hours to deliver 1 block away. I will be in touch with corporate and I hope this pizza hut either gets new management and staff or shut down for good! I wish someone who had good work ethic and motivation worked there.. maybe then everyones orders would be correct and on time. ZERO STARS.

I WILL NEVER EVER EAT HERE AGAIN!!! I ORDERED FRIES AND WINGS AND A HOUR LATER I GOT MY FOOD. IT WAS COLD AND THE FRIES WERE HARD. SO I CALLED TO COMPLAIN AND THEY WERE GOING TO PUT A CREDIT ON MY ACCOUNT. THEN I WENT TO EAT MY WINGS AND THEY WERE STILL RED IN THE MIDDLE( NOT COOKED ALL THE WAY). SO I CALLED AGAIN ASKING FOR MY MONEY BACK AND NEW FOOD. THE MANAGER HUNG UP ON MY THEN WHEN I CALLED BACK EVEN MORE MAD SHE TOLD ME SHE DIDNT HAVE TIME TO DEAL WITH THIS AND WAS NOT GOING TO GIVE ME ALL MY MONEY BACK AND THAT SHE WAS GOING TO SEND ME DIFFERENT FOOD. SHE WAS SO RUDE AND HAS THE WORST CUSTOMER SERVICE. I STILL HAVENT GOTTEN THE NEW FOOD!!

They messed up our order. Wrong crust wrong toppings forgot our drinks. Nothing in the order was correct. We called complained abs they told us our next pizza would be on them. We tried to claim that pizza today and the "manager" Matt was so rude and basically accused us of making it up. And refused to give us our free pizza. We takes to corporate and they are sending us a credit which I am very grateful for. But I will never give this physicist pizza hut my business again. This was nor the first time they have messed up our order. Not the first time they have been rude. The staff needs a major lesson in manors and customer service.

As a business owner and entrepreneur, I believe this store needs a serious new managment. Ordered cheesy breadsticks and they were to hard, went in to return them, was another box of cheesy bread, that was also too hard. If this kind of product is being rolled out, as frequently as it was said, why isnt the management, under Kathryn being supervised. The manager is to make sure the product is as gaurenteed. I am not upset at the company, rather the management and staff there. I even had to pay for my cheesy bread that were to be free as I joined as a member. Awful, close it down, or find new management.

I ordered a deliver lags and was told 45 minutes. Thats fine. They were closing soon. But 2 and a half hours later I try calling and the response is "I have no idea where your delivery is, were closed." This may be the WORST staff and Pizza Hut Ive ever dealt with. Do NOT order from here. Their staff is GARBAGE from top to bottom. If you do order from them, just know that it may or may not come through. Total trash. This type of poor customer care comes from a managerial level. Whoever their manger is is 100% garbage. Dont expect anything from this place because they dont care about the customer.

Not even sure why this place has a phone number. They never pick up the phone anyway, not to mention that i placed a delivery order that was supposedly going to take two hours to make, that literally never showed up. Worked in the food industry my whole life, like to consider myself a reasonable customer but this establishment is incredibly disappointing even for a pizza hut.

We ordered one time and they never showed up!! Gave them another chance tonight and they Forgot our wings. We called and they Said our driver would turn around and bring the wings right back, but they never showed up. Forty minutes later the lady on the phone says it will be a fortyfive minute wait...do we still want them??? Happy mothers day to you 2. Wont be back.

Ive never had this bad of an experience with this place until today. My order was 25 minutes late then when I called the store to talk to a manager I was told the manager was busy and I explained myself as to why I was calling only to be put on hold and the manager never answered. If I could I wouldnt even give 1 start.

Great food! I just had to eat my pasta cold because I had to wait for the driver to bring me a fork. Im in a hotel, I dont know why they would think I have utensils to eat. Advice for u people. If youre in a hotel ordering, be sure to remind them to bring utensils! Otherwise youll be sorry u forgot to ask.

Ther cuatomer service is HORRIABLE.! The mess up your order then the manager says the credit me and when i call they say its not there store. Already complaind to corporate. And the staff is worse. I will not spend my money there AGAIN!! Maybe they will learn when they go outta bis.

I live 2 blocks away and it took an hour to get my pizza. when I got it, it was cold, the cheese was not melted, and the bread was doughy. worst pizza Ive ever had! it ended up in the trash. I will not order another pizza from there again.

They have the worst customer service you could probably experience and slow! I order one large pizza with wings and was there waiting for an hour and thirty minutes. They are rude too. The pizza and the wings were really good though.

With amazing food as well as amazing service this Pizza hut is extremely highly recommended, i am constantly blown away by how amazing the people are! If your in the mood for pizza, 51st and Federal is a MUST!! 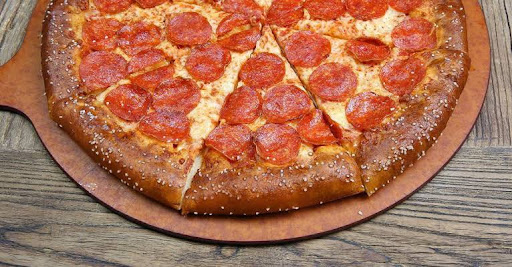 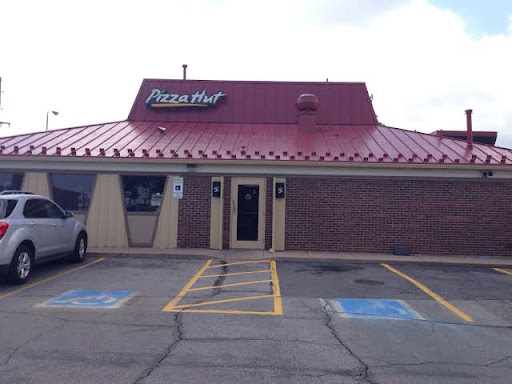 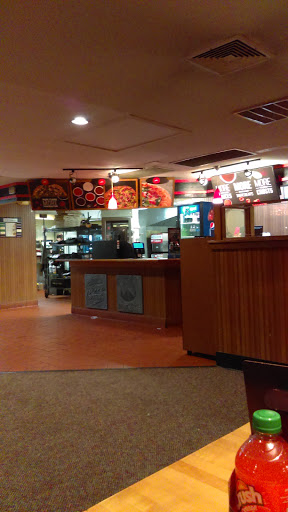 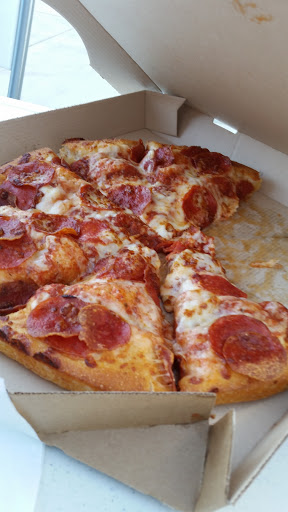 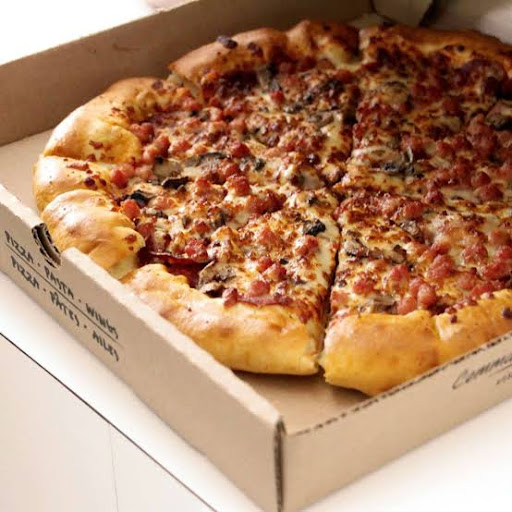 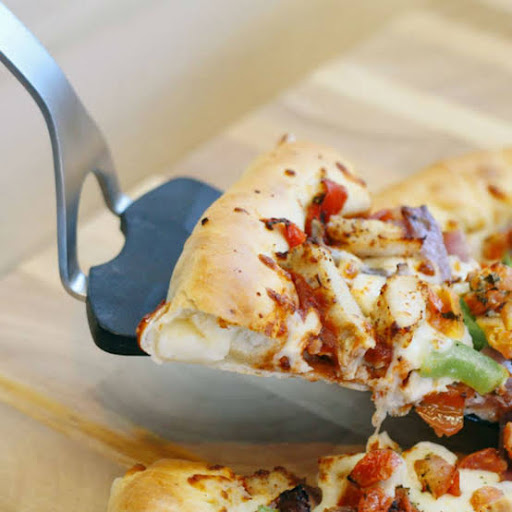 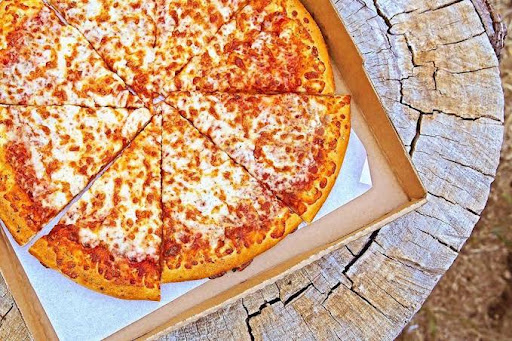 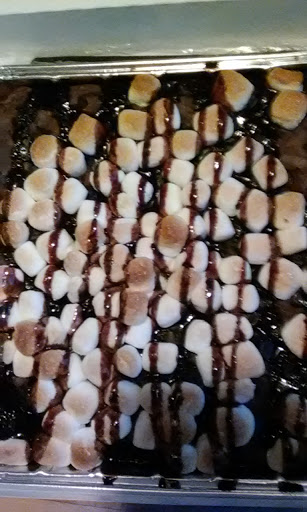 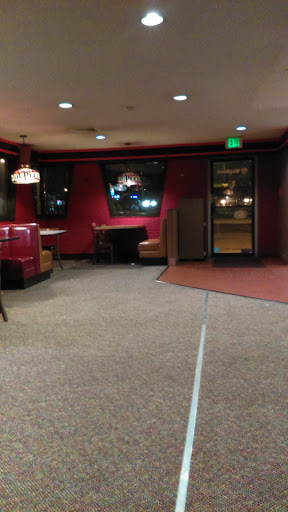 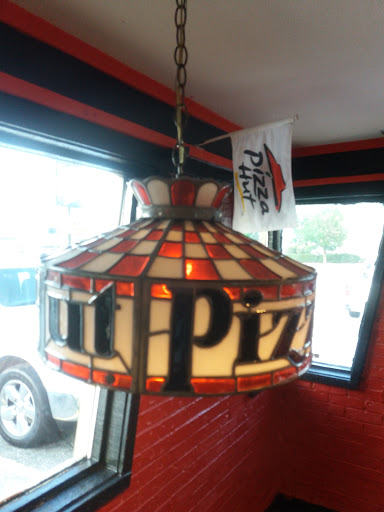