Rudest waiter Ive ever had. Send that boy to Paris so he doesnt rush people out the door. I went here last Sunday night for some alone time after a weekend with the grandkids. Never again!!! The place looked nice and the waiter seemed polite, until I opted for iced tea instead of the bottle of wine he offered to sell me. (Guess he thought I walked to the restaurant.) The iced tea did have ice in it, but was a little warm, but no problem, I added some ice from my glass of water. When another guy brought my main course he asked if I was done with my salad, I said no, so he moved it to one side. In a few minutes the waiter returned and lifted it so fast I couldnt even say anything. A few minutes later he asked if Id need a box. I told him no, that I wasnt ready for that yet. About 15 minutes later I told him that I would like a box. He offered to bring me more tea, which I was glad for. He brought the check and boxed up my food. I left my card for it, and once it was returned, I signed my copies; took my purse and went to the restroom. I left my box of food, my book and a nearly full glass of iced tea on the table. I was hoping to finish my tea and read for about 20 more minutes. The waiter met me just outside the restroom door. "I thought you left!" he exclaimed. "I put your book and your food at the podium for you." He grabbed my book and box, handed them to me, put his hand on my shoulder and walked me out the door. No Im sorry or what can I do or anything. I was so shocked I didnt say anything. The wind had picked up considerably, so as I was digging through my purse for my keys, I started to get angry. Normally, Id have gotten my keys out before I left the restaurant. I clearly hadnt placed a large enough order to be worth this young mans time of service. He ruined my evening. I will never go back. It should also be said that the iced tea was $3.99 -- just to give you an idea of the prices.

We were looking for a Steakhouse to meet everyones dietary needs and this place was right by our motel. Getting a reservation worked and we were seated on time. Then, the most miserable dining experience I have ever had ensued.The position of our table (party of 8) was in the large party section and we were seated next to a very noisy & obnoxious party of 23 possible little leaguers and oblivious parents. There were two other larger parties as well and there was no place to move to when it became clear that we couldnt hear ourselves think. Our table was situated such that servers were constantly walking back and forth on both sides or our table to serve others and we felt like we were in the way. Our meal took about an hour to arrive. The huge wine glass was filled less than1/3rd full for $7 and a burned rack of ribs had to go back which was compted at least. Yes, beef is expensive but to pay this high price in this atmosphere was outrageous! This was the worst place for a relaxing meal on a Saturday night with family from out-of-town.

I cant remember ever doing a review on a restaurant but we just got home and Im still so mad I decided to do a review. Food was good but our server Joanne was rude and annoying. This is the second time weve had her. She interrupts non stop and wants to take your plate as youre eating. She came over to fold used napkins when someone went to the restroom and just stayed there as we were talking. It felt like a control battle with her. We could not visit or relax because she constantly interrupted us and seemed to know and enjoy it. She is pushy, rude, and ,makes you feel like you need to get out. We asked for the early bird menu and she seemed mad and gave us one to pass around to 6 people and stood there the whole time asking if we were ready. I like the food but the service ruined the whole experience. I will go there again but will refuse to be served by Joanne. The food I would give 3 stars to. Sometimes they have a great cook that is worthy of 5 stars but we dont experience that cook often.

I travel 3 days a week, 3 weeks a month so I eat out often. Like some of us that have to eat alone I gravitate towards nicer places that are well lit and serve the full menu in the bar. This is that kind of place. Lana, the bartender, was very attentive and very friendly. Although the place wasnt too busy ...(I eat early when I can) ...I was able to take my time, read the paper, have a couple of drinks and eat at my leasure with no pressure. The shrimp bruchetta appetizer was awesome and so was my steak. When it first came it seemed a little thin (Rib Eye) but it was really good. Cooked right and very tasty. No its not a cheap place but youre gonna get what you pay for. I will go back next trip.... The toopickyiguess person went in there for the wrong reason and the wrong cut of meat. They offer a 6 or 7 oz fillet....thats about 2 bites if youre hungry.....

Very disappointed!!! The salad had so much dirt in it we both gave up eating it. Our teeth simply could not handle the grinding. The manager assured me the lettuce was clean. Steak tasted good but was not even hot enough to melt the steak butter. And that sums up the temperature of all the food. Luke warm at best. And to finish off the night. gave the server three 3 gift cards which more than covered my bill. What does she do?? Uses 2 of them brings the third one back to me and charges my credit card for a portion of the bill $2.40. I guess she was so desperate for a tip that she thought if i didnt have a credit card bill she wouldnt get any money. Well her tip went down to less than 10% for a stunt like that!!! Happy birthday to me. Want a great steak and arent afraid to pay. Head on down to Ocean Prime.

Went for my Sons birthday who is town visiting while on leave in the military. It was a Monday night, not busy. Our waitress was very sweet but we waited much longer than expected for our app and food. When food arrived the gentleman that brought it set my plate in front of me (I ordered shrimp platter) I noticed a dipping sauce that looked like pineapple. I will admit I didnt notice that on the menu. When I asked what was in the sauce he in a VERY condescending way stated it was a pineapple marmalade. I asked if anything else on the plate had pineapple in it. He sighed very loudly and rolled his eyes and said "uhhh no" I then stated I was highly allergic. He changed his tune but at that point it was too late. I dont appreciate the way I was treated in regards to the conversation. Again our waitress was very sweet. 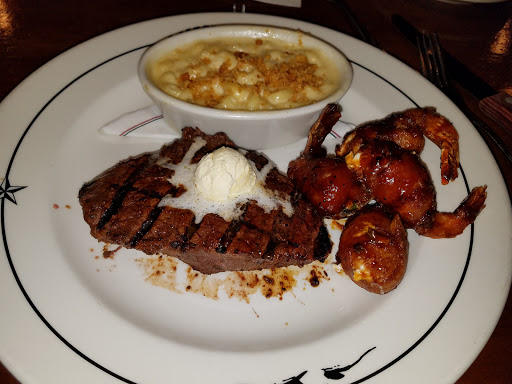 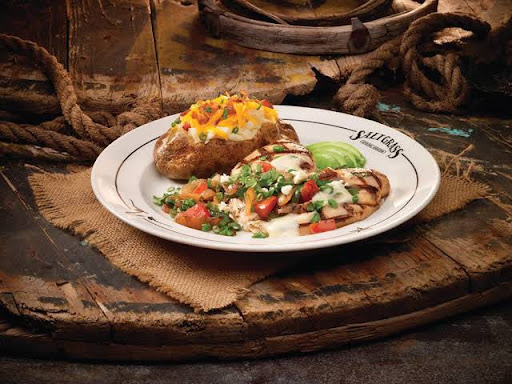 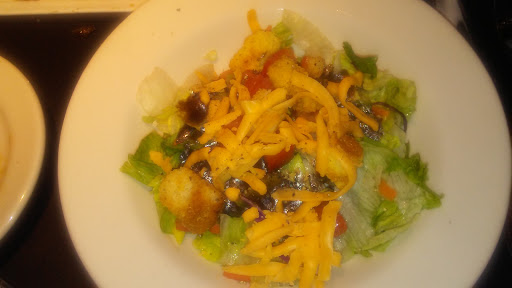 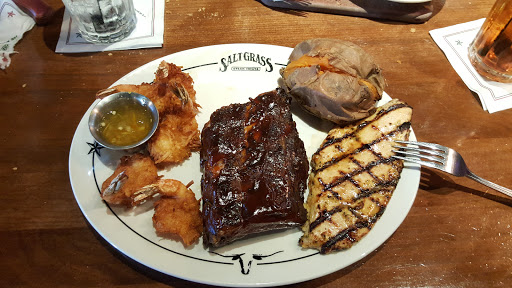 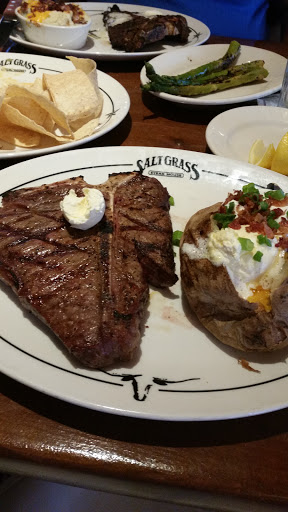