May 2016 Review: I came back to make sure I didnt have a one off great experience and I did not. The chicken was just as great as the first time and everything was delicious. I officially prefer this place to other chicken sandwich establishments. Not sure why some people are giving this one star but I recommend giving it a shot if you like Chicken Sandwiches or Chicken Tenders! April 2016 Review: A couple of relatives had already been here 2 times and they had mixed experiences. The first time wasnt very good but the second time they enjoyed everything. I hopped along this time to try it out and they said it was far better than their previous two times. I like chicken sandwiches but I am very picky. I like Chickfla and Shake Shacks chicken sandwiches. For me, Chickfla is a hit or miss so I dont go often. Shake Shack is great but a bit more juicy/oily compared to this one. This is my favorite chicken sandwich and chicken tenders so far. I like when the chicken is all white meat, well done, and dry but not too dry. I did ask for my chicken extra crispy so if youre not a fan of less juicy chicken then you probably wouldnt enjoy the crispy chicken as much as I did. I got the spicy chicken since I dislike how artificially spicy Chickflas is and wanted to see how this one compared and it really enjoyed it. I also tried some of the chicken tender and those were leaps and bounds above other places since these arent smoked in oil or taste like it came out of a fryer. The fries were tasty. Someone compared them to McDonalds fries in the review and I beg to differ. They are more like Burger King fries but not as salty or artificial. I thought they complemented the taste of the sauces and burger nicely. They have a couple of different sauces of which I loved the Dijon Honey and Spicy Barbecue. The house salad was fresh and the dressing was really nice and light. I went with low expectations but really enjoyed the food! If it wasnt so far away from my home Id definitely prefer it over the other chicken burgers Ive had. One thing to note is that the employees did forget a drink and a set of fries so they are still inexperienced. Ill be back to make sure I didnt just get lucky with the food since it was so much better than I hoped.

All things considered, I was not impressed. I have driven by this restaurant for weeks anticipating its opening. Tonight I stopped in for the first time and went through the drive thru. I placed my order at 6:57 and no one was in front of me. I did not get my food until 7:10. The food was not bad but also not terrific. The breading of the standard chicken sandwich has very little taste or flavor when comparing it to the other gay unfriendly chain. The 12 minute wait for my food was blamed on waiting for my fries. However, my fries, while very very hot, were not consistent in that half were very crispy and half were very mushy. I ordered extra pickles on my sandwich but instead I got 3 pickles in a cup. I also ordered chicken tenders and they came in a gigantic box. The tenders barely covered the bottom of the box. Tiny! No utensils were included either. Therefore, I had to put my 3 pickles on my sandwich with my bare fingers as well as eat my tenders with no fork either. The size of the drink was incredibly small and mostly contained ice. I had no drink left by the time I was 1/3 of the way through my meal. The portions are very small, and I was astonished at the price tag. $5 for a small sandwich (bun was fantastic, I must say!). $5 for 3 thin chicken strips. The soft drink was 12 oz I believe (and mostly ice, remember). You could tell the ingredients were of high quality, but of inconsequential flavor, very expensive, extremely small portions (I stopped at Sonic afterward to fill up.), long wait, and much overstaffing inside (4 people literally stood with their backs to the dining area, doing nothing, the entire time I waited.). The friendliness of service was adequate, but in 10+ minutes, no one ever told me an expected time frame to wait. I might try them again, but this time they were caught with their pants down.

The quality of the food is better than average. The chicken, bread, and pickles are well prepared. The flavoring is bland and not salty or spicy but I think its on purpose because they intend to have the flavor come from the 7 different sauces they offer. They would do better if they made their seasoning/breading salty and spicy, which honestly is over-seasoned, because our overly-stimulated society has come to expect that as normal. My main concern is that the owners do not allow tips or a tip jar. If they want this place to be considered a finer Austin experience then they should take care of their employees like many of the finer food establishments and treat them right and allow them to reap the rewards of working for a finer eatery. Otherwise, its just another fast food chicken joint with chicken that is not as good as the other 4 fried chicken places that come to mind. So they better change their formula and/or their presentation, otherwise this place wont last a year. And I know they fantasize about their flyrite taking on one of the bigger name chicken sandwich joints and probably fantasize about going national, but based on their current formula that doesnt treat their employees that well by not allowing tips and having sub-par fast food, those fantasies will never happen. Change your seasoning, treat your employees better by allowing them to be more personable and let them accept tips. If not, flyrites gonna be flyrong by next summer.

Ive been going here since they first opened as my office is close. The last few times the food has beens sub-par from what I was used to and the service is slow and surly at best. I went through the drive thru tonight around 9. They got my order wrong between ordering and the window. The cashier called out my order and seemed to be amused by the whole thing and was not apologetic. I had ordered the club and reminded her I did not want the avacado salsa but would like the siracha mayo. I got my order and decided to check it before I left. They didnt give me any siracha mayo, so I went back in the store and waited patiently to be acknowledged. Again, was offered no apology and was hastily given my siracha mayo. When I got home I found the sandwich was completely cold (I live close), burnt and they had put the avacado salsa on it. Im very disappointed in a place that claims to be better than fast food. I have had better service and food from What-a-burger at 2 am. For a 13$ meal that was mostly inedible I feel ripped off and cheated. The fries were hot and the lemonade was good, but for a place claiming to be better I feel they are just an over priced gimmicky fast food place with terrible customer service. Go to the nearby short stop or find a cheap fast food joint, your chicken may not be fancy but at least the service will be friendly, the order will be correct and you wont pay a silly amount of money for a meal you cant eat. 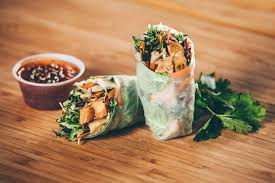 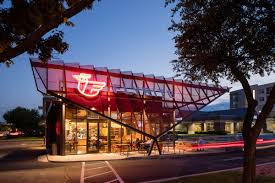 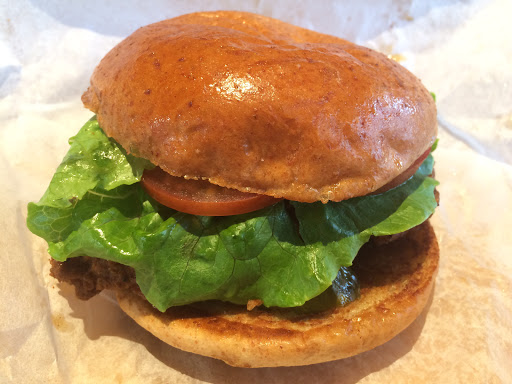 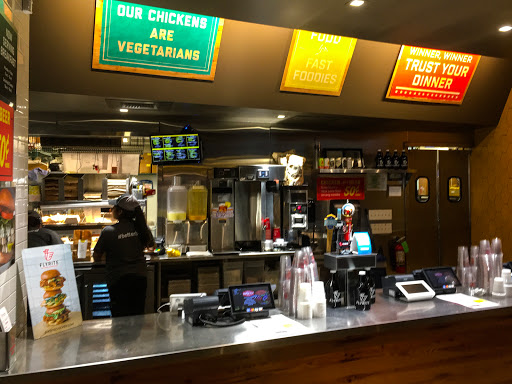 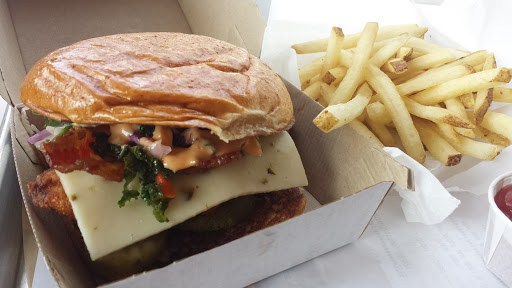 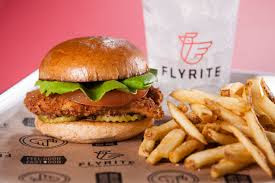 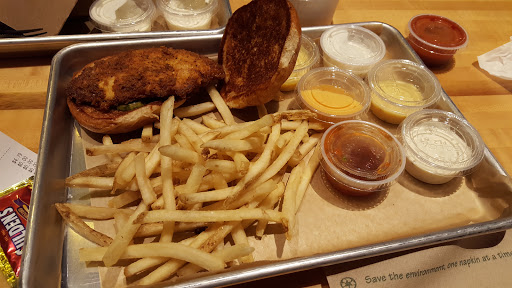 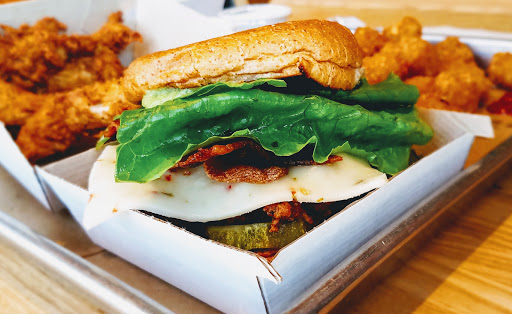 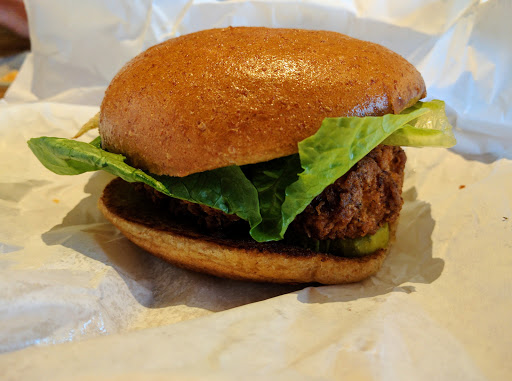 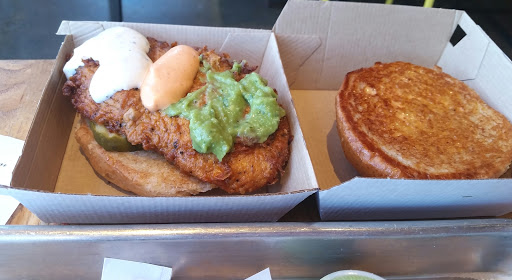 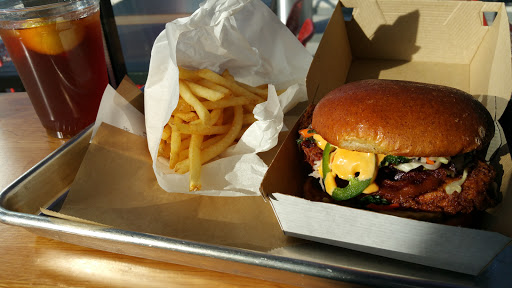 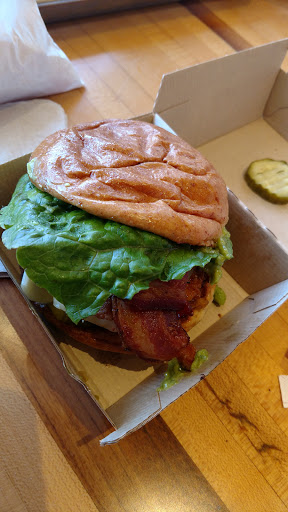 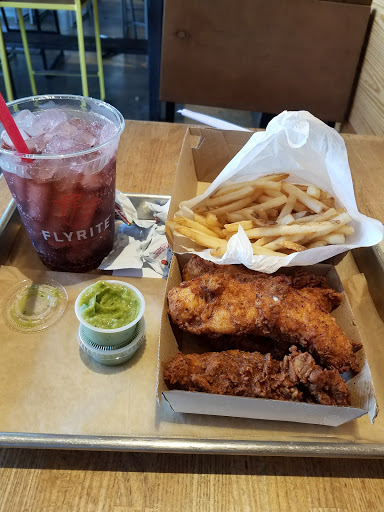 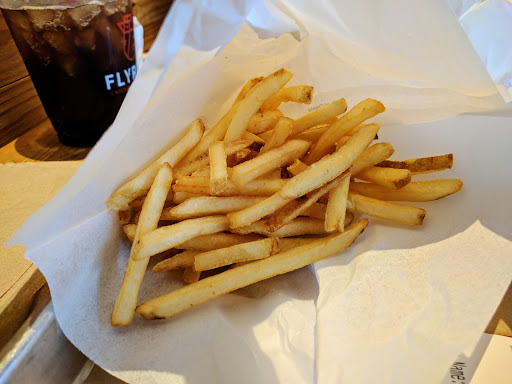 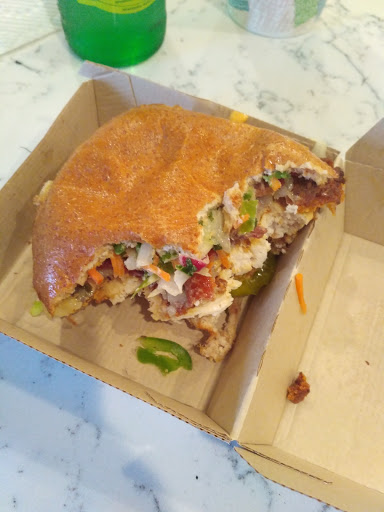 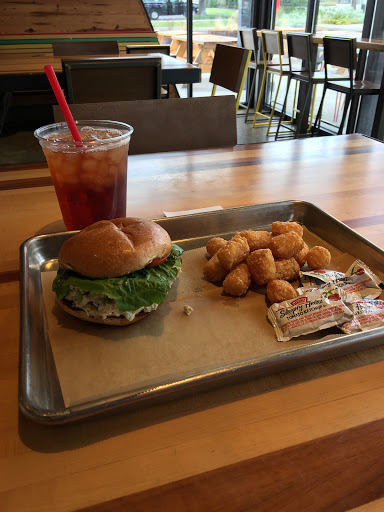 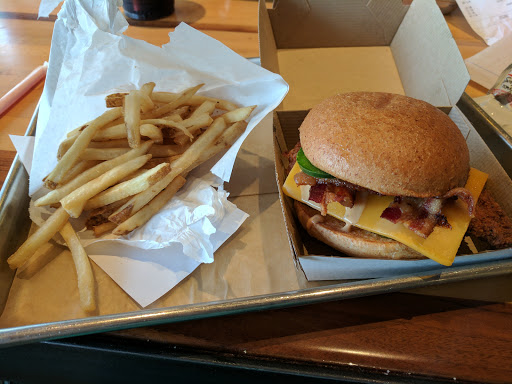 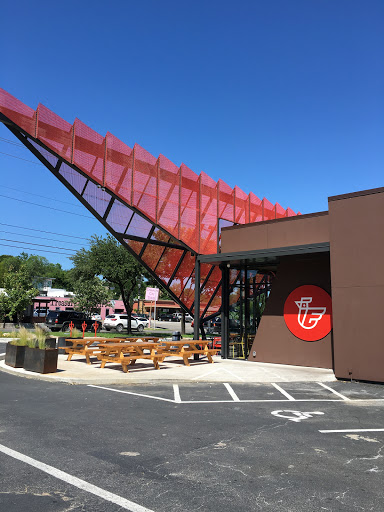