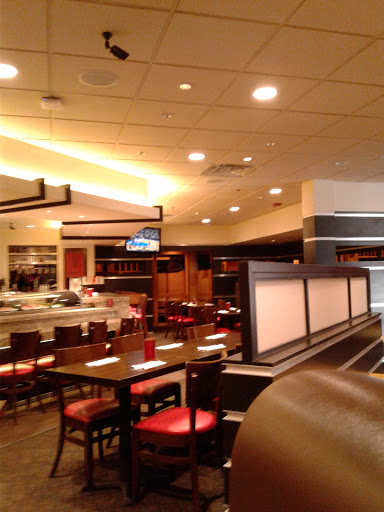 Update: Short version, they no longer use garlic butter except in the fried rice. Chicken and steak taste dry without it, it was really all the flavor. Long version, dropping my review down to 2 stars. Went there last night for my birthday because they have a great birthday club. I got filet and lobster, a $39 entree, plus fried rice which is another upcharge. When it came time to make the lobster I asked the chef, I know you guys started steaming the lobster but can you do mine the old way seared in the garlic butter? About a year or so ago they change the preparation, Im assuming for health reasons to make the seafood a healthier option. They used to sear the lobster and then serve it to you in the shell with tons of garlic butter like a boat. It was awesome, just like how at most seafood restaurants you dip the lobster in butter. Well they changed it but would still do it that way on request. Yesterday though the chef told me they arent allowed to use butter any more on anything. He offered me some on the side instead. I said why that makes no sense and he implied it was a new move by corporate to save money. When youre paying ~40 for a premium steak I should be able to get it cooked in some butter if I want. Whats a tablespoon of butter cost like 15 cents? Its completely ridiculous. I have been at some benihanas years ago where everyone at the table was asking for sides of butter, and I could understand if they charged for that since its additional on the side. But they have changed the food cooking method and its not nearly as good now. The free side? Not the same, I dont want to dip my steak in butter or apply it myself, I want it cooked in some fat, huge difference. Anyone who has ever seared steak on a flattop knows you need some fat in there for flavor and to cook better. My old review which no longer applies except the expensive parts: Benihana has the best, most consistent hibachi style food out there. Ive been to several independent restaurants of the same style and they are never as good and the quality varies quite a bit depending on the cook. Benihana my food always tastes great. There are a couple downsides though, first is price. Ridiculous prices. Their filet steak is not huge, 6 ounces maybe? And it costs over $30. Fried rice is always an upcharge, currently $3.50, and its actually the same price for fried rice added to your meal as it is to get an entire side of it. Doesnt make sense. Kids meals are like $11 for chicken, $8 for just noodles. Alcohol is the worst, speciality cocktails are easily $10. They keep raising the prices on those large sapporos, they used to be like $8, I think theyre $9 or $10 now. Its like stadium beer pricing! I know its imported but you can get them for ~$3 at the grocery store. I think even a bottle of domestic is $5 or $6. They also have this really dumb habit of squeezing too many people into a table. Obviously they want to maximize seating, but we tell them we need a high chair and they just stick it on a corner without removing a seat. The seats are already super tight and they add an extra chair. Doesnt make sense. And because of the seating you can sometimes wait a long time to eat even if its not busy because they wont start until a table is full.

Let me start off by saying that I only gave this location one star because no stars wasnt an option! Just last night my family and I decided to have family dinner here and may I say this was the WORST restaurant experience we have ever had in life!! Management is PREJUDICE, yes THEY DO NOT LIKE BLACK PEOPLE!! there were people who were friends of the chef sitting at our table with us, the chef as usual went around the table and confirmed everyones orders to make sure all was correct and never once said that his friends had extra anything however they ordered the same thing as one of my family members but had three times as much food as she did, the chef didnt even measure their food he just kept piling it up for them, this is unfair right? So the manager comes over to the table and asks is everything going good for us, so I begin to tell him that the chef was giving way more food to his friends and giving us less to make sure they have way more but we are all paying for the same portions, we were simply telling him that this was unfair and just wanted them to be aware that we felt this way because HE DID COME OVER TO THE TABLE AND ASK HOW EVERYTHING WAS GOING! the manager replies that I dont know what I am talking about then another manager comes over and he jumps in my face while I am sitting down KEEP IN MIND HE IS A BIG GUY AND I AM A FEMALE all we were doing is telling them how our portions were not spreader fairly and he jumps in my face I thought he was about to hurt me, I asked him to please get out of my face because I felt threatened at that point because he was angry for whatever reason and was so close I almost fell off of my chair trying to make sure he didnt hit me finally he yells IM NOT GIVING YOU ANYTHING FREE!! we never asked this man for anything free as a matter of fact we were paying our bills before he came over and asked how we were doing but because we are black he said we were looking for something free, still he is in my face so I asked him again to get out of my face because I really felt like my life was in danger at this point because he is bigger than me and in my face and he says to me DONT NEED TO CALL THE POLICE!! Call the police because he was in MY FACE?? really? my family asked for a number to the cooperate number and he tells us his name which is a very common three letter name and he tells us to make sure we spell it correctly because we are black we are dumb and cant spell a three letter name he also told us to make sure we get the cooperate number right because we cant count and we are dumb I will never be back and if you are of color like me I suggest you help u help us spread the word and not go here as well I have never felt so insulted and disrespected in my life and it was all because of the color of my skin!

The food was okay. Staff inattentive and disorganized. We called at 9:45 asking if we could arrive around 10:15 since they closed at 11... the waitress told us no, but we can just walk in and see if we would be seated. Once we arrived we noticed that there were others waiting, and have been waiting. We were seated around 10:35pm pretty quickly for us, but the rest had been waiting upwards of an hour. Once we sat, we were told by the hostess we had server by the name of Lisa. 15 minutes later, a man comes to take our drink order, he was afraid wed be upset but we knew he wasnt lisa and he was there to simply help, he then took our food order and put it in, 30 minutes later the chef comes out, and he has confused the entire order, he doesnt know who ordered what, and instead of listening to the customer, he calls lisa over who has no clue who had what because someone else took the order. The lied to me about the dipping sauces simply because it was the end of the night, and they didnt want to pull anything else out. No show, I wasnt really concerned Ive been here many times before however everyone else at the table was bored out of their minds, staring at the walls while he cooked, they vegetarian meal right next to my chicken. Pieces of my chicken went flying in their meal, he used all the same utensil, Im sure their meal had chicken bits and stock in it from my food. We were given the last bit of everything they had so the salad dressing was disgusting, plates were dirty and the menus were full of food in the form of a finger print. Things have changed here a lot, youd get more food and better service at the Ichiban in Ypsilanti. I previously considered Ichiban as an imposter, but they are now my preferred Hibachi restaurant outside of Wasabi. 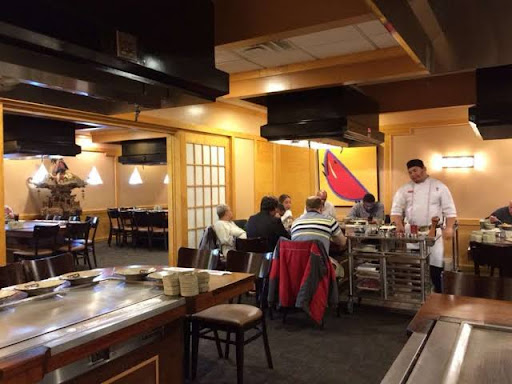 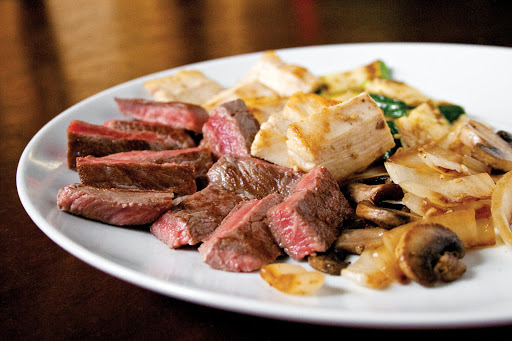 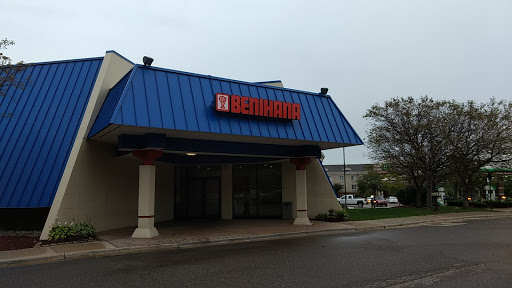 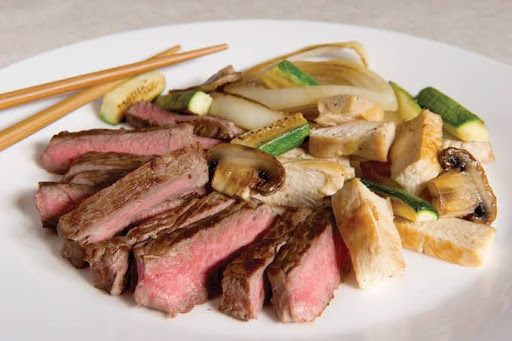 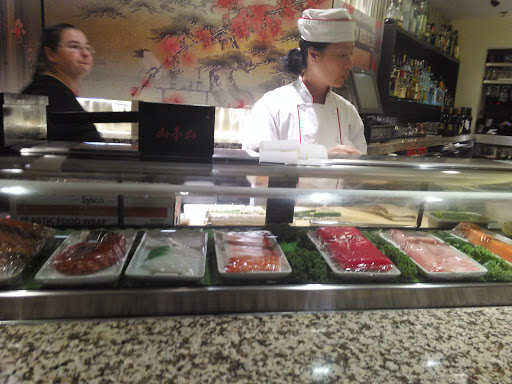 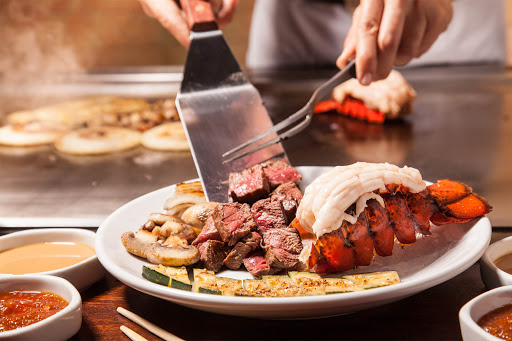 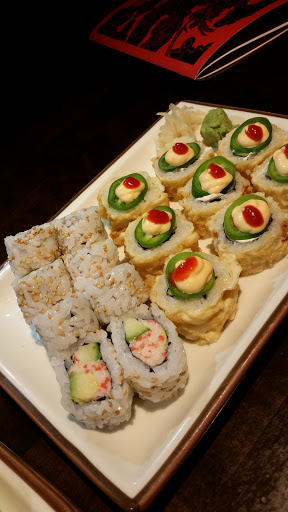 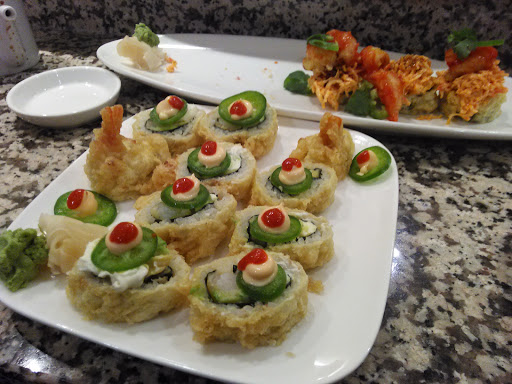 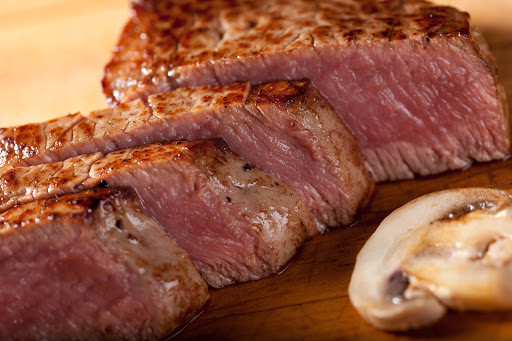 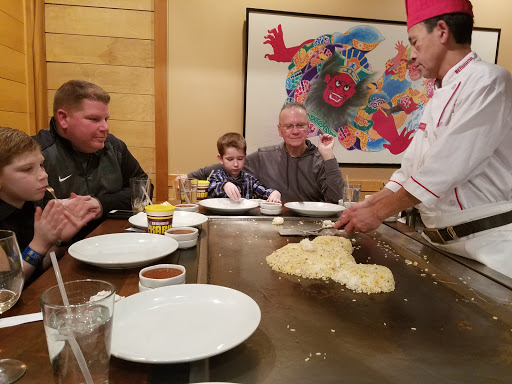 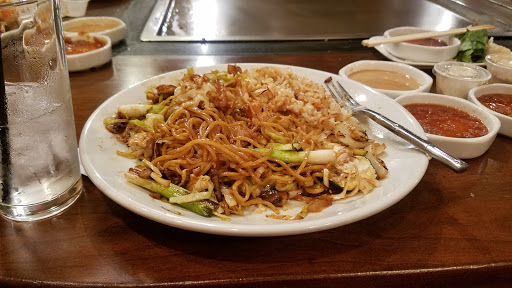 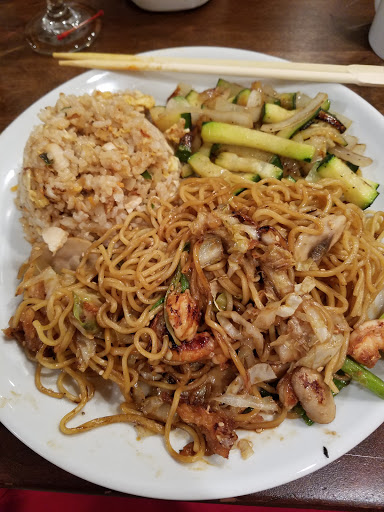 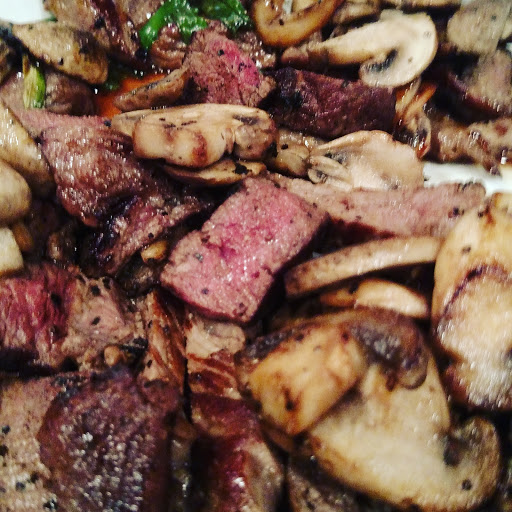 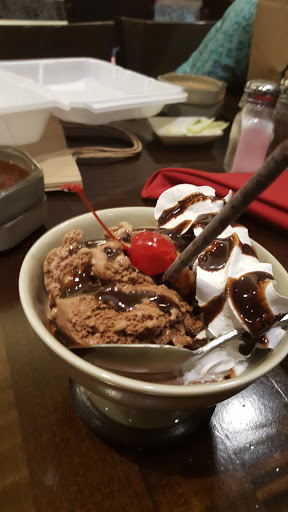