I dont know what that guy from NYC is talking about. He is tripping....Im from Chinatown NYC area for 30 yrs of my life and him saying its great is like someone saying Chef boy ardee is amazing Italian American food...The food there is OK...edible but not amazingly good. Service was fine (and it doesnt have to be phenomenal, its a Chinese buffet for chrissakes!). No one yelling, no one being snippy.....just take my plate when i eat it and give me water. .The decor is the decor...i wouldnt rate based on the decor because it doesnt effect the freshness or variety of the food....BUT i do have something to add about the decor. There are two open sinks right on the sides of the dining room floor. That really gave me the creeps. My party of six got sat next to one of the tables next to the sink. The idea of having someone wash their hands about a few feet from where you eat is unnerving and gross. Now, like i said, the food was meh...it was edible and i didnt get sick. The "sushi", with maybe only 3 varieties, TOPS, was really sad, abysmal. (NOTHING like Crazy Buffet in Metrowest or Ichiban in Kissimmee) Its worse than the cheapest sushi sold at Target, so dont go there for that. You will see very little amount of seafood (maybe some shrimp here and muscles with mayo on it). I would describe the food overall is a pretty solidly, less than the mall quality Chinese American take out food. Dont expect anything exotic. At less than $8, shovel this stuff down your mouths to your hearts content and remember you really do get what you pay for. If you want to spend your money wisely on an excellent buffet, go to Crazy Buffet on Hiawassee and Colonial. If you dont want to spend that much for there, go to Ichiban where their food is also pretty good. If you want pretty fresh take out i always recommend Andys nice house down the street.

Me and my friends went to joy luck and it was the worst service I have ever experienced. Ill talk about the food first which I found very mediocre and below average. For the most part it was the same types of food with little to no variation. They tried to make american styled food like french fries, fried chicken, chicken nuggets, pizza,etc. Which I found it to be a cheap knock-off and nowhere near like the real products. Also the brownies tasted like cement. Now to the horrible service which I feel is the other half of the experience. I knew it wasnt gonna be good when the waitress threw of straws on the table and messed up our drinks. Now the drink mess up is a understandable mistake but when we got the check and we asked for a few minutes to get the money together she would not leave and acted like she didnt hear us and while a few of us were still eating (including me) had to take out our wallets and pay then and there. After the bill was payed we felt eyed down by the employees like they waiting for us to leave with some of us not even finished eating. We then opened our fortune cookies and one of my friends cookie was already opened and some others we wet and flat and it looked like a small stale editable Frisbee. I would not recommend and not be returning again,

We should have guessed it wasnt very good when we arrived at 6pm as the only guests. First appearances were promising - long steaming tables of nice-looking food. Attendants stood by, checking the food. Another look around we noticed that the decor was bizarre with porcelain sinks with paper towels and soaps on three walls. A 10 year old with us asked if this was a bathroom with the walls knocked down. When the server arrived at our table we asked for pots of Chinese tea and were told they didnt serve it. !? They had tea bags, she offered. When we got to the food it just wasnt good. My sister tasted a dumpling and spit it out, believing it was spoiled. The same with the shrimp wrapped in bacon. Her chicken wing was raw inside. I tried the General Tso chicken, the sesame chicken and the chicken with white sauce and they all tasted exactly the same. Pretty much everything I tasted tasted vaguely of the kind of Chinese 5-Spice you can buy in a jar at any grocery store. Dessert items were oddly placed around with entree and side items. When other guests arrived, (maybe 3 parties between 6pm and 7pm) they were of a size, shape and dress that made it appear as if they concentrated more on quantity than quality.

I dont know what you people are expecting for 7.99 in Southchase. Yea the food is nasty as hell, the service is worse when it is time to leave a tip they stand over you as to make sure you leave one. I dont just because they are standing over me waiting.. But again the couple times I have been I know what to expect. But I cant complain about it, name a buffet that isnt nasty? Even the better ones out there all have their flaws. I live right down the street from this place and ONLY have been 2 times. But reading these post are funny cause did you actually think it would be good? I mean REALLY? What I find even more funny is that people love the Mexican restaurant near Burger King in Southchase and I bet most of you dont know that, that before that restaurant was there the other closed because of a roach infestation. Now answer me this, how the hell did they get that cleaned up???? Ive been in the restaurant industry and lemme tell you if you knew HALF of what went on in the back you would NEVER EAT OUT!!

Came here with my mother for some nice, fattening american chinese food. Had a great time! The buffet price is very good, only 7 dollars when we went there. The food was amazing fare for a buffet! They had a HUGE selection of food, every american dish you could think of, and a few real chinese ones too. Everything was crispy and fresh. I suspect this may be accomplished by the steam they have at the buffet lines. They even had mung bean buns which i have never seen before in a buffet. The sushi was fresh, although the selection was really basic (probably to keep the price down). They do have hand written signs around asking politely to not waste food, which is just fine by me. Its how they can keep their costs down! Staff was friendly and polite, and never intrusive or rude. Overall the best buffet i have been to, ever. will definitely be coming back

My significant other and I are nurses who live in the Orlando area. We spend way too much money eating out so we decided to give up the Disney restaurants for a while and try something less expensive. Frankly, this is one of my favorite Chinese restaurants anywhere. The other writer is correct about the hand written signs not to waste food (some of this is cultural, and goes to the authenticity of the atmosphere as in many places in China wasting food at a restaurant is literally a crime). However, everything is extremely fresh. It is a rare day indeed that you get General Tsos from a buffet that is actually fresh enough to still be "crispy". The plum bisquits are amazing and the hot and sour soup has mushroom that are very fresh. 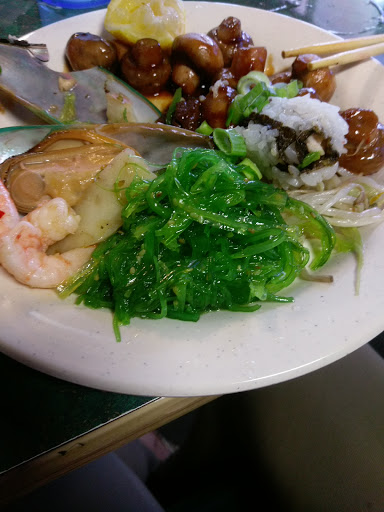 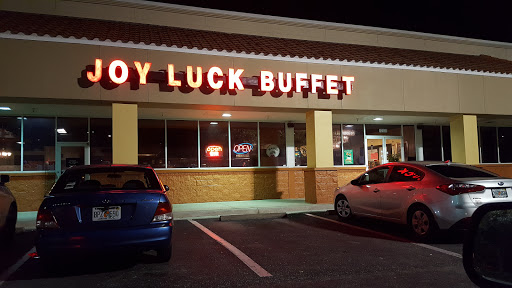 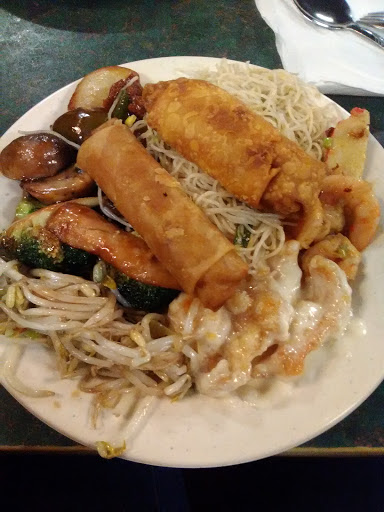 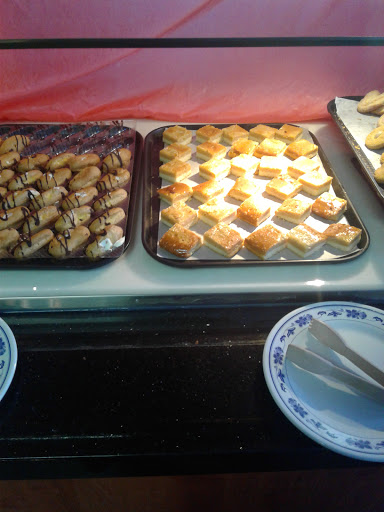 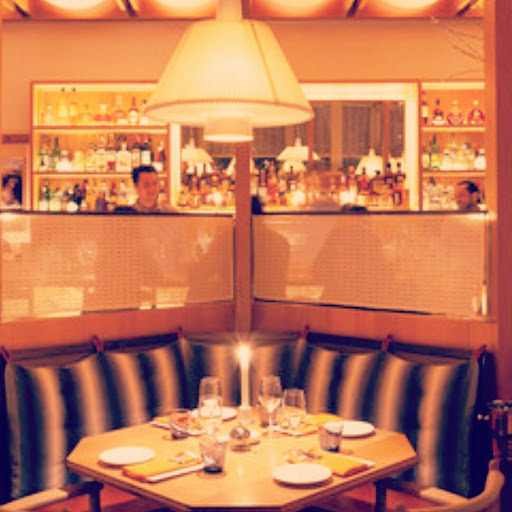 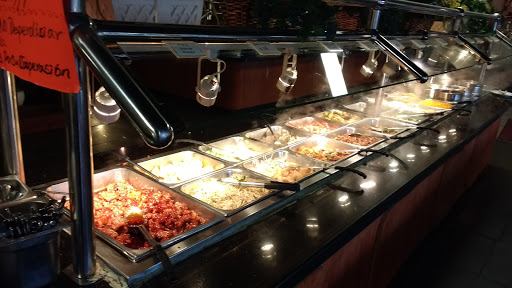 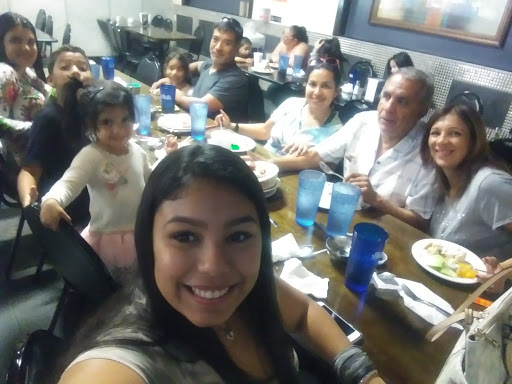 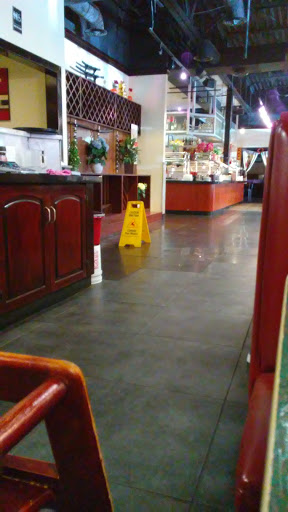 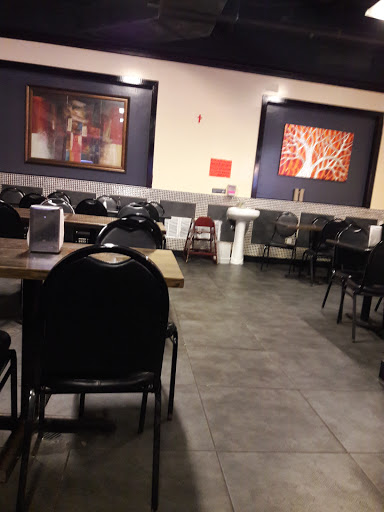 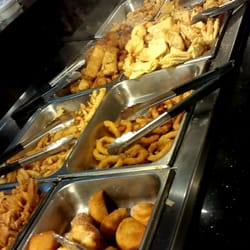 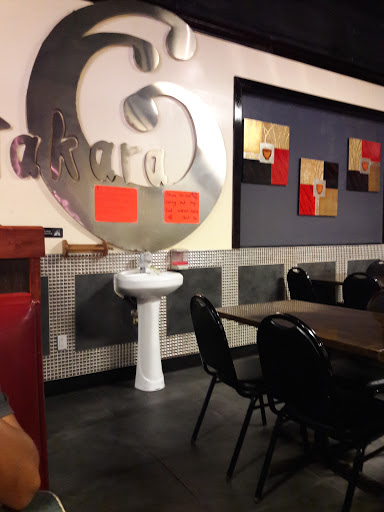 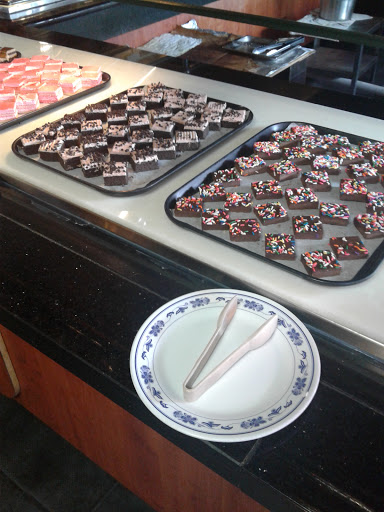 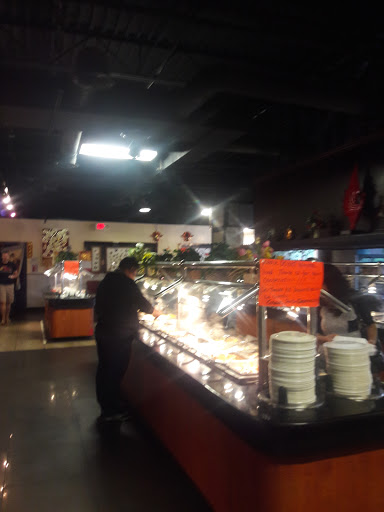 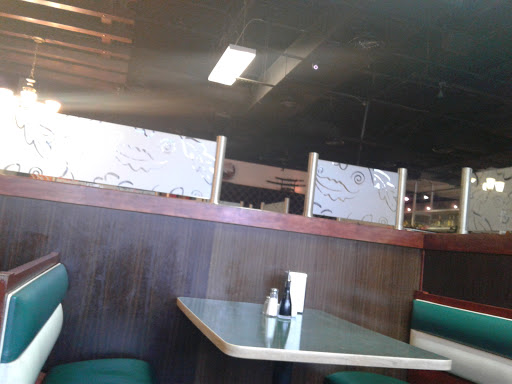