First i was told that they didnt deliver to my location. Went online and ordered at 7:15pm. and the online stated that specific store would be the one delivering the pizza to me. My pizzas price total came up to be more than what the offer was for so i had to call bk to the store anyway. After they manually put the order in the price came up correctly. Had to inform them that they did deliver to my location and they told me at 7:23 that my order would be to me at 8:22. the delivery actually came at 8:53, but it was made wrong. I gave it bk to the driver and called the store at 8:55. They told me that they would send the correct order out and i would recieve it in 30mins. At 9:55 I called bk to the store to see what was taking so long and if my order was already in route and was told that it was but they said they couldnt tell me when the delivery would arrive. at 10:20 I called bk to once again check on why I havent recieve my order yet and asked for a mgr to tell me why, but was put on hold for 15 mins. Had to hang up and call right bk. After 4 mins that time he comes to the phone and tells me that my order was still at the store. He then told me that I needed to be more understanding because his store employees were mostly teenagers. I told him that Pizza Huts bank account doesnt look like a teenagers account, he acted as if he was doing me a favor and told me that he would reverse the charges on my card and that he would get a store employee to deliver the pizza because he did not know where his drivers were. I finally got my pizza at 10:55 and it was cold. Never again but Im going to make sure that corporate gets an ear full and I probably want eat Pizza Hut for a long time because the worst part of this bs is that I was trying to feed my 5yr old. Pathetic!!

Horrible, pathetic, customer service as well as youll never receive your food even with it being already paid for....Delivery drivers will lie as if they came out an even with directions given to them before hand they want call if there lost, But will take your food back a lie as though they called you...Order was placed at 9:11pm and I still yet dont have my order...Called them about 4 times only to be lied to as well as put on hold... Its seems as though if orders come in after 8:30pm this is the result..You will not receive your food because theyre focusing on closing at 11:00pm Companies or going down with hiring such poor help...Given 1 star was to much because they deserved a -10 for the lack of services they provided..The merge with Forest Park an Lake City was the worst mistake...Just received my refund after a week not only was delivery service but the Store Mgr is horrible, Going in the door on the today(6/27) she was standing at the front with other workers once they made her aware the reason of my visit (to get refund) she approached area not once did she speak or anything...or as we left she never even said have a good day the place is horrible....The funny thing is that theyre quick on going back after a bad review saying great delivery thats a joke...Its one person there that Ive had a positive experience with and shes from S.C.. She definitely should be the manager.

Have ordered from this location before with no problems at all, but todays experience, I feel, deserves a write up. I ordered a medium pizza, extra mushrooms regular olives, double order of bread sticks, and miscellaneous sauces. I started to get worried when the delivery time came and past, since in my experience theyre pretty good about making it. Delivery gets here, I pay and she hands me my food. It wasnt until I sat it down that I realized I had two pizza boxes as well as the bread. I checked my receipt and it was correct. Past experience on the phone tells me calling is useless, since I compared the two. Both mediums with mushrooms and olives, but one is slightly darker around the crusts. Best I can assume (without killing over 30 mins waiting on the phone, is they cooked one, saw it was too dark and quickly ran a second before sending it out. Was less than 15 mins late, so I have to positively comment on the preemptive customer service, and appreciate the extra pizza (still tasty!) since it was a bit late. Considerate and kind drivers as well.

My last experience at this branch was not very pleasant. Now I usually tip the delivery driver in cash when I have it on hand. However, I just had my charge card and decided to charge my tip as well. I specifically wrote on the copy 7.25 which was a little over 20% of my bill. I did this because I understand that a lot of the drivers use their tips as their source of income because they dont make that much as a driver and must provide their own gas for their vehicle. The next day when I checked my account I was charged an addition 17.25 on top of my original bill which means they took an extra 10 WITHOUT my consent. When I called the restaurant they told me that I would have to come to the store to receive my refund because thats how their machine works. smh LIES. They use the same machine that the branch I used to work and they could have reversed the transaction with just the last 4 digits of my card number. The management was rude and I later reported the incident to corporate and I received a partial refund.

Ive ordered from them plenty of times in the past have never had problems like this before. I placed my order online, like I always do, around 8:40 around 10:15 I call to check on my order since it was supposed to arrive around 10, they told my its about to be put in the oven. So 11:30 rolls around I call again, and this time they tell me that I have four orders in front of mine. Still waiting I call back at 12:30, they answer telling me they are closed, I explain that I placed my around at 8:40 and she looks up my order from my phone number and finds my name, and tells me itll be out as soon as possible. Its now 1:13am and my order still hasnt arrived. I honestly cant imagine any reason why my order would take this long, other than just flat out bad service, and Im forced to assume my order is just not coming. Im very disappointed and left hungry and frustrated.

My worst experience at a Pizza restaurant in my life! They completely forgot about me and my order!!! Im beyond upset. My name was at the top of the list as far as being ready but I was the last person to walk out of the store! They explain to me that my first order was made wrong and that my second order would be ready in 10 mins! 15 mins go by and still nothing. I ask where my order was and they seem to look as if they didnt know. Not to mention the rest of my order was just sitting on the counter!! They didnt offer me any thing to compensate for my order or my time and didnt seem very apologetic. What made it worst was the cook came to the front of the store to converse with another customer as I sat waiting for my order!! Will never return to this location and probably wont return to another Pizza Hut either! 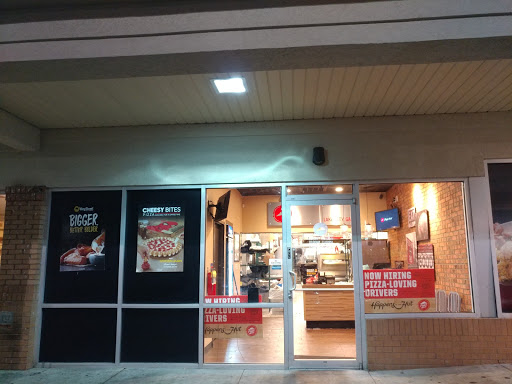 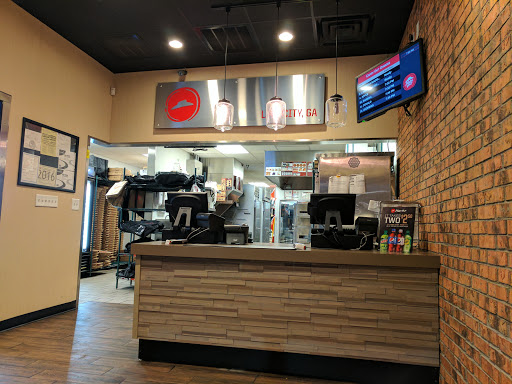 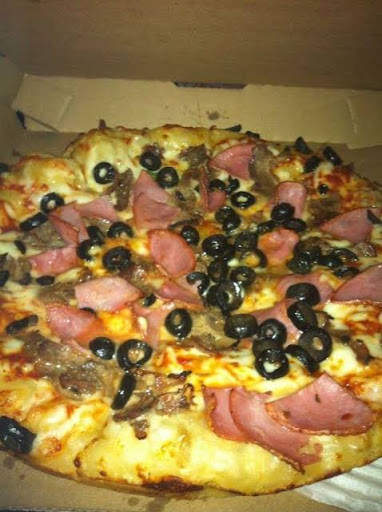 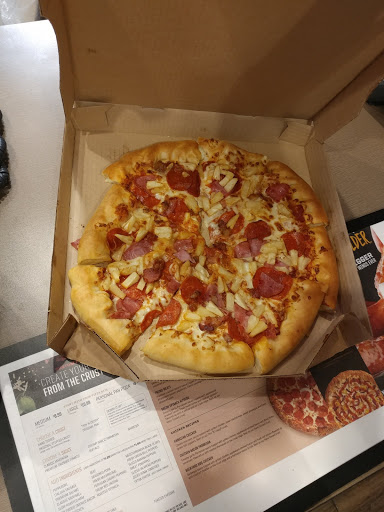 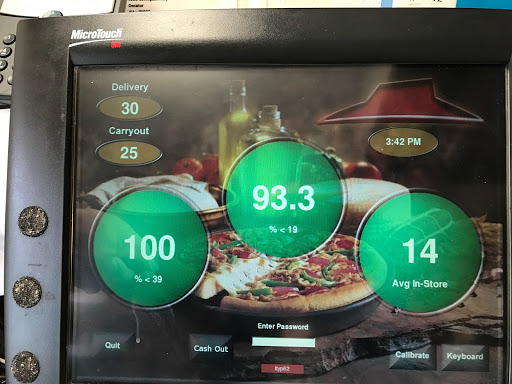