If the food is not fresh, and the quality of the produce is subpar; do I need to be an expert in Korean cuisine to tell you that this restaurant is a no no?? bathroom and table cleanness: 1 star Service: 2 star Food: 1.5 star My Friend and I were tempted to try some of the 24/7 places in k-town, and without much research stumbled upon this place, it seemed good enough to fill our bellys @3:30am. Without wait we got seated on a filthy table, I actually almost got myself dirty... So I went to the bathroom to bring down tissues to clean our table... (This is what I usually do in restaurants if my table is not clean, instead of waiting for someone to clean it) omg! The bathroom had vomit on the seat, and the door handle was so dirty, that I had to use tissues to open to door! Disgusting! We decided to go for the mix soondubu, that comes with banchan/ side dishes, and when theis little plates arrived, we started nibbling on them, I basically tried all of them before I was like do you feel the same? And she was like I was about to ask you the same! The banchan! all of them, yes, all of them including the fried fish, was just so distasteful, and off putting, it just ruined my appetite, and I had my fair share of Korean stuff, but I was like maybe the soondubu will cover for it, but I was wrong... I mean yes the tofu by itself was not bad, but everything else was just so unfresh, it tasted like straight out of a microwave... This was my lease enjoyable way of spending $20, so thank you, and never again.

I was disappointed when BCD Tofu House closed its doors a while back. Its on my short list of places to eat in Ktown and now Im very happy to see that theyve reopened their doors just a few steps closer to 5th Ave. The decor retains the same feel as the old venue but there are a lack of booths and tv screens, which was a bit disappointing. Whats important is the food and I am glad that this aspect hasnt faltered one bit. Instead the quality may have improved. During lunch, they are putting more emphasis on combos but beware, these combos are ginormous! I ordered the kimchi tofu stew with a plate of stir fried pork with more kimchi. Aside from the banchan and rice, there was so much left over that I actually had to take the rest to go. The flavors are great, providing a spicy, tangy and earthiness without being overbearing and the kimchi and pork was cooked very well. The banchan was typical Korean fare and each of us were given a fried fish as well. The service was average at best. The staff didnt seemed like they wanted to talk with us and was quick and abrupt taking our orders. The food actually took longer than other Korean restaurants in the area so if youre pressed for time you may want to reconsider. Still, the food was good enough that I would come back here again just not before other places only steps away.

When I think of Korean food, BCD Tofu house is what strikes me and for obvious reasons. Come here famished, cos they offer you more than you order. Yes, Im referring to the banchan - small plates of appetizers. In case you didnt know, banchan is free! It has a good mix of vegetarian and non-vegetarian appetizers with the standard - kimchi, something green (kale or spinach or broccoli), bean sprouts, pickles, a non-veg item (has been different each time) and fried fish (mackerel). Love the fish, but beware of the bones. Whats good? Soondubus the best. Its a soft tofu soup that comes with rice on the side. They also give a raw egg you add to the piping hot soup and let it cook on its own while youre busy munching on the free appetizers. Seafood soondubu (with shrimp, clams and mussels) is flavorful and my most favorite dish here. For vegetarians, bibimbap is a tasty, healthy option. You can also opt for any of the tofu soups without the meat and theyll customize it for you. Dont hesitate to ask for a take out box for the left over soup. They are extremely courteous and more than happy to see you not waste food. Its a filling, rather sumptuous meal for cheap. Huge place, lots of seating, but theres still a 10-15 min wait. Dont get bogged down by the wait, believe me, its worth it!

3.5 stars for a 24-hour establishment, the food here is pretty decent (especially coming from san antonio where the only thing you can get after midnight is mexican). however, as far as price and food quality goes, bcd is not much of a winner. my dolsot bibimbap was $15.99 and was definitely below average. the bulgogi was almost $20 and was just okay -- definitely on the sweet side. the banchan were very disappointing (no fish cake, bean sprouts, or kimchi cucumber!) there were these sweet black beans and american pickles... and everything was so sparse (like 3 pieces of broccoli in one plate). the tofu soup was okay -- i like that you can get it mild or not spicy if you want. we asked for mild and it actually turned out to be really spicy though, so we had to send it back. service here is pretty bad. there was one waitress taking care of pretty much all the tables so our water was never refilled and it was hard to flag her down to get our check. although the food here was just okay, i might still come back if i somehow was craving korean at some weird hour of the night. plus, free street parking right out front (on sunday nights at least!).

I loved BCD when it was down the street. I went there at all hours because its open 24/7. Once, I flew in from Ecuador at midnight and was slurping my tofu soup by 3am. But then, they closed! Sadness ensued. Yes, I went to other spots but man, no one else puts mandoo in the soup. Le sigh. I was thrilled to see the signage for the new spot and seriously stalked it until it opened. Ive been there three times now since it opened. The first time, I was turned away for a private opening party. OK, fine. The second time, they lose my check and kept saying loudly in my face, "Did you pay? Did you pay?" like I was trying to duck out or something. But ok, maybe its just newly opened jitters. The most recent occasion, they give my credit card to someone else and thank goodness they came back 15 minutes later with it but they kept asking me to "check again" as if I hadnt given it to them at all. Nothing like this happened at the old spot but between the check snafus and the increase in prices, I dont see myself coming back here. It breaks my heart but Ive been yelled at unnecessarily in broken English too many times now.

I came to this place after searching for recommended eats near Madison Square Garden, as I had a show to go to in a few hours (Porter Robinson, if you must know!) This place was promised to be good food, not break my wallet, and relatively healthy. All those promises were kept! The total came out to be 14 dollars a person, the service and food were impeccable: fresh bok choy, egg, and pickled seaweed. It was delicious, not too fancy, and a great value (especially in New York). The vermicelli noodles I ordered for my early dinner were cooked to perfection, and the mushrooms I got were bursting with flavor. These guys know what theyre doing. The show afterwords was mindblowing, definitely the best show Ive been to. The visuals were out of this world, the passion there was palpable, and MSGs sound was perfectly mixed. I would totally recommend that too. 1 star off because none of the entrees were experimental or too interesting, but what they are doing, they are doing well. 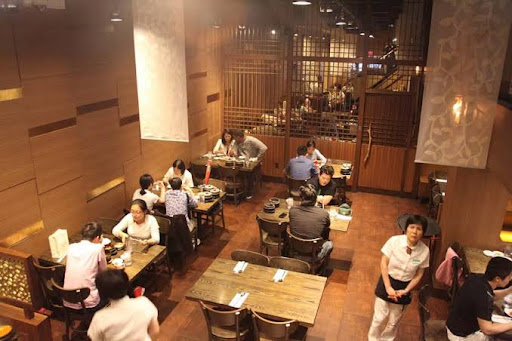 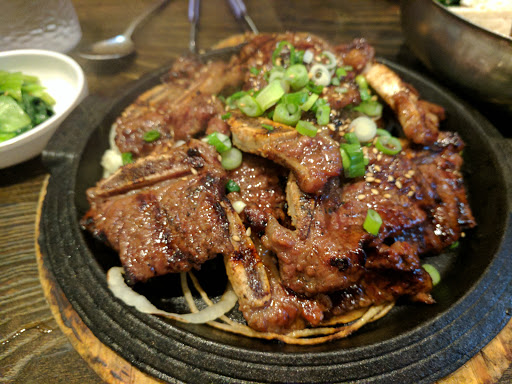 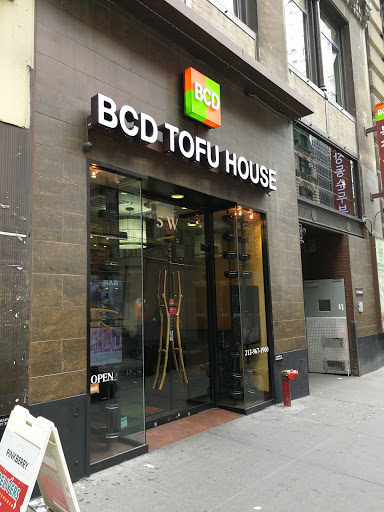 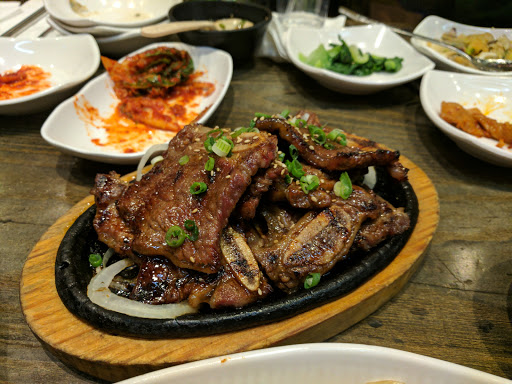 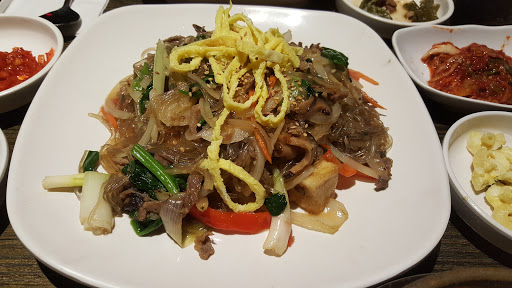 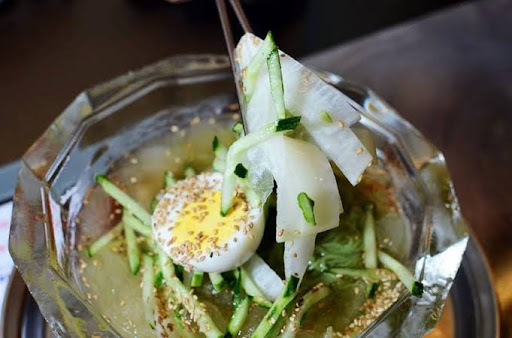 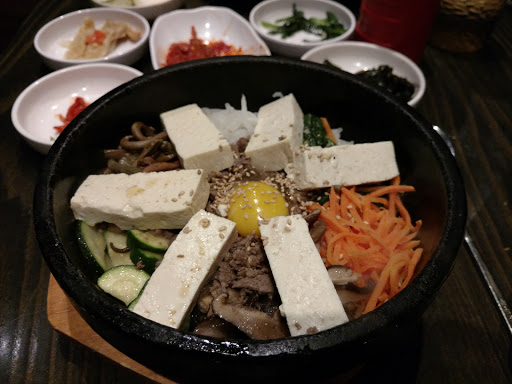 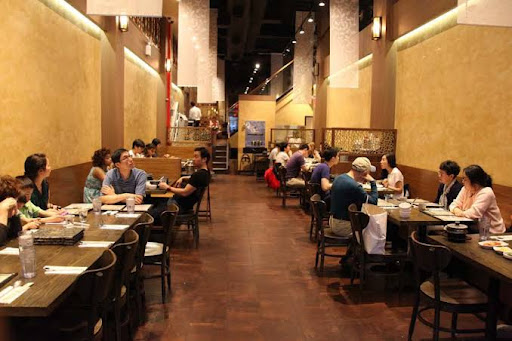 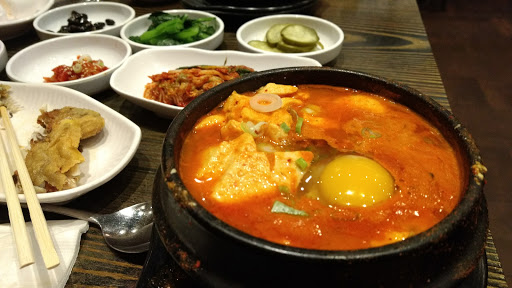 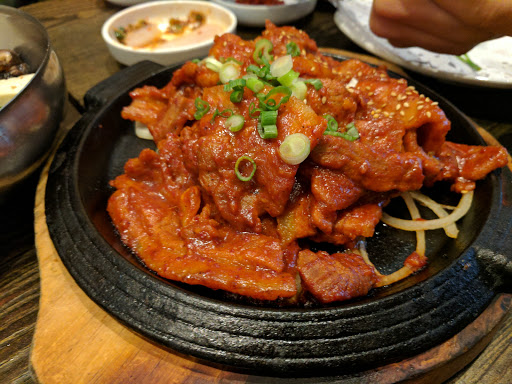 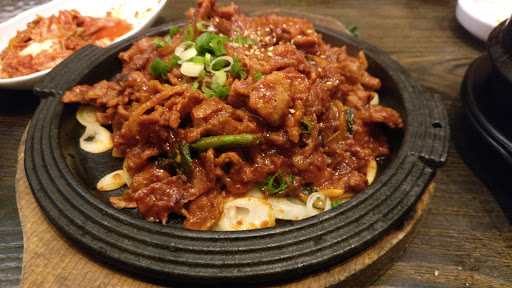 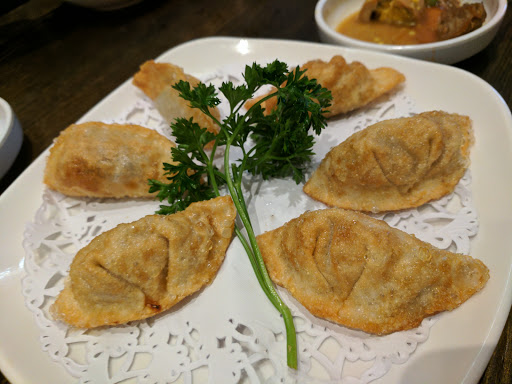 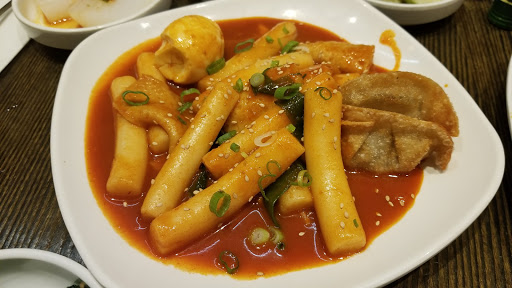 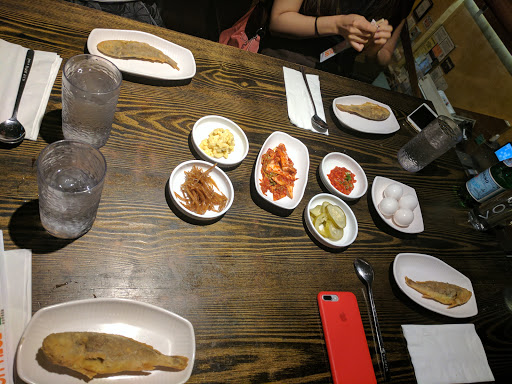 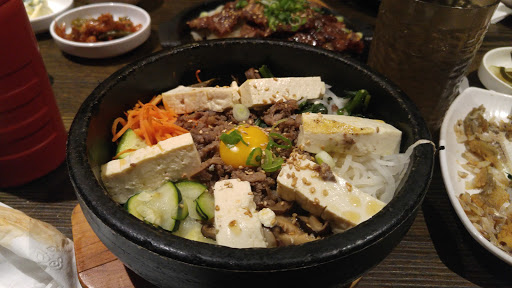 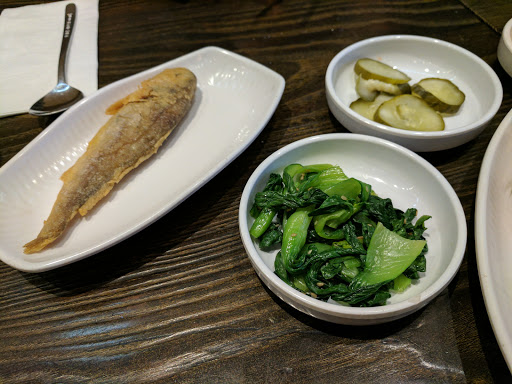